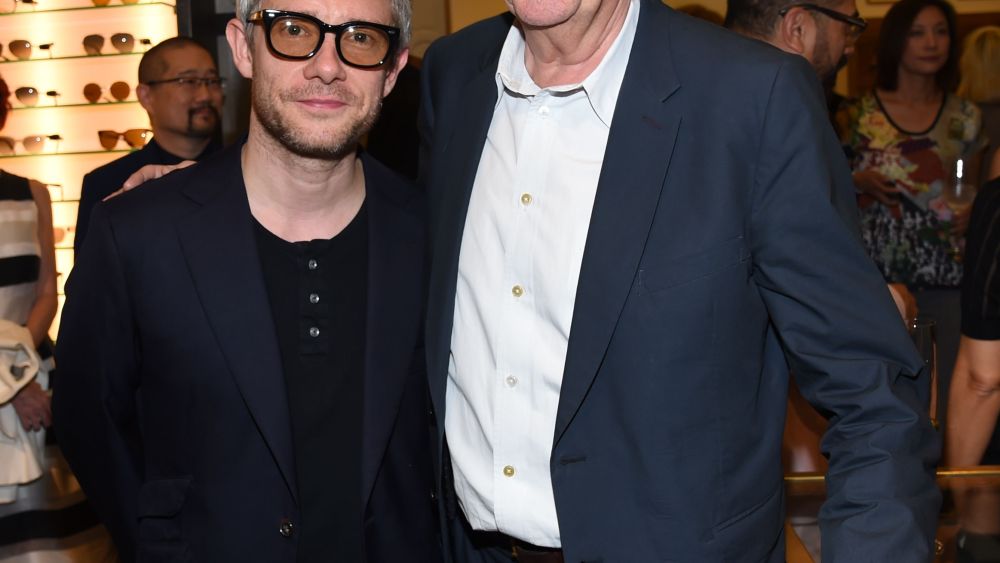 On the cusp of his seventh decade, Sir Paul Smith shows no sign of slowing down. In the past two weeks, the designer jetted from Moscow, where he celebrated the opening of a new store, to his hometown of London. Then he journeyed to Tokyo to give two talks in front of some 4,000 fans at Waseda University, and finally to Los Angeles on Thursday.

Minutes after touching down, he was whisked to a lunch to unveil the latest of his 64 silk and wool designs for The Rug Company. The grand finale was a party commemorating the 10th anniversary of his store on Melrose Avenue that night.

Even within the massive emporium’s pink walls, surrounded by guests such as Martin Freeman, Illeana Douglas, Jody Watley and Eric Buterbaugh, Smith didn’t stand still. He gleefully showed off the white lamps he created with Anglepoise, the leather wallets and iPad covers that were embossed with the same pattern from the iron facade guarding his Mayfair store in London, and the wool suit he designed specifically for travelers who preferred to look dapper in tailoring rather than sloppy in sweats. When a store clerk announced the price for the massively popular suit — $1,530 —  “It sounds like the year I was born,” Smith said.

Smith can rival someone a third of his age when it comes to social media savviness. With 229,000 followers, his personal Instagram account boasts nearly 10 times the number of fans who are subscribed to his company’s feed. He also has a hashtag habit, tagging all his posts as #takenbypaul. “The interesting thing about my Instagram: Literally, you get people from Denmark, you get people from England, you get people from Japan. It’s just fascinating how quickly people respond to the photos,” he said. “It’s what especially our young customers really enjoy.”

Even his L.A. store is big on Instagram. Relaying trivia he heard that the pink cube is one of the five most Instagrammed buildings in California, he humbly admitted, “I don’t know if that’s true.” What is certain is that “the actual store itself has been a landmark with the bright pink facade,” he said. “It’s a point of reference for people to meet.”

Freeman, who’s best known for embodying the titular role in “The Hobbit” film franchise and modernizing Sherlock Holmes and John Watson’s crackling rapport with Benedict Cumberbatch on TV, just happened to be in L.A., finishing a movie called “Fun House” with Tina Fey. Of the Smith connection, he said, “I’m a big fan of his but I’m not wearing his clothes tonight.”

Still, Freeman earned his keep. After playing a photographer named Iain in “Fun House,” he expertly snapped photos on a phone of Smith sandwiched between a couple of fans — for Instagram, natch.