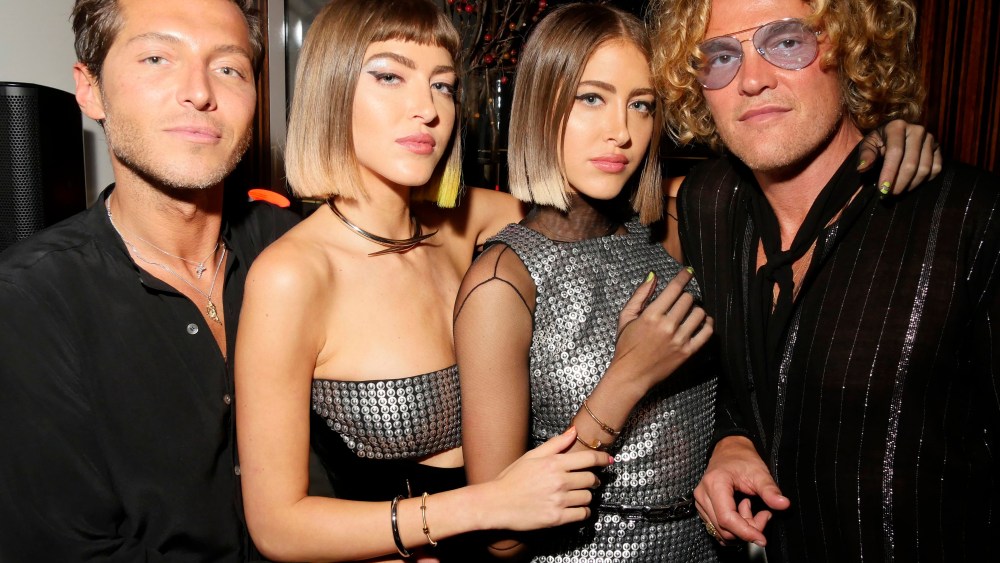 “The music just went off for a second but it’s back on, so I’m happy,” said Peter Dundas, near the front of his SoHo boutique on Thursday evening. The music was indeed back — and loud — and the crowd was busy mingling about between racks of clothes, drinks in hand.

It was only 10 p.m. but Dundas had already had a busy night. He’d been to Russell James’ book party, then the Frame dinner, before making his way to his own affair. The occasion? A celebration of the opening of his New York City flagship, a pop-up shop that is the brand’s third in the traveling flagship concept (following L.A. and Mykonos).

“It’s a special selection of the collection, for sure,” Dundas said of what sets apart the New York store, which will be up through Oct. 4. “A bit more urban. New York is daunting and scary in a different way, but it’s been really wonderful. We’re really happy to be here.”

The designer admitted that such a busy social schedule was not out of the norm for him, especially during fashion week.

“I’m going to go to a couple dinners with friends to support,” he said. His own parties have garnered a reputation for being some of the best — the secret to which, he divulged, is a mix of “good music, nonstop bar…[and] good lighting is important as well.”

“I’ve actually been listening to a lot of Eighties,” he said, as Madonna’s “La Isla Bonita” played overhead. “We had an anniversary party for [Evangelo Bousis’ and my] four years together in Mykonos. I had [a ton] of people at the house, and it was filled out as well. The thing that was nice that happened — and it happened tonight as well — is that DJs have been contacting me wanting to play. Which is what we had in Greece as well for our party. The DJs kept showing up after closing saying, ‘can we do a set?’ It’s good — it’s a good sign.”