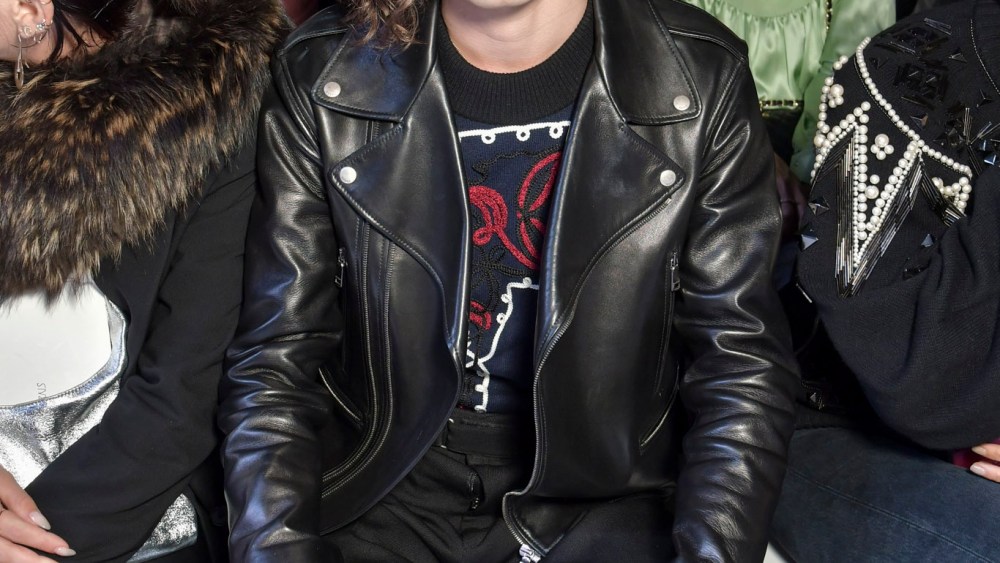 MUSIC, MAESTRO: For his sophomore album due out next January, Garrett Borns, aka Børns, has tapped into a “futuristic Beach Boys” register. “Whatever that means,” laughed the androgynous singer-songwriter at the Sacai show Monday.

“I draw from a lot of older inspiration, Sixties and Seventies rock, but this album is a little more orchestral, there’s more layers in a way,” continued the artist, who will be touring in France in November. For this week, he said he had arranged a listening party in Paris so a select few could preview the new songs from the album, which just wrapped. “It’s a good excuse to preview some of the things, get some reactions,” he explained.

The current French music scene was an inspiration for DJ and music producer Diplo, another front-row guest. “There are so many cool new French rappers like MHD doing some really cool music, I’m really, really into it,” he said. “They’re mixing African and French music together, it’s very cool.” He would like to work on something tapping into the genre, he said. “Major Lazer has a lot of fans in France so it would be cool to do some French things with music.”