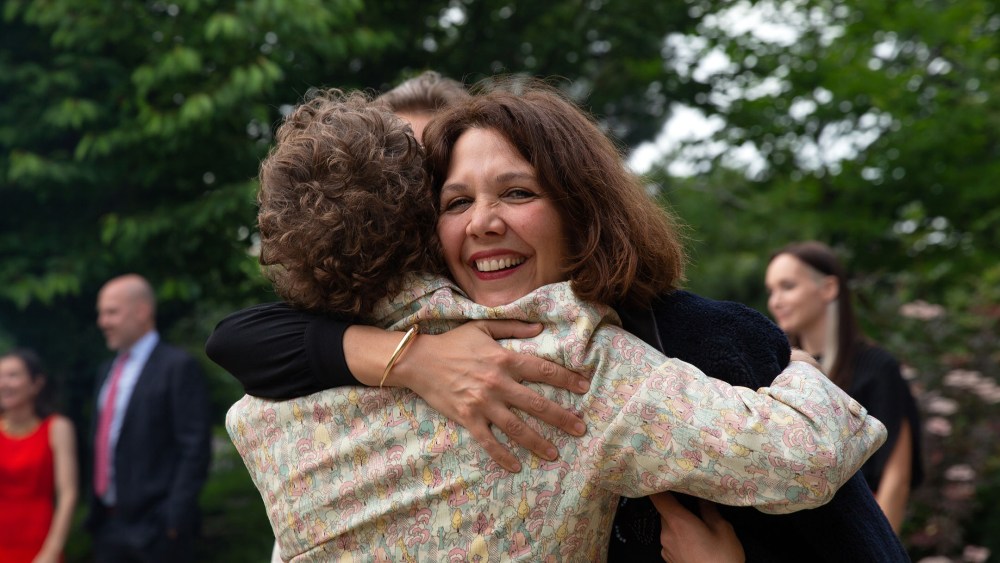 On Wednesday night, Dustin Yellin shared what’s been on his mind with the intimate crowd gathered at Pioneer Works in Red Hook.

“I was thinking a lot about the computer that is civilization,” said the Pioneer Works founder, addressing the room of artists and benefactors, which included Maggie Gyllenhaal and Peter Sarsgaard (looking artsy in a paint-splattered jacket), Darren Aronofsky, David Byrne, Gabriela Hearst and various other art benefactors. “The question I ask everyone all the time is: what is the most pressing issue facing our species?”

There were plenty of issues to name — climate change, inequity, artificial intelligence — but Yellin had settled on a proposition that superseded the rest. “We gotta figure out how to f–king get along,” he said. “There’s just one weird strange mycelial network of matter that connects us, and that’s the thing that this fine, humble institution is built on.” Pioneer Works, of course.

The art nonprofit is marking its 10th anniversary next year, and hosted a dinner — a post-pandemic novelty — to benefit Pioneer Works’ residency program. The event also celebrated “Brand New Heavies,” a new exhibition of three site-specific works curated by Mickalene Thomas and Racquel Chevremont. The exhibition was sponsored by Gucci, and chief executive officer Marco Bizzarri — who’s in town until Saturday, when he’ll head to the West Coast — was an enthusiastic dinner guest.

Bizzarri met Yellin during a Fast Company Innovation event in Milan. “We had dinner together, and I was so impressed by his creativity and energy. It was kind of a natural thing to help him and sponsor in this way,” said Bizzarri, perched near the outside bonfire ahead of dinner. It was the executive’s first time visiting Pioneer Works, and he was impressed. “Dustin is extremely creative, the way he presents things but also in the way he does things. The combination makes him unique,” Bizzarri said, adding that Yellin’s approach at Pioneer Works — inviting people into the building, creating opportunities for creative collaboration and cultural intelligence — is a similar recipe for success in the fashion industry.

Inside Pioneer Works, singer Meshell Ndegeocello regaled the crowd with a pre-dinner performance from within artist Abigail DeVille’s installation, a rendering of the Capitol building constructed with chicken wire and charred wood.

“It completed the piece to see it activated in that way,” said DeVille afterward, a former Pioneer Works resident, as guests meandered to their assigned dinner tables. The artist connected Ndegeocello’s performance of “Tender Love” with the video component of her sculpture, which comments on the myth of American democracy. “Whenever Meshell performs, and in everything she does, there’s love centered in that. And that’s also the place from which I’m trying to bring things out of and set the stage for conversations,” DeVille added.

Afterward, musical performer Sneaks closed out the night, giving it her all onstage for the remaining crowd. Byrne, for one, was enraptured; even Bizzarri grooved to the post-punk tunes. “Is this too loud?” Sneaks asked the crowd, queuing up her next track. “Let me know.”

After over a year of silence from the party scene, who would dare to complain about volume?