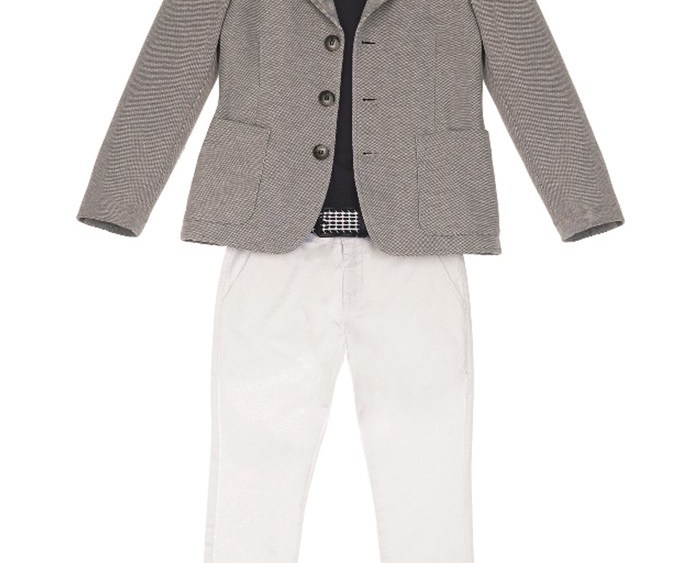 MILAN — In the face of unfavorable consumer spending trends in Europe and slowing economic growth in Russia, China and Brazil, upscale children’s wear brands set to unfurl their spring 2014 collections at Pitti Bimbo, Thursday to Saturday, are stepping up their game.

Companies that still call their largest single market Italy — a nation besieged by swelling unemployment and an enduring recession — are in search of underexploited territories abroad. Kids’ wear brands here are planning to open stores in Africa, Latin America, the Pacific, Russia, the Middle East and China this year.

“Emerging markets are an essential resource to face the international downturn. They have helped a lot to offset downturn in Italy,” said Gaetano Sallorenzo, chief executive officer of Pinco Pallino SpA. In 2013, the Entratico, Italy-based company aims to open stores in China, Russia and the Middle East. Openings in Brazil, Africa, Turkey, Malta and Cyprus are also on the horizon, Sallorenzo said.

“In 2013, we are seeing already that like men’s wear, the children’s wear market is facing less consumption in Italy, while export data has been good,” said Pitti Immagine ceo Raffaello Napoleone.

“Children’s wear sales are very resilient, at least in the mass market. What you see over and over is that in a crunch, men’s wear would decline first, then women’s wear and then, only last, children’s wear,” said Luca Solca, head of luxury research at Exane BNP Paribas.

This year, the focus for Renzo Rosso’s Brave Kid will revolve around Greater China, where the company is currently forging a partnership to open new sales points and corners at shopping malls in top locations, according to Germano Ferraro, general manager of Brave Kid.

“The effect of global economic changes provided a decrease in purchasing, both in domestic and European markets, which affected us as well as our competitors,” said Ferraro. “We expect to regain new market share trying to satisfy the consumers’ requests.”

Another brand looking for growth outside its home turf is Pretty Ballerinas, which prides itself on its decorative flats made on the Mediterranean island of Minorca. It will open stores in China, Brazil, the Caribbean, Africa and Thailand in 2013. One of its best performing markets is Russia.

“The three biggest growth markets are Russia, Russia and Russia. We have doubled [growth] each of the last three years,” brand creator David Bell said.

Fay Junior, one of Diego Della Valle’s Tod’s SpA stable of brands, reports that about 90 percent of its business is generated in Italy and that its growth potential abroad is very high. The brand hopes to consolidate its presence in Europe and expand in South Korea, China, the U.S., Russia and the Middle East.

“For Fay, we are still in our initial stages. Russia and the Middle East are still really new markets that haven’t yet been able to affect the brand’s overall sales,” said Roberto Magnani, Fay’s general manager. “We have seen, however, a strong interest that gives us ambitious hopes for the future.”

“This is thanks to a constant effort to refine the brand mix, where next to luxury brands, we also refined our offering of niche and emerging brands, as well as the creation of a high-performing shoe area,” said Cinzia Baldelli, head children’s wear buyer at La Rinascente.

Dsquared2 will launch its junior line on Friday during the fair, hosting a presentation at 9 a.m. at Florence’s Corsini Garden, 115 Via della Scala.

Dsquared2 signed a five-year production and distribution licensing agreement with Brave Kid, the children’s wear manufacturer under Rosso’s Only the Brave Group umbrella. The entry, designed by Dsquared2’s creative directors Dean and Dan Caten, will include apparel and accessories for boys and girls from newborn to 14 years old.

The brothers say the kids line has the potential to boost sales — even in Russia, China and Brazil, where the economy has begun to slow.

“We thought that there was something missing within the range of merchandise we were offering to our clients. For us, this is an opportunity to widen the Dsquared2 lifestyle, of course to boost the business,” said Dean Caten.

Inspired by historic Dsquared2 pieces from their adult line, “the Dsquared2 irony, colors, aesthetics and fun will all be condensed into a Mini version. The new collection will be very Dsquared2,” Dan Caten added.

Pitti Bimbo will also see the global launch of Trussardi Junior’s latest collection. Milan-based Trussardi teamed up with I Pinco Pallino SpA for production and distribution of the line. A previous version of the line launched in 1983, produced by Confezioni Supergin SpA and later Idea SpA.

Additionally, a section in the Main Pavilion will be reserved for a green-themed “Eco Ethic” pop-up store dedicated to makers of sustainable fashion.

Biker: Vroom Pitti, Vroom! is the main theme of Pitti Bimbo, representing a passion for two wheels on the open road. The focus will be on biker lifestyle, clothing and accessories. Cashmere and oil stains, studs, denim and high-tech fabrics are likely to be a focus at the fair.

Sporty Chic: Fay Junior’s boys’ collection is dedicated to the world of sports with opaque nylon and Neoprene fabrics. Herno will also showcase bomber and field jackets in nylon sailcloth with patch pockets, while Dsquared2’s first kid’s collection will include playful, casual designs with raincoats and rain boots, as well as baseball caps and cropped jackets.

Natural: I Pinco Pallino’s keyword for the season is “natural.” Materials like cotton, silk and linen will take center stage.

New Entries: Versace Young, as well as the worldwide launch of both Dsquared2’s junior/kids collection and Trussardi Junior’s collection produced by I Pinco Pallino.