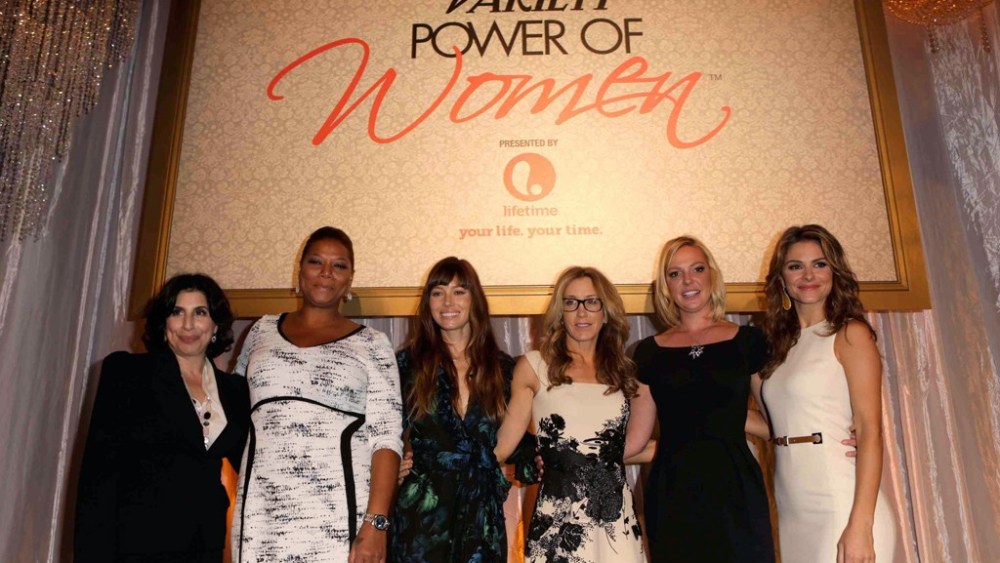 It was all about girl power at Variety’s fourth annual Power of Women luncheon Friday at the Four Seasons Beverly Wilshire hotel in Beverly Hills. The event, presented by Lifetime, celebrated the philanthropic work of Jessica Biel, Halle Berry and Jennifer Garner, among others.

“The best thing a man can do for a long life is to have a wife,” said Biel, who was honored for her work with Charity: Water.

“And the best thing a woman can do is to have great girlfriends,” she concluded as Justin Timberlake cheered on his fiancée from the crowd.

Garner and Berry also arrived with their men in tow; Ben Affleck presented an award to honoree Sue Kroll, president, worldwide marketing for Warner Bros. Pictures, for her work with Film Independent, while Olivier Martinez pulled his leading lady’s waist close as they sat down in their front-and-center seats. Other honorees included Felicity Huffman, Katherine Heigl, Queen Latifah and host Maria Menounos.

Gushing gal pals Garner and Biel posed cheek to cheek for pictures between laughs as they proclaimed their love for each other. “Always the Shirley to my Laverne,” Garner said. To which Biel later revealed onstage, “There’s a fine line between admiring someone and creepily wanting to actually be them. And I feel like I’m constantly walking that line with you.’’