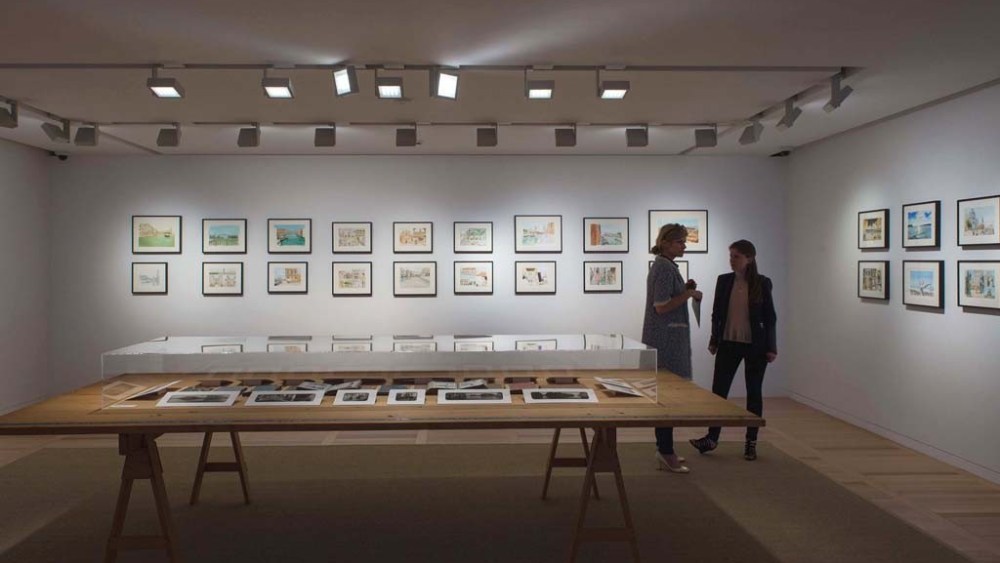 IN VENICE: Prada launched the celebrations for the opening of the Venice Architecture Biennale with a cocktail party Wednesday night at Fondazione Prada’s venue Ca’ Corner della Regina. During the event, Prada unveiled its new “Art or Sound” exhibition, which will be open until Nov. 3. While Miuccia Prada made a quick, silent appearance at the event, the guests had the chance to enjoy three music live performances — Pietro Verardo conducted an orchestra playing the Intonarumori, the unconventional instruments created by futuristic painter and composer Luigi Russolo. “We decided to set up this exhibition because we realized that nowadays, compared to the Sixties, museums are silent, they are frozen, so we wanted to create something multi sensorial,” said the exhibition’s curator Germano Celant, referring to the fact that “Art or Sound” explores the intersection between art and music. “Sculpture produces music and musical instruments are sculptures themselves,” he said, pointing at the spectacular instruments showcased at the exhibition. While Ca’ Corner’s second floor hosts Renaissance paintings with music-inspired subjects, precious instruments from the 17th century, along with musical automata (objects with automatic mechanisms), clocks and bird cages from the 18th century, as well as mechanical boxes and automated devices from the 19th century, the third floor offers a retrospective of the most interesting music experiments conducted in the Eighties and Nineties.

The same night at Palazzo Polignac, a private residence on the Grand Canal, Nadja Swarovski hosted a dinner for Rem Koolhaas, director of this year’s Architecture Biennale. Koolhaas collaborated with Swarovski on the giant illuminated archway at the entrance to “Monditalia” at the Arsenale, one of the three main exhibitions at the Biennale. During the dinner Koolhaas called “Monditalia” — a warts-and-all survey of Italian history through public and private spaces — “a culmination and an accumulation of experiences beyond architecture, something less permanent and [physically] substantial than architecture.” He said he liked the idea of making something that will eventually cease to exist.

Photographs by Koolhaas’ daughter Charlie Koolhaas feature in the exhibition, too. She shot the Laurentian Library in Florence, designed by Michelangelo, and said it was an odd experience. The interior of the space is meant to look like an exterior. “I felt totally sick when I left the space. Wobbly — like you sometimes feel when you are in Venice. It felt like there was no up or no down,” she said. The younger Koolhaas said she is currently at work on a book of photos about five cities – including Houston and Lagos – showing how they are linked by the global market economy.

As part of its partnership with Venice’s Fondazione Musei Civici, Louis Vuitton financed the restoration of the works of the late Spanish artist Mariano Fortuny, which are preserved at Venice’s Palazzo Fortuny. In particular, Vuitton restored two unreleased videos filmed by Fortuny in the Italian city. In order to create a dialogue between past and present, Vuitton showcases these two videos, along with 25 of Fortuny’s shots of Venice, next to 30 watercolors by Jiro Taniguchi.

“I spent ten days in Venice to make the watercolors,” said the Japanese artist, who used his signature manga style to create a number of poetic, beautiful images of Venice, which are also collected in Vuitton’s new Travel Book dedicated to the city. “Two are the things that impressed me more of Venice. First of all, its canals and bridges, second thing, the stunning view of the town from the top of  San Marco church.” “Sguardi Incrociati a Venezia” will be open to the public until Nov. 18.