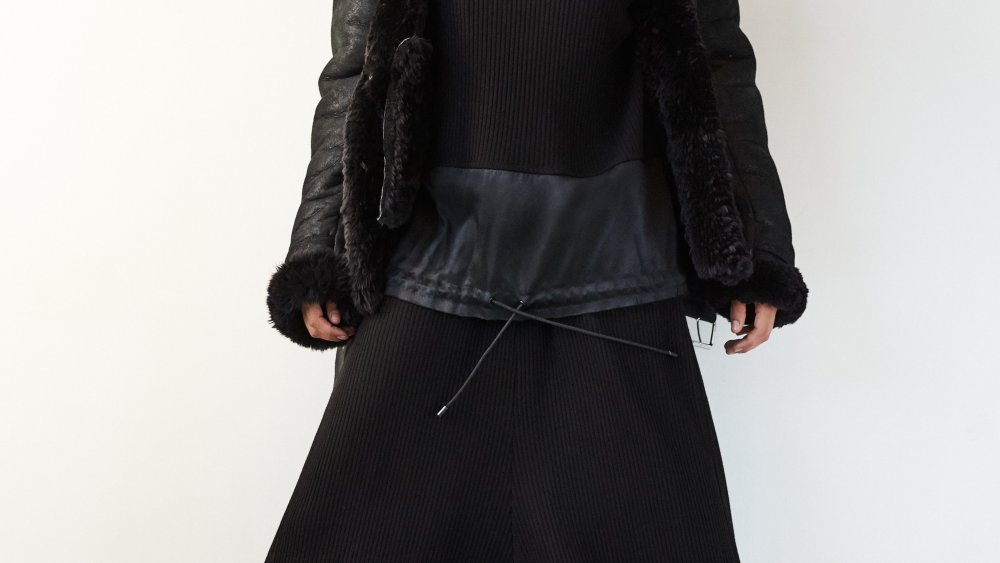 The company has begun selling the women’s line to stores such as Harrods and Liberty of London for fall and has forged a major partnership with Mytheresa.com, which is owned by Neiman Marcus Group.

“The natural next step for Public School was to develop international markets,” said Anthony Landereau, president of the designer brand. “Europe was a top priority for me. As of fall 2016, the women’s collection will be sold at Harrods, Liberty of London — for the first time — along with other outlets in Europe.” He said Mytheresa will be the brand’s anchor e-commerce partner in Europe, launching this month.

Mytheresa will focus on key items such as sweaters, dresses and shearling jackets, as well as exclusives inspired by Public School’s runway show such as ponchos, cargo pants and beanies, which are developed in collaboration with the e-tailer’s buying team.

“Our presence on Mytheresa, surrounded by the most prestigious brands, should give Public School the best visibility in Europe,” Landereau added.

Tiffany Hsu, buying manager of Mytheresa, said it wanted to “inject youth energy of New York street culture into the assortment.” Osborne added that “as an emerging brand, it is important to grow with the right partners in the right markets.”

Today, Public School has 60 points of sale outside the U.S.

Describing his deal with Mytheresa, Landereau said, “They’re inspired from our show pieces and want to translate the message of the urban girl from the Eighties.” He said the e-tailer especially liked the “wow” pieces and the more expensive and editorial pieces.

He noted that Public School also sells 15 independents across Europe. He said the market that’s been reacting the most is Italy, which is eager to bring more up-and-coming labels. “But we also have had good meetings with big retailers in France,” Landereau said.

In Asia, Public School sells Lane Crawford, IT and Club 21, among others.

Landereau said that overall, Public School’s business is running 25 percent ahead this year, which he said was “pretty exceptional in the current economic situation. “We are definitely growing, especially for women’s in the U.S. We opened five new doors at Saks for women’s,” he said.

He noted that Public School’s women’s business “is growing faster than men’s.”

“The distribution is much bigger in the U.S., and the market is much larger,” he said.

Osborne and Chow are also the co-creative directors of DKNY, which plans a fashion show on Sept. 11 at 11 a.m. Last week, LVMH Moët Hennessy Louis Vuitton reached an agreement to sell Donna Karan International, DKNY’s parent, to G-III Apparel Group for $650 million. Osborne and Chow are expected to stay on until the deal closes in late 2016 or early 2017. It is unclear whether they will remain with the brand beyond then.