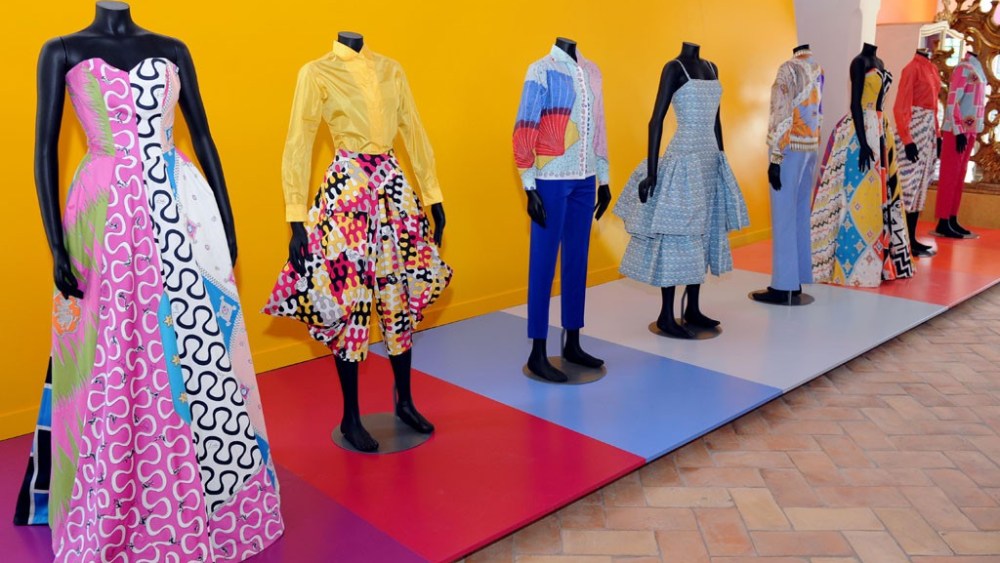 GRANAIOLO, Italy — One could hardly imagine the jolt of colors and vivid patterns behind the creamy walls of Villa di Granaiolo, the Pucci family compound that includes a 14th century former convent and a 16th century fort nestled on gentle hills a 40-minute drive away from Florence.

And this is precisely the kind of incongruity that is not lost on Laudomia Pucci, daughter of the late Emilio Pucci. “I love the contrast between the severity of these buildings and our prints, this is the irony Pucci is about,” she said Friday, while giving a preview tour of what Pucci defined as the archive training center and part of the Pucci Foundation.

“I have no claim to call this a museum, I see this as a proactive, formative space,” she explained of the four rooms that were to be unveiled over the weekend as part of LVMH Moët Hennessy Louis Vuitton’s Les Journées Particulières.

“I thought it would be the perfect moment to open our doors to the first part of our archives,” said Pucci, who restored the former expansive wine-making cellars in the convent to display the garments, only a fraction of the 15,000 pieces, excluding photographs and sketches, catalogued and stored away in Florence at the Palazzo Pucci headquarters. “This is a first step, as the work of conservation and presentation is immense.”

The Palio collection, dated 1957, is displayed in the first room, against colorful panels, “cotto” floors, vaulted ceilings and a diptych by artist Ugo Rondinone. The line, which won the Neiman Marcus Award, was inspired by the flags of the 17 “contrade” in Siena, the town districts that compete against each other during the city’s annual horse race, the Palio. The contrade are named after different animals, such as the panther, the goose or the giraffe. Emilio Pucci reimagined these fauna for a collection that includes a sponge poncho, a pleated dress and a cotton evening gown with geometric, colorful prints.

Although the company is controlled by LVMH, the archives are privately owned by the Pucci family and the display is meant to be permanent. Items of furniture from the 18th century or work tables originally at Palazzo Pucci are placed in the second and third rooms: tables, chairs and rugs reproducing unmistakable Pucci colors and prints. Fabric swatches are stored in cabinets arranged by different hues. Every fabric and color is trademarked and catalogued with names, such as the iconic “rosa Emilio” pink shade, allowing the collections to be traced more easily.

In the fourth room, wood armoires brim with countless Pucci gems. The pieces are archived by type, shirts for example, then in chronological and fabric order. There are rare block color dresses from the Fifties to the Seventies, but Pucci also selected pieces that belong to the more recent history of the house, designed by Christian Lacroix, Matthew Williamson and Peter Dundas. “This is not meant to be only a place of conservation but also of the imagination, open to students for formative projects and to designers alike. We have to put these designs back in motion and I don’t want this to feel old and static,” said Pucci.

Near mannequins from the Fifties hang clothes that have never been worn, the same dress in a range of colors. “Things are done much more selectively now,” she remarked. “But I was taught the cult of keeping and we can say that our archives are integral.”