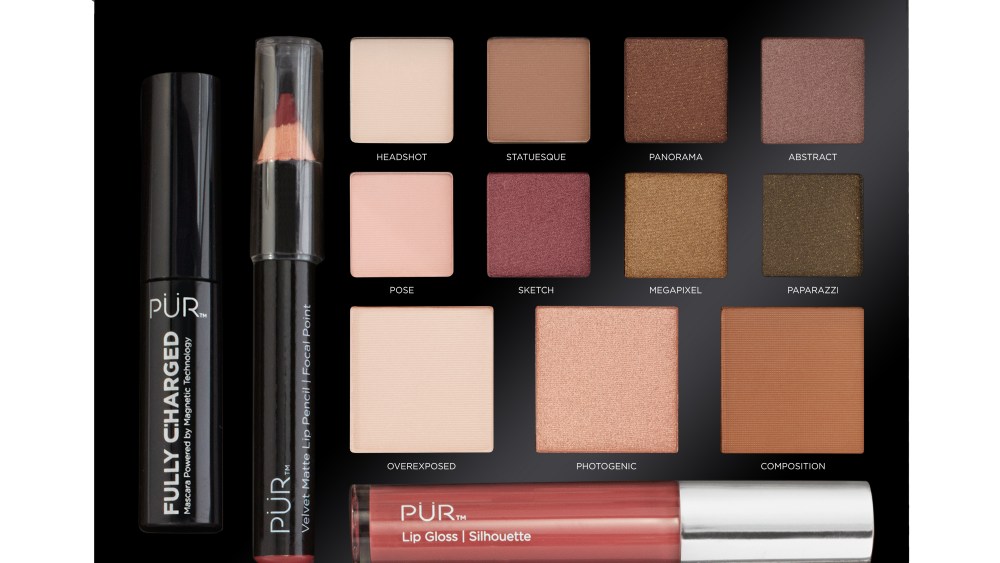 Pür Cosmetics is the Benjamin Button of the beauty world: A decade after its retail debut, the brand is getting younger and stronger.

Thanks to increasing social media over the last several months, the brand has reached Millennials largely unaware of its past in the minerals segment, where it launched when mineral makeup was ascendant to duke it out with rival Bare Escentuals on television. With minerals subsequently on the downswing, the brand swapped Cosmetics for Minerals in its moniker, repositioned itself as a complexion authority, a tag befitting the high-performance complexion items constituting 60 percent of its sales, and pursued a strategy to gain relevance by persuading digital beauty influencers its products deserved the spotlight alongside the big hitters of the beauty business.

“We’re doing a great job keeping the core customer that we had that maybe was trending a little bit older, and we are bringing in a new younger demographic into the brand,” said Robert Cohen, executive chairman of Pür Cosmetics parent company Astral Health & Beauty. “We’ve had growth every year the brand has been in existence, and it’s become a very successful global brand, but we are now seeing the most accelerated year-over-year growth in the history of the brand. We are larger than we have ever been, and we are growing at a faster rate than we have ever done before.” He elaborated Pür Cosmetics’ sales have increased 20 percent annually compared to 10 to 15 percent previously.

Although he worried Pür Cosmetics was too late to make headway with YouTubers and Instagrammers bombarded by beauty products, Cohen decided to pivot the brand’s marketing toward social media around a year ago. The brand included 14 beauty influencers on a jaunt to Cabo in January, invited 100 or so to a party last month in Beverly Hills for its tenth anniversary and signed up six going by the handles iamkareno, jadeywadey180, nicolconcillo, larlarlee, jackieaina and mac_daddyy to be ambassadors for its summer release Love Your Selfie 2, a $42 palette exclusive to Ulta Beauty in the U.S. with eight eye shadows, mascara, lip pencil, lip gloss, blush, bronzer and baking powder.

“They have dedicated a significant budget and amount of their internal efforts to social media,” said Conor Begley, cofounder of social media research firm Tribe Dynamics, which worked with Pür Cosmetics to hone its digital tactics. “I don’t think there is much time that goes by that I don’t get an email about connecting to an influencer, being on Facebook Live or another social-media question. He’s [Cohen] all in on this, and I don’t think that’s the case with most executives at his level.” According to Tribe, the time and money Pür Cosmetics has put toward digital platforms has helped its earned media value, or EMV, for social media skyrocket 780 percent for the year ended June, easily outpacing Bare Minerals’ 30 percent bounce and It Cosmetics’ 132 percent jump.

Social media has been awash in bold color cosmetics, and Pür Cosmetics has been uniquely impactful in that realm with complexion products that aren’t quite as sexy as flashy makeup. Begley explained, “What you have seen Pür do is they have utilized their color cosmetics as an entry point into the conversation. Once they’ve entered the conversation, they introduce their other lines of products. Because Pür was a brand that wasn’t on the map for most of these influencers a year ago, it feels like a new brand to them. In some ways, they have a clean slate with a lot of these folks.”

Outside of its complexion merchandise, roughly 10 percent of Pür Cosmetics’ sales come from 11 skin-care stockkeeping units, while the rest of its sales are spread across a variety of color cosmetics products. The brand has sold over 5 million units of its 4-in-1 Pressed Mineral Powder Foundation, and has unveiled a limited-edition bedazzled version of the product for $34 to celebrate its 10 years on the market. Cohen also singled out the brand’s HydraFluid Water Serum Foundation as a major win. “We can’t keep it in stock,” he said, continuing about Pür Cosmetics’ assortment, “I love the mix of business we have today, and I would like to grow and keep it. With foundation, there’s a high level of retention and loyalty, and that’s where we perform really well.”

Pür Cosmetics is carried at 4,000 retail doors globally and available in Ulta Beauty, Kohl’s, Marks & Spencer and Shoppers Drug Mart locations. This fall, the brand will enter Myer stores in Australia. Cohen isn’t interested in accumulating exponentially more retail doors for Pür Cosmetics. Instead, he’s concentrating on Pür Cosmetics ramping up its production at its current retailers. “We are dedicated to growing with key distributers and agents around the globe, and we have a deep pipeline of activations,” said Cohen, noting, “We have always been known as a leading innovator, and we are doubling down on our investment in our development team. The industry is in an innovative time in packaging and formulation, and we have to stay at the forefront.”

Going forward, Cohen’s goal for Pür Cosmetics is to maintain at least 20 percent growth yearly. “We are not one of those brands that is up 3,000 percent and may flatten out. Based on the infrastructure we have built, we can sustain a growth rate in the mid-to-high 20 percent range,” he said. “This is as exciting a time in this industry as its been in the over 30 years I’ve been in this business. There are so many ways to grow. There are so many opportunities to talk about your brand story and not get it diluted. We’ve been here for a long time, but I feel like we’re a new baby again.”