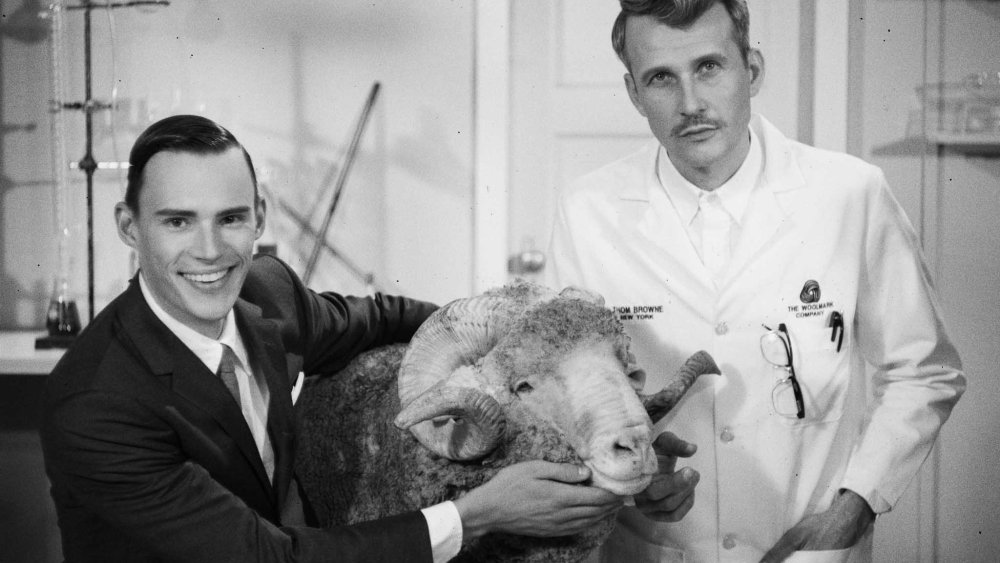 The designer has teamed with the Woolmark Company on a two-season deal under which he will use Cool Wool in items in both his men’s runway and commercial collections. This is the first for a U.S. designer, according to Woolmark.

Browne, who has made a name for himself with his shrunken silhouette and cropped pants for men while also dressing the likes of First Lady Michelle Obama in his women’s wear, will use Australian merino wool in his spring 2016 and fall 2017 collections. The agreement is restricted to men’s wear.

“I’ve been working with the Australian Wool Board since 2004,” he told WWD. “I think they were attracted to a designer who is heavily tailored-based and uses wool in most of his collections.”

Browne added that wool “has long been an essential element of my collection and this partnership with The Woolmark Company allows me to further explore the possibilities and potential of the fiber. We’re using more wool in our spring collections each year and its natural benefits such as breathability and shape retention mean it is perfect for lightweight suiting.”

For the spring line, he will use a combination of Woolmark and Cool-Wool-certified fabrics for suits, shorts and knitwear along with scarves, shoes, ties and bags. Cool Wool refers to a series of five lightweight woolen fabrics created especially for warmer seasons and climates.

In addition, a series of short films and quirky imagery about the use of the fiber, titled “The Thom Browne Laboratory,” will be released through social media at the time of the line’s launch in January. Browne said the group “creatively had fun with a video that humorously describes how the fabric is appropriate for fall and spring,” he said.

Stuart McCullough, Woolmark’s managing director, said that Browne’s “brilliant eye and celebrity following” make him a “natural fit for The Woolmark Company as we continue to champion merino wool apparel to a younger generation.”

Among the pieces that will be offered are a single-button sport coat with a high armhole and a frayed edge in navy that retails for $3,200, a houndstooth blazer for $1,950 and vest for $1,150, and low-rise skinny side-tab trousers for $2,300 and classic backstrap trousers in houndstooth for $1,190.

The items will be carried in Browne’s TriBeca store here as well as Ssense and Luisa Via Roma, among other retailers.

The timing of the partnership comes as Browne’s nine-year deal with Brooks Brothers for the design of the Black Fleece collection ended with the fall collection. He also has an agreement with Moncler to design its Gamme Bleu line.

He recently established an in-house tailoring facility to develop a handmade tailored clothing collection that will also launch for spring. For fall 2014, he introduced a line centered around the classic gray suit under the Thom Browne name. The runway collection is named Thom Browne New York.

The designer sold a majority stake in his business to Japan’s Cross Company in 2009 when sales were $6.3 million. Industry sources now estimate his sales at about $60 million annually. In addition to the TriBeca store, he has a unit in Tokyo. Browne recently opened a flagship in Hong Kong in partnership with the Joyce Group. He said the store is performing about 30 percent above expectations since it opened in April.

“Our business is really good,” he said, “even in China where things are tough. We’re growing exponentially in all markets and categories.”

Browne said over the next six months, he will be opening six to seven in-store shops around the world, including one in Korea scheduled for later in October.