“Everybody who tells this story is subject to his or her response,” says Marjane Satrapi. “There is only one matter that is objective, and that is science.”

Satrapi is specifically referring to the story of Marie Curie, the protagonist of her new film, “Radioactive.” In it she aims to underscore the human side of science, and specifically the ways in which Curie’s discoveries were used to both advance society and destroy it.

“But this is the story of the human being, isn’t it? There’s something always searching and destroying in all of us,” says the candid Iranian-French director and illustrator from her apartment in Paris, taking drags on a cigarette between answers. “I see it in myself, I sense it in myself: I construct something beautiful, a novella — I just want to go f–k it up in the end. And then a second later, why did you do that? But it’s our nature.”

Satrapi is best-known for her memoir comic book “Persepolis,” which depicts her experience growing up in Iran during the Islamic Revolution. She moved into directing with the animated version of “Persepolis,” which premiered at the Cannes Film Festival, where it tied for the Jury Prize (the film was nominated for best animated feature at the Academy Awards — it lost to “Ratatouille.”) More recently, she directed the absurdist black comedy horror film “The Voice,” starring Ryan Reynolds.

When her agent called about the script for “Radioactive,” Satrapi wasn’t sold on the idea. “I was like, why the hell would you make another script about Marie Curie? There are already four of them,” says Satrapi. She was urged to take a closer look: while the film is about Curie — the late great French physicist who discovered the elements radium and polonium, and the first woman to win the Nobel Prize (she won two, for chemistry and physics) — it’s also about the aftermath of her discoveries. “I became completely obsessed. I really wanted to do it.”

“She’s walking toward me — we have a meeting in a restaurant — I’m looking at her light eyes, and there’s something so focused,” recalls Satrapi of meeting Pike for the first time. “The moment [Pike] smiles at you, she gives you the gift of life. And after that I was obsessed with her, it had to be her.”

She cast Sam Riley as Curie’s husband and collaborator Pierre Curie. Although she used Jack Thorne’s screenplay as a blueprint, Satrapi reached into Curie’s diaries and letters, and met with her granddaughter, to better deduce who Curie was as a scientist and person. She found someone who was unapologetic and uncompromising. “She didn’t try to be a sweet lady,” Satrapi says.

Curie faced many hurdles as a scientist at the end of the 19th century: she was female in a male-dominated field, and she was a foreigner (a Polish immigrant) during a time of French nationalism. (“It rings a bell of Make America Great Again,” says Satrapi, not fondly.) Satrapi wanted to steer clear of portraying her as superhero, however. “I really tried to portray her as a human being, she’s not perfect and she doesn’t do everything right — but who does?”

Concurrent with the narrative of Curie’s prime working years, and successes, the movie inserts scenes that played out after Curie’s death (attributed to a lifetime of radiation exposure) in 1934. Curie created mobile X-Ray units, which she introduced to the French battlefield during World War I, and her discoveries were used to develop radiation treatment for cancer. But her discoveries were also used to create the first atomic bomb, detonated over Hiroshima, and led to the Chernobyl Nuclear Power Plant explosion of 1986.

But the movie — which was produced by Amazon Studios, premiered as the closing night gala at the 2019 Toronto Film Festival and will be released on July 24 — doesn’t assign fault, and offers neither an optimistic or pessimistic stance. While Pierre Curie presents in front of the Nobel committee, he notes how dangerous radioactivity might be if misused. Satrapi uses the Internet as a modern example of that idea.

“What a great thing, you can connect to everything and everyone and you have all the knowledge in the world, and also you can use it to make fake news and destroy people,” she says. That dichotomy — the good and the bad — is underscored throughout the film. But for matters of human nature, Satrapi — who has faced her own share of adversity, growing up under an oppressive government — remains optimistic.

Hardest to depict on-screen were the particulars of the scientific process, which is often tedious (and math-centric). It’s also to an extent, invisible. “It’s the least sexy thing that you can show,” Satrapi says.

The film approaches the challenge through montage, exposition and color; a neon green glows throughout various scenes.

Easier to show was one of Curie’s biggest challenges: funding her research as a woman. But when it came to matters or money, Curie was often resourceful. In one scene, she tries to donate the medal of her Nobel Prizes to the French National Bank to help aid the war efforts.

Within the movie industry, funding is one of the biggest hurdles for getting any production off the ground. And although directing tends to be a male-dominated field, Satrapi hasn’t found her gender to be a hindrance. (Of course, a Cannes win and Oscar nomination might help in the hurdle of funding, no matter your gender.)

“Living in France you don’t feel so much that, I think it’s more of a Hollywood problem. In France you have lots and lots of female directors,” says Satrapi, adding that she thinks there’s greater gender disparity within the cartoonist field, her first line of work. “It’s because [comics] were for the man coming home — he’s reading his newspaper, and cartoons [are seen as distraction] for a woman. The woman was supposed to cook and make embroideries, be beautiful, but not be distracted. So this is why more men read it, and if more men read it, they make it more.”

At the moment, Satrapi is finishing a series of paintings for an exhibition this fall in Paris. She’s also working on a script, which she hopes to direct for her next feature film. All she’ll need then is the funding.

Another difference between the American and French film industries, Satrapi notes, is in final artistic control.

“The most important thing is that at the end you have a film you’re all pleased with.” 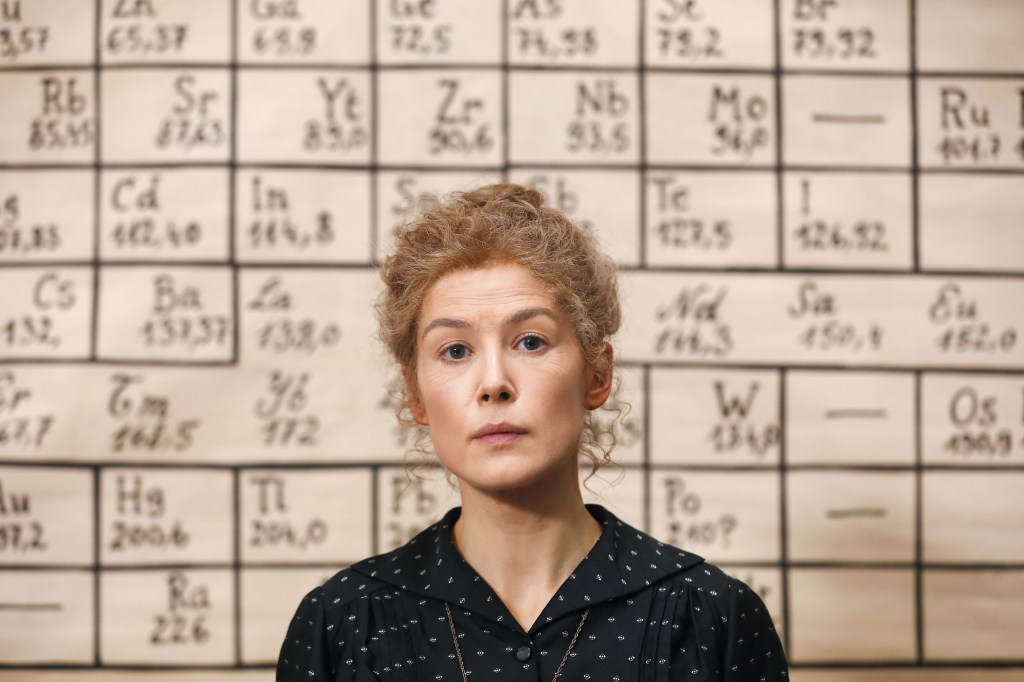