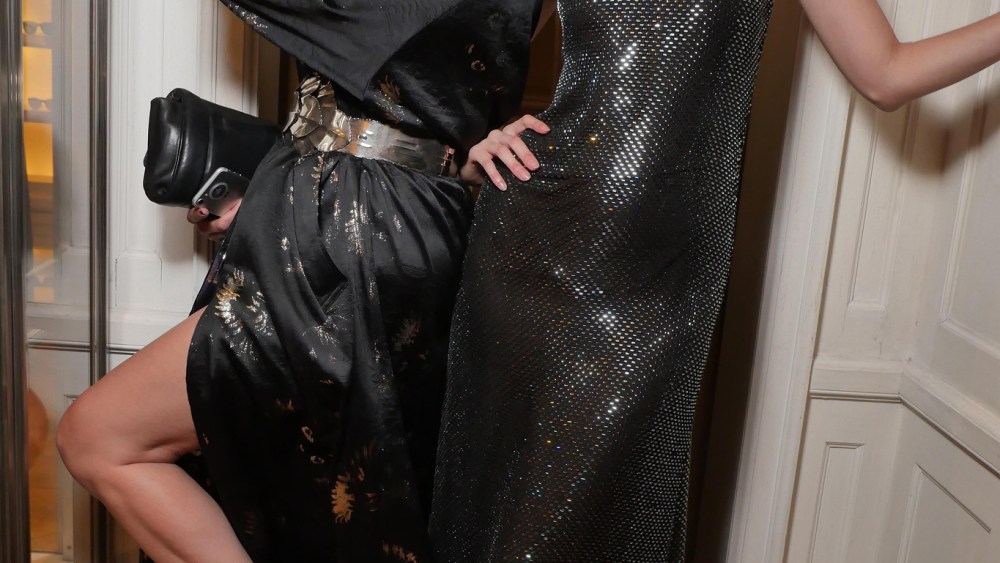 PURPLE CARPET: The festivities for Purple’s 25th anniversary continued on Friday night at the Ralph Lauren store on Boulevard Saint Germain, where classic cars and a red carpet set the tone of a cinematic evening.

“Purple is all at once Paris and New York, so celebrating with Ralph Lauren, a true representative of Americana, here in Paris was kismet,” said the magazine’s founder, Olivier Zahm, as movie crews took footage of him in the wood-paneled bar of Ralph’s.

While some had been assigned their characters, such as “the joker” Vincent Darré, “the heroine” Amanda Wall, “the sound” Paul Sevigny and “the muse” Grace Hartzel, others including designers Christian Louboutin, Serge Ruffieux, Elie Top, Sabine Getty, Yaz Bukey and Priscilla Royer, and models Anna Cleveland and Tamy Glauzer, were keeping their options open.

As the sun set on the boulevard, stars and supporting cast were ready for their close-up with Zahm. “We’re ready every day of our lives,” breathed Cleveland, wrapped in a shimmery silver column dress by Ralph Lauren. “You know me, baby, I love playing different roles,” added Bukey, who, true to her heritage, eventually settled on a “princess movie star” with a rolling accent.

“My character is a woman who is married, has a very proper life but at night, has a totally different life,” Erica Pelosini said as she arrived without her shoe designer husband Louis Leeman.

Maison Michel designer Royer said she’d be the “diva, indescribable, impossible to box in.” Angling for a nomination as most promising actor, Ruffieux said his big role this week was “Monsieur Carven,” after showing the spring collection of the brand on Thursday.

Laying back on the staircase, Hartzel was softly crooning Françoise Hardy’s “Le Temps de l’Amour” for the camera. “It’s the time for friends, it’s the time for adventure,” said the lyrics.

And adventures there were, according to Jean-Marc Loubier, chief executive officer of First Heritage Brands. The pair met when Zahm was launching Purple and over the years traveled together extensively for exhibitions. “But I’m a silent character in this movie,” he said.

Like any good movie franchise, Purple’s anniversary is a trilogy: coming mid-October is a dinner in Los Angeles, cohosted with American contemporary artist Paul McCarthy, who compiled the photographs on the “transgressive political history of the United States” which were contained in a book included as a supplement in the anniversary edition of Purple magazine.