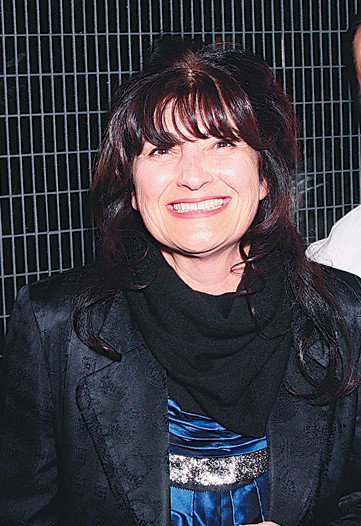 REICHL GOES TWEET, TWEET, TWEET: At first, Ruth Reichl, the former editor in chief of the defunct Gourmet, viewed Twitter simply as a way to communicate with “a lot of friends at the same time,” she said. But that soon evolved. “One of the things I love about [Twitter] is that the limitations of it are the genius of it. The idea that you have to try to convey something in 140 characters — as a writer, it just interested me.” To say that she has taken to the medium like “hot crusty bread” to “cold, sweet butter” would be an understatement. Reichl now tweets, on average, twice a day, to her 31,000-plus followers. Her posts cover esoteric foods eaten at New York restaurants, or food and quotidian minutiae, or food and the beauty of nature plus how totally awesome life is. For example, on May 7, she wrote, “Bright, cool shiny day. Mountains blue. Soft pink local liverwurst, rustic bread, homemade mustard, new onions. Perfect late spring lunch.” And there are hundreds of sweet, bordering-on-treacly posts where that came from. (Another, from April 18, reads, “Misty morning. World wrapped in cotton clouds. Leftover polenta to chase the chill, melting mascarpone, softly fried eggs, crisp bacon.”) That Reichl’s entries sound more like haikus than typically zingy tweets was not lost on chef and author Anthony Bourdain, who, in February, began reading some of them aloud during his and Eric Ripert’s five-week radio series, “Turn & Burn,” on Sirius XM’s Martha Stewart Living Radio. Bourdain called the segment “The Tao of Ruth.”

Prosaic style aside, though, Reichl’s Twitter feed reveals several of her personality quirks, for instance:

1. She eats an atypical breakfast. (On Friday, it was “tiny pancakes, bright salmon roe, drizzled maple syrup. World in one sweet/savory bite.”) “What a waste of time to think that all you can eat for breakfast is cereal and toast and eggs,” Reichl explained to WWD. “There is this whole amazing world of food out there. We might as well take advantage of it.”

2. She doesn’t like to waste food. Whether it be a “toasted muffin heaped with last night’s spicy Bolognese” or a cold steak bone, she’s always making leftovers work. “Some people get very upset when their refrigerator is full. I love it when mine is full,” Reichl said. “It’s an interesting challenge to me — you get up in the morning and you see what’s there and what you can do with it.”

3. She’s been spending a lot of time in bed, though it turns out this isn’t related to her unemployment (Gourmet memorably shuttered in October). Reichl said she broke her foot about a month ago while on a book tour, and has been bed bound while she recovers from a bone graft.

Which means more time to craft her tweets, right? No, she doesn’t need it. Reichl, who is working on a novel, developing an online “food game” and consulting on the script for “Garlic and Sapphires” (the film adaptation of her third memoir, which is being developed by the people who did “The Devil Wears Prada” and is now on its third screenwriter and sixth script), said it only takes her “a minute” to come up with a post. “I just sort of wait for that moment every day, or the few moments when it just seems right and then [the tweets] just come in my head and I put ’em down.

“I have to say that Twitter can be a real distraction if you’re trying to work,” she added, “but when you’re stuck in bed, it’s great. You feel connected to the world.”

VANITY FAIR’S LATEST DEAD PERSON OBSESSION: Graydon Carter clearly believes the lessons of history are important to us all — otherwise, how to explain the Vanity Fair editor’s insistence on including at least one story about a famous dead person in every issue (and often on the cover)? Now it’s the turn of Oleg Cassini. A favorite of the fashion crowd and playboy to the stars, Cassini famously courted Grace Kelly before she became Princess of Monaco and squired Marilyn Monroe. He died in March 2006 at the age of 92 and is now the subject of an upcoming piece by Maureen Orth. Orth, who also has written about Karl Lagerfeld and Carla Bruni for the magazine, will undoubtedly touch upon Cassini’s legendary relationship with the late Jacqueline Kennedy, who, as First Lady, turned him into one of America’s best-known designers. When she donned his wool coat with sable collar and muff and famous pillbox hat for John F. Kennedy’s inauguration on Jan. 20, 1961, it was labeled “the Jackie look,” and immediately thrust Cassini into the spotlight. However, some fashion skeptics claim it actually was Hubert de Givenchy who did the free-spending, fashion-loving Kennedy’s clothes and the labels were switched to Cassini since Americans wouldn’t at the time put up with their First Lady wearing designs by a foreigner. Cassini always firmly denied the switcheroo. — Amy Wicks

FASHION JOURNAL: The journal to accompany Monday’s CFDA Fashion Awards could well be the most personal one yet. With the exception of Marc Jacobs, who had a scheduling conflict, each nominee and honoree was photographed by Sølve Sundsbø in a shoot styled by Lori Goldstein with the creative direction of Trey Laird. “We liked the idea of pairing the designers with a reflection of their work and someone who represents their aesthetics,” Laird said. Alexander Wang, for instance, chose to be photographed with six of his high school friends, while the Proenza Schouler image shows Jack McCollough and Lazaro Hernandez “piled up on the floor” with members from their design team and a slew of accessories, according to Laird. Only Tom Ford and Donna Karan were shot on their own — Ford in a series of mirrors that reflect him multiple times, and Karan as, well, Donna pure. As for Jacobs, his image was inspired by street casting for his fall show. The models sport Marc masks, which is almost as good as the real thing. — Marc Karimzadeh