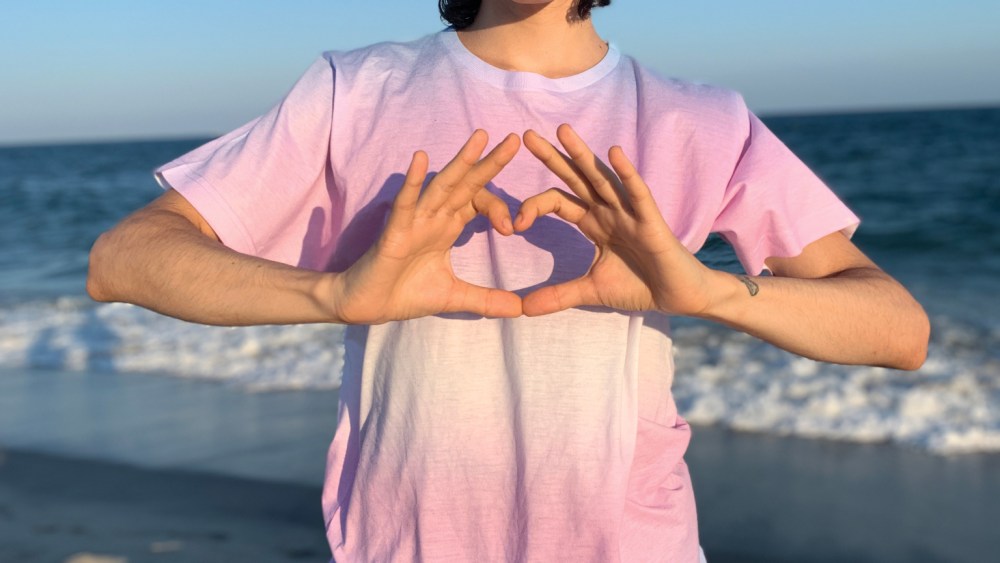 Two months after Maxima Cortina’s death, her brother Luke discussed her struggles, the outpouring of support and how her life continues to inspire others.

The 25-year-old was a Ford model who worked for Jason Wu, Marni, Calvin Klein and Telfar, among other designer labels. After dropping out of the State University of New York at Purchase, she marched herself into the world of modeling three or four years ago. With no professional experience, she took it upon herself to walk into an agency one day.

Her career started with the New Pandemics, and she later joined the Lions Model Management before settling in at Ford. Born “Max” in Deer Park, N.Y., Cortina, who identified as a transgender woman, changed her name to Maxima a few years ago. In addition to modeling, Cortina was adept at painting, drawing, collage art and photography.

Following her death in late October, an investigation by the New York City Police Department determined there was no criminality, according to an NYPD spokeswoman. New York’s City’s chief medical examiner concluded the cause of death was suicide, an OCME spokeswoman said.

Well aware that many people may be struggling emotionally in their own ways, especially during the holidays, Luke said, “You really need to be around people who will support you exactly for who you are and who accept you fully. People who never judge you, that make you feel comfortable and beautiful, and make you feel wanted. You need people around you that want you to be successful, to grow and to just be happy. You just really need that strong support system — whether that be family, friends, psychologists — to give you that constant reinforcement.”

Knowing that many feel all alone in the world, and even more so during the pandemic, Luke advised, “If you’re physically alone, there is a lot of social media that you could take advantage of. You can try to reach out to people in support groups online. That is really helpful. You have to remind yourself that you are not alone. There are other people who feel exactly the way that you feel. You might believe that or not, but honestly there is a lot of support online.”

He continued, “If you look at the right web sites and forums, you should never feel alone in this pandemic. There is always someone out there that you can speak to. There is more good in people than there is not. You just need to find the right ones.”

The Trevor Project, an organization that provides 24/7 crisis counseling at no cost, was the organization that Cortina’s family selected in lieu of flowers. More than 1.8 million LGBTQ youth consider suicide annually in the U.S.

Acknowledging the huge outpouring of support that followed Cortina’s death, her brother said, “it was just beautiful. We can’t thank everybody enough for their donations. People were so, so genuine and so thoughtful. It really is just a testimonial to Maxima’s life and how many people she impacted. No exaggeration — she impacted hundreds and hundreds of people.”

He added, “She would be so proud of everybody supporting our family and friends in these tough times.”

”Thousands” of dollars were donated to The Trevor Project by “dozens of” Cortina’s relatives, friends and others, Luke said. High school friends of Cortina donated to another New York-based transgender organization. In addition, the high school that both the Cortinas attended donated half of the ticket sales from a musical, in memory of the former model to The Trevor Project.

Cortina’s family knew that she was having trouble emotionally and was seeing a psychiatrist, Luke said. “I don’t know if she was going to a psychologist, [too], but she definitely was seeking help also from her friends, her boyfriend. She had a really strong support group around her at all times,” he said.

While the Cortina family knew about her struggles, Luke said, “But who isn’t? Especially in the transgender community.”

Initially reluctant to discuss Cortina’s suicide, her brother spoke of the importance of talking publicly about the widespread problem of suicide. “It just shows that people are internally suffering on this earth. It is important to discuss, because if you feel that you need to seek help from others — from friends, family, medical professionals — you should. [Having] a support system is very crucial. Mental health is just as important, if not more important than physical health. That is something that needs to be expressed more.” Luke said.

As for what others should carry forward about Cortina, he said, “Don’t care about what other people think about you. Keep your chin up. Be confident. Shoot for the stars. Aim for the moon — that’s exactly what she did. Don’t let anybody tell you that you can’t do something. Let that be a sense of motivation. If you believe in something, you just have to work at it. I think dreams really do come true.”

As a model, Cortina was able to travel to Paris and Milan and do things that others thought she would never be able to do, her brother said. Not about to let others dictate her life, Cortina “walked to the beat of her own drum,” said Luke, adding that he hopes others will be inspired by that kind of drive.

Friends and family plan to hold an art show and tribute in her honor in the spring. “She just wanted people to know her story. It’s really important that we express it publicly — where she started, how she got there. Her story never ends. That’s the best part.”

He continued, “People are always going to do things in memory of her whether it be modeling, photography, art, painting, drawing. People are always going to take some of her skill set, especially in art. People who do art will be motivated by things that she created. They are going to leverage some of her work in the future. Her legacy will always live on because of that. Or maybe people who were too scared to model because they didn’t know if they would be judged or not accepted, may think they have a chance. They see how successful she was in such a short period of time.”

After learning about Cortina, others may want to get help, Luke said. “Life’s too short. You don’t want to cut it shorter than it has to be. If you’re feeling certain ways or if you have certain thoughts in your head, you need to tell people. People will be there for you to support you.”

Although unrelated to Cortina, the need for more support services for the LGBTQ community was reinforced earlier this month. H&M USA and activist and entertainer Billy Porter partnered to donate $250,000 in a match campaign that encourages others to support The Trevor Project. The H&M donation will help the organization strengthen its free crisis services, which are available via text, chat and phone calls.

Cortina’s partner Slava Mogutin, a New York-based artist and writer, said he has found more of her art, such as collages and poetry. Internationally known for his work, Mogutin has spent the past 20 years documenting the lives of LGBTQ people in his native Russia and around the world. The artist was the first Russian gay refugee to be granted asylum on the grounds of homophobic persecution.

Mogutin is planning an exhibition of Cortina’s paintings, prints, drawings, collage work and self portraits. That is expected to be held some time next year, due to the pandemic.

In addition, Mogutin is working on a zine that will be dedicated to Cortina. The Belgian fashion magazine Behind the Blinds is planning the special supplement that will highlight her and her work. Separately, the artist is curating a portfolio of Cortina’s work that will be published in an upcoming issue of GayLetter magazine.

The National Suicide Prevention Lifeline is a hotline for individuals in crisis or for those looking to help someone else. To speak with a certified listener, call 800-273-8255.