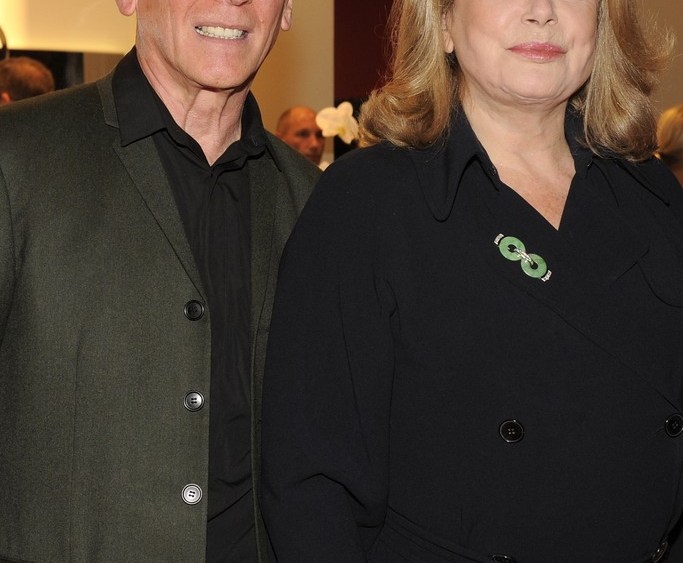 IN THE BAG: Catherine Deneuve was among the Paris figures who turned out last week in support of bag designer Renaud Pellegrino, who held a party to celebrate his return to the retail scene with a boutique on the city’s Rue du Faubourg Saint Honoré, which opened quietly in July.“I’ve known him for a long time and admire his work very much,” Deneuve said. Indeed, they go back at least to the Eighties, when Pellegrino worked on accessories for Yves Saint Laurent, for whom she was a muse as well as a friend.

Inès de la Fressange, Guerlain global creative director Olivier Echaudemaison and Merci cofounder Marie-France Cohen were also in attendance. In 2009, Pellegrino’s brand was shuttered by its then-owner Holmex, before being acquired in 2010 by L’Atelier du Maroquinier, a French leather goods firm, which has since relaunched the label.

The designer commented: “When you love your work, it is always frustrating not to be able to show it. The previous Faubourg Saint-Honoré store was in a courtyard, and it worked by word of mouth. Here, the advantage is having a big storefront, to be able to show a maximum number of designs.”

The 800-square-foot store is just the first step in a broader development plan, which includes boutiques in New York, Hong Kong and Tokyo, and an expansion of the brand’s production facilities near Le Mans, France, from around 3,000 square feet now to nearly 11,000 square feet, Pellegrino said. The new atelier will be finished in February 2013.

“They’re very good actors,” said Deneuve. Asked what it was like to work with today’s young acting talent, she quipped: “They are all younger than me now, you know, given that I am still doing movies.”