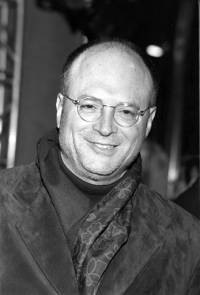 NEW YORK — What do Kentucky Fried Chicken and department store assortments have in common? Nothing — or everything, depending on your point of view.

Hal Reiter, the chief executive officer of Herbert Mines Associates, who recently placed Mark Cosby, the former ceo of KFC, in the position of president of full-line stores at Sears, is in the first camp.

“He’s a real roll-up-your-sleeves, down-in-the-store-level guy,” said Reiter, adding, “Believe me, it’s the same customer that goes into KFC that shops at Sears.”

Reiter believes that executives from other fields can succeed in the insular retail industry, and Herbert Mines Associates has been shopping for candidates elsewhere for some time.

While nobody disagrees that there’s a dearth of retail talent available to fill top jobs, the issue of where to find fresh talent is another story.

“There are too many senior retail jobs at major companies filled by nonretailers at this point,” said Robert Kerson, a managing director of Korn/Ferry. “Big search firms that place nonretail merchants as heads of companies are doing a horrific disservice to the industry.”

“At the end of the day, great retail companies are run by great retailers,” he said, citing J.C. Penney under Allen Questrom’s leadership and Drexler’s appointment as ceo of J. Crew as evidence that those born and bred in the business are in great demand.

Reiter conceded that the jury is still out on Pressler, but defended the selection. “We looked at retailers and looked at people who touch people in a similar way,” he said. “Pressler touched more people than any other retailer. When you have a $14 billion company, you’re going to have other people who can advise the ceo. You need somebody who has both the right brain and left brain.”

Mines and Kerson of Korn/Ferry are generally acknowledged as the go-to guys when a company is in need of a new ceo or other top-level executive. Retail executive search is a small field with only a handful of major players whose names turn up on most of the big assignments.

Mines and Kerson often compete for the same searches and have been jockeying for the top spot for several years. But the balance of power may shift. It was learned Wednesday that Kerson will leave Korn/Ferry when his contract expires in April. He declined to comment on the subject, but sources said he will probably take some time off then start his own business. Kerson sold his firm, Levy/Kerson, to Korn/Ferry in 1999.

Other firms held in high esteem by the retail industry include Russell Reynolds, Spencer Stuart and Heidrick & Struggles, which has been retained by Chanel to develop a succession plan for the eventual retirement of president and chief operating officer Arie Kopelman.

There are smaller boutique shops that cater to specific retail sectors. Kirk Palmer and his namesake firm works with specialty stores. Kenzer Corp. is involved with searches for everyone from discounters such as Wal-Mart to high end manufacturers and retailers such as Swarovsky. TMP, a large firm with a small retail practice, has nonetheless landed some big fish. The company placed George Jones as president and ceo of Saks Fifth Avenue.

Becky Stein, a managing director of Russell Reynolds, is another person who advocates looking outside the retail industry for talent.

“No one woke up as a ceo,” said Stein. “When you’re in retail, you think there is no other industry. You get tunnel vision.

“There have been so few examples of success,” she added. “Historically, great retailers were trained at Macy’s and May Co. When that part of the industry ended up with all the financial problems, those programs were curtailed.”

Stein said that Target is one of the few companies successfully moving people from merchandising to operations jobs so they get a feel for both aspects of the business.

Another source that’s often overlooked is right in a company’s own backyard. Reynolds suggests hiring the second in command to fill a top slot in certain circumstances.

“We did a survey identifying rising stars in the industry,” Stein said. “There are some fabulous number twos out there.”

Still, there will always be true merchants to fill the most coveted slots. Like Barbra Streisand, who said she’d never sing another concert, Michael Jordan, who hung up his basketball sneakers and Bill Parcells, who said he’d never coach another football team, retail veterans don’t die, they simply regroup.

There will always be Questroms and Drexlers, who feel like fish out of water when they leave the scene.

“You have to understand, retailers traditionally worked six days a week,” said Reiter, adding that working in any other industry – or retiring – is too boring for such folks.

“Guys that have had the thrill of success enjoy coming back,” said Palmer. “Mickey Drexler doesn’t feel he has anything else to prove to himself or the industry. He does this because it’s fun.”