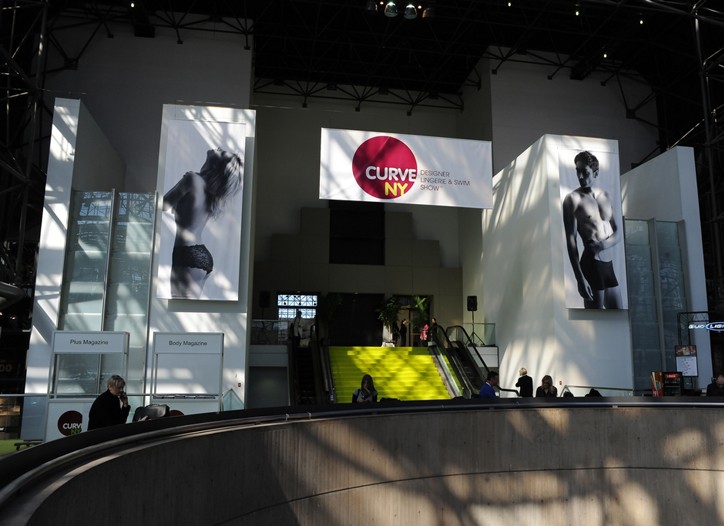 The CurveNY trade show appears to be bucking economic trends.

The lingerie fair, set for a three-day run starting Aug. 2 in The Galleria of the Jacob K. Javits Convention Center in Manhattan, reported a record 21.8 percent increase in registered retailers. That translates into 1,535 merchants from 857 stores who are scheduled to attend.

“Our exhibitor base was 95 percent booked” by mid-July, said Laurence Teinturier, executive vice president of CurvExpo and wife of Jean Luc. “We will be showcasing more than 60 brands that have not exhibited with us before, 10 of which are totally new to the U.S., from Colombia, South America. That’s a stunning number of new exhibitors in this economy, and I think it shows this industry continues to be quite dynamic.

“We also have a new contingent of international retailers from Japan, South America, the U.K., the Mideast, and Saks Mexico and Sears Mexico. That’s totally new for us. We feel it’s mainly because of the weakness of the dollar and the strength of the euro, which is making the U.S. and our show the place to shop.”

Other international retailers set to attend include: Idedst from Saudi Arabia, Linza from Lebanon, Palacio de Hierro from Mexico City, Her Expectations and Secret Drawer from the U.K., Tsum from Russia and Holt Renfrew from Canada. There will also be Sitora, a Russian importer, she said.

Addressing the lingerie fair’s operating budget in a recession, Jean Luc Teinturier said, “We are not overspending. We are adapting to the requirements of our exhibitors. A small majority has reduced the size of their booths, some are skipping the August season and some have decided not to come to the New York show or the Las Vegas show, or both. So what can we do? But we believe a trade show is the most economical way to exhibit to customers, especially those who do not have a showroom.”

The cost for a stand at the show ranges from $4,800 to $20,000, according to estimates from several exhibitors.

Meanwhile, Laurence Teinturier noted the company has focused on marketing strategies, primarily revamping curvexpo.com, as well as social media, such as Twitter and Facebook.

“It’s a good way to communicate quickly with our clients,” she said, noting curvexpo.com has several links, including hotel and travel information.

Air fare discounts are available through Altour, the largest agent in the U.S. for Air France, as well as promotional deals at eight hotels in New York with prices starting at $139 a night at the Comfort Inn Midtown West and $209 at the Juremiah Essex House.

Laurence Teinturier said CurvExpo is providing exhibitors with a “banner and a flash on their proprietary Web sites to let buyers know they will be exhibiting at Curve.”

Regarding the CurveNV fair in Las Vegas, which is scheduled for Aug. 31 to Sept. 2 at The Venetian Resort Hotel, she said bath and body products will be the newest additions.