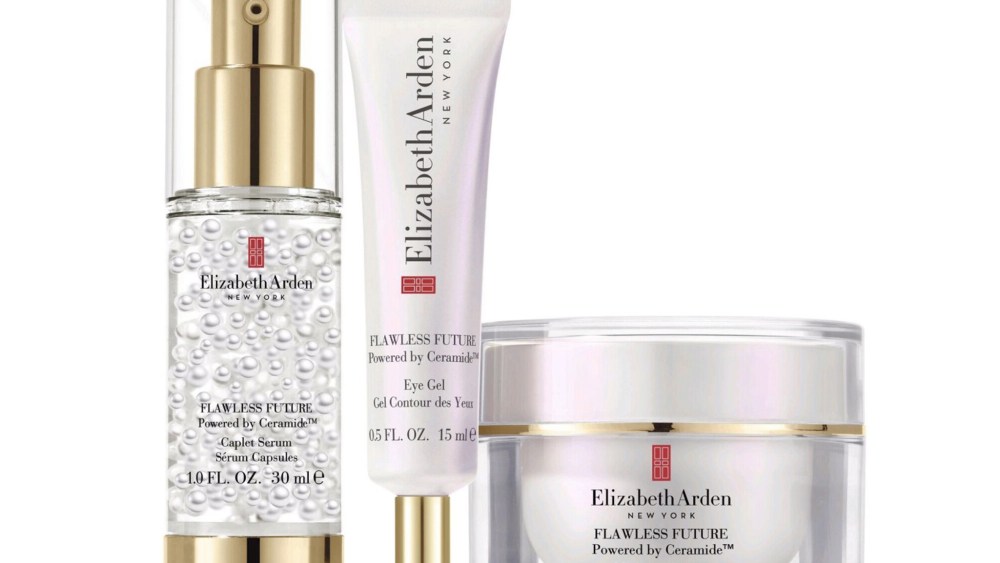 Ronald Perelman is doubling down on beauty — using his Revlon Inc. to acquire Elizabeth Arden Inc. in an $870 million deal that fuses together a mass and a prestige player into a new, much stronger competitive player with a global stage.

“This is an important acquisition on Revlon’s path to adapt to a changing landscape,” Perelman said. “Together with Elizabeth Arden, and building on Revlon’s momentum, our company will be better positioned to compete in all major beauty categories with more products and a broader global footprint.”

In a number of respects, the proposed deal offers pluses for both Revlon and Arden. “Revlon has a good strong color business in Latin America and we know it’s a fantastic fragrance market,” said E. Scott Beattie, chairman and chief executive officer of Arden. “But we really haven’t had any kind of commercial footprint in Latin America and I think by having that scale and footprint it will open up a lot of opportunities for fragrance.”

Beattie added that “It gives us many more levers for growth. We’ve also been struggling to improve our profitability over the past two years and the refinancing of the balance sheet of the combined business puts us in a really strong position.”

The pluses and minuses add up to a strengthened whole in the view of the executives. “Now we are a real player in fragrance,” Garcia said during an interview with WWD. As an example of the possibilities, “Charlie has a great opportunity to come back,” he said, referring to the landmark, Revlon, that came to symbolize women’s liberation. “Back in 2015, we made an acquisition of [CBBeauty], the creative beauty group in the U.K., and what we bought was capability in fragrance. We were signaling intent that we had always had to recover the great heritage this company had in fragrance and now we have a leading business in fragrance around the world.” Arden has a top battery of celebrity fragrances by Britney Spears, Elizabeth Taylor, Justin Bieber, Mariah Carey, Nicki Minaj and Taylor Swift, as well as scents by designers like John Varvatos.

Beattie acknowledged Arden’s lack of presence in Latin America, and pointed out that it would be a ripe market for his fragrances. Garcia singled Brazil in particular. “It’s a very large bucket we are interested in.”

The deal came like a thunder clap as the market closed. It came as no small surprise, considering that many in market had assumed that Perelman was considering selling his majority stake in Revlon. In January, a filing with the Securities and Exchange Commission revealed that his investment company, MacAndrews & Forbes Inc., said it was exploring strategic alternatives. That essentially put up the “for sale” sign.

Looking at those alternatives, the New York financier saw a landscape in flux, with Coty Inc. working on its own $12.5 billion deal to buy 43 brands from the struggling Procter & Gamble, The Estée Lauder Cos. Inc. and L’Oréal snapping up indie brands, scores of smaller brands looking for partners and room for a larger Revlon to capitalize on.

The deal is expected to close this year, following regulatory and shareholder approval, and will expand on Revlon’s strength in mass color cosmetics and hair care by layering in Arden’s prestige expertise in licensed fragrances and its namesake skin care, color cosmetics and fragrance offerings. Geographically, Revlon already sells in 130 countries, but Arden brings with it presence in growth areas, especially the Asia-Pacific region.

Garcia told Wall Street on a conference call that the combination would provide Revlon with “an excellent platform for future growth.”

“We will now be in the top 20 beauty companies in the world,” Garcia said, noting the deal would build Revlon up to $3 billion in annual sales and $560 million in annual adjusted earnings before interest, taxes, depreciation and amortization.

Garcia said the deal was “timed to take advantage of favorable industry dynamics” and described beauty as “an attractive industry that has grown consistently over the past five years.”

“The combined company will be strongly positioned to distribute our brands in all key channels where beauty customers shop,” he said. That includes a presence in mass and prestige doors, travel and specialty retailers, department stores and salons. About 57 percent of the business will come from North America.

“This combination positions us for a very bright future,” Beattie said on the call. He will join Revlon’s board as non-executive vice chairman and senior adviser to Garcia. Arden shares closed at $9.31 on Thursday, but skyrocketed more than 48 percent in after-hours trading, to $13.81. Revlon’s shares closed at $31.15, rising slightly in after-hours trading to $31.30.

“Although it’s the end of a chapter for us as an independent company, it opens a new door and a new opportunity for us,” Beattie said. “We are confident we found the perfect home for the Elizabeth Arden brand. Revlon protects its brand as well as we do. We also see the same cultural fit and global focus on growth that will benefit the combination of both of our companies.”

A larger Revlon would also have more heft and leverage while it negotiates with retailers, vendors and producers.

To grab this opportunity, Revlon will pay $14 a share in cash for Arden, a 50 percent premium over the company’s $9.31 closing price Thursday. Including the repayment of debt and preferred stock, the deal gives Arden an enterprise value of $870 million.

The company expects to realize cost synergies of about $140 million by “the elimination of duplicative activities, leveraging purchasing scale, and optimizing the manufacturing and distribution networks of the combined company.” Revlon said those cost savings would be fully realized in a three-to-five year time frame.

Perelman, who has flirted with acquisitions and taking the company private over the years, tapped BofA Merrill Lynch and Citigroup Global Markets Inc. for $2.6 billion in financing to fund the deal and refinance Arden’s debt and Revlon’s bank term loan and revolving credit facility. Moelis & Co. advised Revlon on the transaction.

Revlon projected it would have pro forma leverage of about 4.2-times its net debt/adjusted EBITDA by the end 2016 and the ability to pay down that debt with “anticipated strong cash flow.”

Revlon’s always been about more than money for its owner, though.

Perelman told WWD in 2012 that the company was “ready to grow through acquisition” and said that, “at different times, you think about different things.”

He acknowledged a personal connection with the company, which he took control of in a 1985.

“I’ve got a bunch of girls who have interest in the company,” he said. “I love the company, but I love all of our companies. If I don’t love them, we don’t do well in them because there’s something about it that I’m not happy with or that’s gnawing at me or something that is structurally wrong and those we don’t deal with. But if I love the company, it’s like my little pet, you know?”