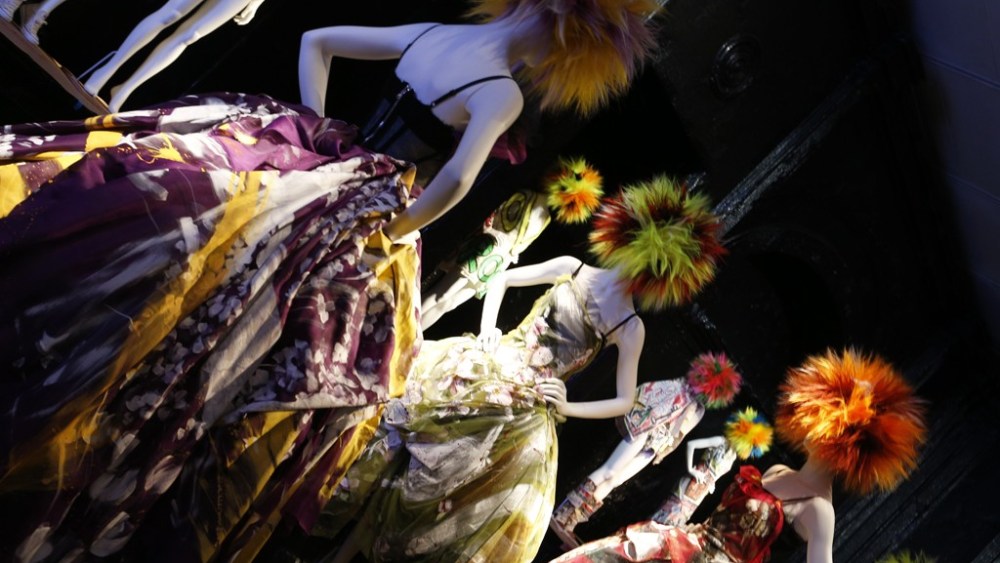 NEW YORK — “Punk for me is about absolute honesty.”

That is how Riccardo Tisci sized up the theme of The Costume Institute’s new exhibition “Punk: Chaos to Couture” after a preview Monday.

The Givenchy creative director said, “My life has been very punk. I have always had to fight for my rights. I come from a country that has very heavy religious customs. I am very Catholic and I believe in God. I grew up in a family that didn’t have financial wisdom and power. I have had to fight for what I believe in to support women’s rights and other aspects of society to be recognized and understood.

RELATED STORY: First Look at ‘Punk’ at the Met >>

Punk still resonates because everything about it strikes such emotion with people, Tisci said. “It’s always about respect of humans. Whether it’s fashion, music, art or something else, human respect is what makes it stay on.”

Aside from seeing his own life as being punk, Tisci said Monday that the people he collaborate with are each punk in their own way. As one of the chair’s for Monday’s Met gala, Tisci mentioned how several of his friends and collaborators had agreed to stop working or drop what they were doing for 24 hours to join him. Beyoncé, Madonna, Frank Ocean and Marina Abramovic will be at his table, he said.

Always hatching side projects with Abramovic, Tisci said Parisians are abuzz about the unisex ballet cos­tumes he designed for Abramovic’s all-black mirrored scenography in the new take of Maurice Ravel’s “Boléro” that debuted last week at Opéra Garnier. And there will be more to come.

As for whether he is ever not working, Tisci said, “In life, if you have a very strong point of view you don’t need much. You have to have time to live, to learn, to travel, to see art, to love, to hate, to suffer, then there is my job that takes at least eight hours a day. I don’t like sleeping very much. I think that is wasting time.”