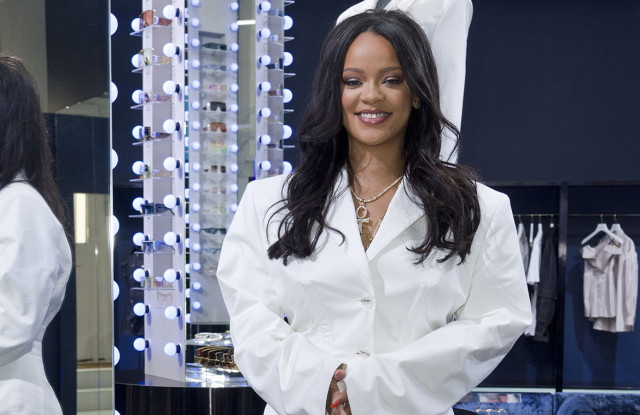 If anyone knows how to put on a show, it’s Rihanna.

The fashion and beauty mogul and singer hosted her second annual Savage x Fenty lingerie collection on Sept. 10 with a 40-minute show that included some of today’s buzziest musicians and models, making it the most highly anticipated event of New York Fashion Week.

On Sept. 18, Amazon Prime released a new teaser video of the performers and dancers from the Savage x Fenty show, giving fans a sneak peek at what’s to come during the official stream to be released on Friday.

From who is performing and how to watch to the no cell phone rule and teaser trailer, here is everything you need to know about Rihanna’s Savage x Fenty fall 2019 lingerie fashion show.

When and where is Rihanna’s Savage x Fenty show?

The Savage x Fenty lingerie fashion show was held on Sept. 10 at the Barclay Center in Brooklyn.

The fashion show is invitation only, but Rihanna is teaming with Amazon Prime to exclusively stream the show beginning Sept. 20 in more than 200 countries. The Amazon Prime stream will also give a behind-the-scenes look at how the show comes together. The collection will also be available for purchase on Amazon.

Who will be performing at the Savage X Fenty show?

Rihanna announced a host of musicians that will be performing at the fashion show, including the likes of Halsey, Migos, DJ Khaled, Big Sean, A$AP Ferg, Fat Joe, Fabolous, Tierra Whack and more. On Sept. 19, Amazon released an additional teaser video featuring the fashion show’s performances.

Who will be modeling the collection?

What will the Savage x Fenty show look like?

Images and videos during the show were prohibited — as showgoers were not permitted to use their cell phones in the venue — and will be revealed through the Amazon Prime stream. However, the streaming service has released a teaser trailer for the forthcoming stream, which shows Rihanna backstage at the Savage X Fenty show with her models, performers and dancers before the fashion show begins.

WWD reported from the show that Rihanna’s collection was “empowering, entertaining, provocative and sexy,” showing how a lingerie brand can put on a successful show in the post #MeToo era. The show was a blend of fashion and music, with a catsuit-clad Rihanna taking the stage herself to open the show with a vogueing-like performance.

What can be expected at the Savage x Fenty show?

At the first Savage x Fenty fashion show last year, a diverse group of models were seen sporting the collection’s sheer bodysuits, harnesses and lace lingerie, to name a few styles, among a botanical garden backdrop. An unexpected highlight of the show came from pregnant model Slick Woods — dressed in a body harness with pasties — who went into labor immediately after walking the runway.

This year’s spectacular runway show was a continuation of these notions of empowerment and inclusivity underlying in the brand. The full collection and performances will finally be revealed to the public on Sept. 20, via the Amazon Prime stream.

Where will the Savage x Fenty collection be available?

In addition to the brand’s web site, Savage x Fenty’s first collection is available for purchase through Amazon. The spring 2019 collection will also be available on Amazon starting Sept. 20.