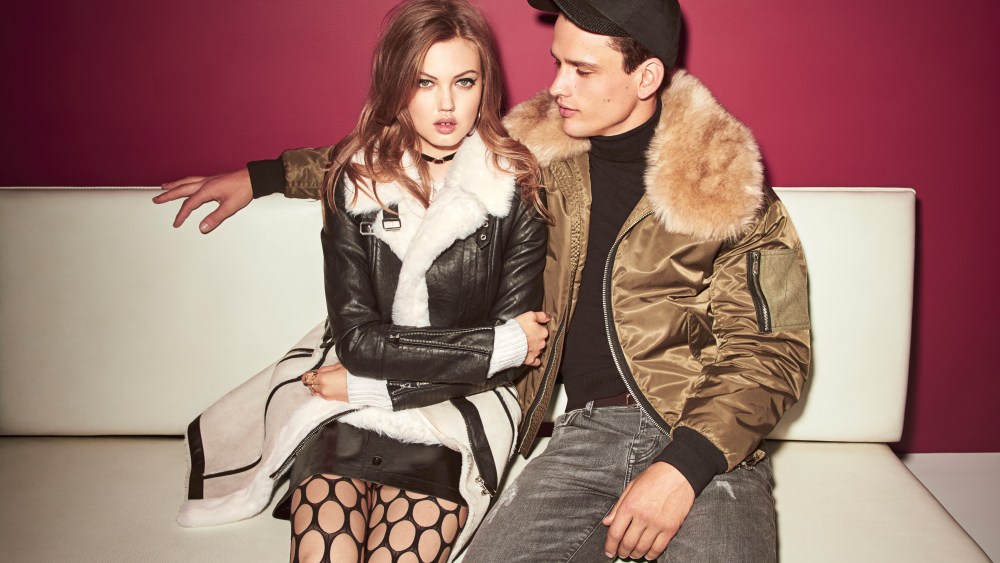 The campaign was shot by the Australian photographer Emma Summerton in New York and styled by Edward Enninful, who has been collaborating with River Island for the past year. Summerton has recently shot campaigns for the Australian retailer David Jones and for Kate Spade New York.

Wixson and Nessman are shown in a series of laid-back shots that aim to resemble Polaroids. The only props are pieces of minimalist furniture. The campaign highlights the most trend-led pieces from the retailer’s fall 2016 range, including puffer coats, sheer pussy-bow blouses, military-inspired jackets and embroidered mini skirts, all reflective of the season’s maximalist mood.

A series of still shots featuring the line’s equally trend-riven accessories offer is also included. Among the highlights are a pair of thigh-high boots, leather backpacks, white sneakers and block-heeled loafers.

Images from the campaign will break in the September issues of British publications including Vogue, GQ, Elle and Glamour.

The high-street retailer has also recently worked with the British jewelry designer Dominic Jones on a capsule collection that will be released as part of its Design Forum initiative. It will include jewelry inspired by the botanical world.