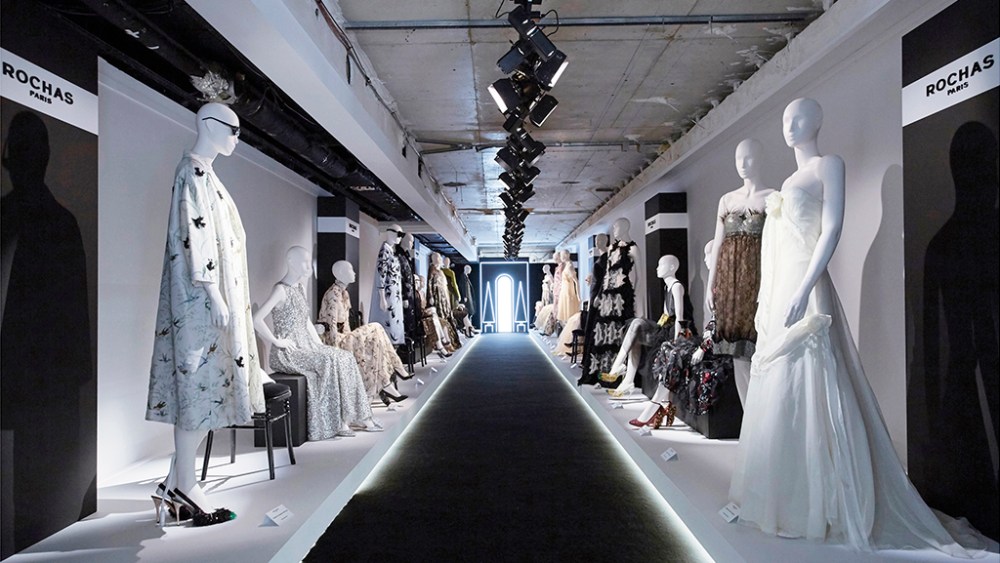 NINETY CANDLES: To help celebrate its 90th anniversary this year, Rochas hosted an exhibition including vintage fashion, fragrance and advertising and a party on Wednesday in its soon-to-be-open new headquarters at 1 Rond-Point du Champs-Élysées in Paris.

“It all goes with the global intention of the brand to really push it forward and to make it much more visible,” said Stéphane Lemonnier, fashion and accessories director at Rochas.

On display were some pieces by Marcel Rochas, the label’s namesake designer, as well as creations by Peter O’Brien, Olivier Theyskens, Marco Zanini and Alessandro Dell’Acqua.

One room specifically devoted to fashion included 28 looks — dresses, pantsuits and even pajamas — shown alongside accessories and perfume. Especially in keeping with the birthday theme were a few pieces bedecked with swallow imagery from Rochas’ fall 2015 show, which marked the label’s 90 years with the print inspired by the house’s 1934 collection.

Lining the walls next door were copies of ads dating back to Rochas’ start. Kicking that off was an image from 1925, a black-and-white drawing depicting the entryway to Rochas’ headquarters framed by two fir trees.

There was also the 1936 campaign for Les Parfums Marcel Rochas framed with a colored rectangle, which originally appeared on the back cover of theater programs. That was the first time the house had used such a graphic-design element, which is still part of its logo today.

The next big step in the development of Rochas, which was acquired by Inter Parfums SA earlier this year, is a new feminine fragrance set for launch in 2017, according to Philippe Benacin, chairman and chief executive officer of the company.