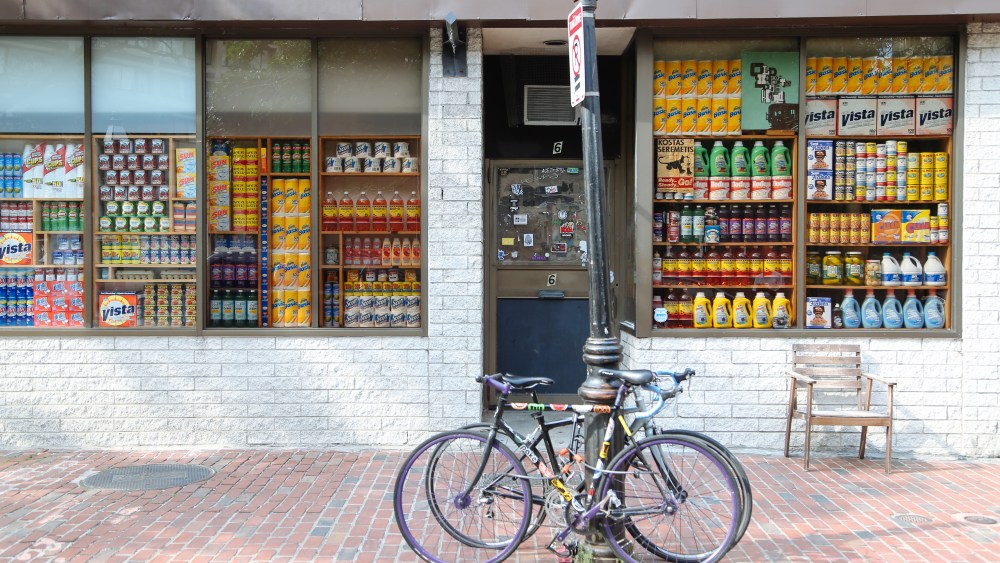 LOS ANGELES — Those who come to Bodega seek it out. There’s no such thing as just happening upon it.

The Boston retailer, which inhabits what would appear to outsiders as a traditional neighborhood convenience store selling paper towels and pickles, expands to the West Coast next year as the first retail fashion tenant to be announced for the 30-acre Row DTLA redevelopment project in downtown’s Arts District. The original Boston store, opened in 2006 at 6 Clearway Street, embodies the opposite of everything streetwear-philes talk about when it comes to the Internet, retail and lack of discovery that once surrounded the hunt to find new brands.

“There used to be, especially in the sneaker game, we’d take the Chinatown bus in New York and go to these stores in these bad neighborhoods. There was this cool sense of discovery,” said Jay Gordon who, along with Oliver Mak and Dan Natola, founded the store. “The negative [now] is you can shop every store across the globe from your house, in the woods somewhere, but the sense of discovery…it’s sort of gone the way of the dodo. We, for a long time, didn’t even have a web site because we wanted people to come to the store and have that physical space.”

Bodega makes people hunt for its store. Its wares are hidden behind the guise of a neighborhood bodega. Open the secret entrance and the real store is actually a high-end boutique selling items such as $850 pixel reflective jackets from Stone Island, $120 Nike Roshe Ones and $145 waxed cotton Fred Perrys. Venturing to L.A. will open the retailer up to a new customer, one that may be a bit more adventurous and avant garde when it comes to fashion, Gordon said, giving the retailer a greater runway to dabble with new brands or expand its offering of existing lines.

Bodega’s opening is still a ways away, with a moving target around June 2017, but the deal sets the tone for the mixed-use project’s retail component, the leasing of which is being handled by developer and brokerage Runyon Group. The firm is the same group behind the Platform project in Culver City, which it developed and owns.

The Bodega space totals about 8,000 square feet, some of which will be kept open for a possible gallery or some other nonretail use.

The same secretive locale, in keeping with the retailer’s tag line of “hidden in plain sight,” that made the Boston store what it is will be translated to Los Angeles. Although, Gordon was tight-lipped on the exact location of Bodega within the project other than to say it will be near the Smorgasburg food and design market that takes place at the Row DTLA on Sundays.

“It’s not that we don’t play well with others, but we’re sort of used to being by ourselves,” Gordon said. “We’ll be hidden in the space. So I think a lot of people won’t see it, won’t get to it [and] won’t know it’s there. That’s what we want. The people that really seek us out, will do it.…It’s not for everybody. It’s like antiretail 101.”

Or, it’s retail 101, depending on how one looks at it as retailers and shopping center owners scramble to change in the face of industry-wide alterations in how customers buy and what they’re buying from brands.

There’s something to be said about the Bodega Boston store, which started out as a joke among the three founders thinking aloud about the possibility of doing retail. “One thing led to another and we decided to do it,” Gordon said.

They found the space and built out the store.

“When we first opened, my father called me a moron on more than one occasion,” Gordon said.

The company around 2007 launched its own apparel line beginning with basic T-shirts and hats before expanding into cut-and-sew in 2009. It picked up a Japanese distributor but later pulled back, deciding to focus on selling direct in a move Gordon said ultimately allowed for the company’s L.A. expansion: “We wanted to get back to our core competency, which was straight retail.”