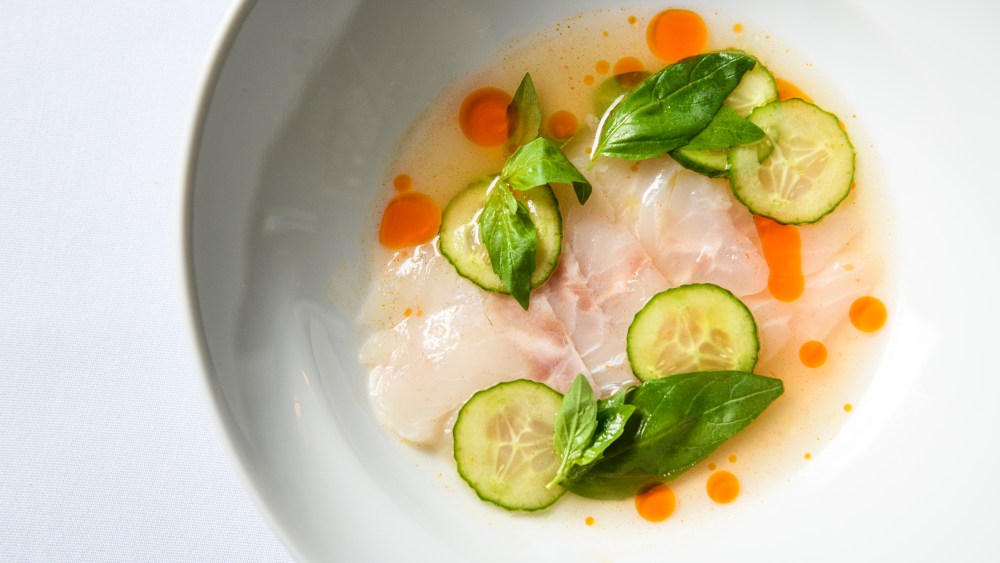 “After a year of it being a little bit like, yea, keep coming back! It’s fun to redirect people to try something new,” says Kyle Hotchkiss Carone, who opened American Bar shortly before the pandemic. The restaurant emerged as a neighborhood hot spot this past year, amassing a dedicated base of buzzy regulars. Now, with the city reopened, Carone is welcoming customers to his newest restaurant in collaboration with developer Rob Goldman, Saint Theo’s, nearby on Bleecker Street and West 10th.

Saint Theo’s also marks the launch of Carone’s own hospitality company, Grand Tour Hospitality, which will include American Bar, Saint Theo’s and Café Clover, which closed last year during the pandemic but is reopening this fall. The thematic link for the group is “Places that are inspired by spaces in Europe,” Carone says.

Saint Theo’s is leaning into a Venetian vibe, inspired by Carone’s experiences in the European city (the restaurant is also named for the original saint of Venice). “I have all these memories of spending time in Venice in the late evenings. And a huge piece of that is the cicchetti concept, which is basically Italian tapas,” he says.

The menu at Saint Theo’s, led by Grand Tour culinary director Carolina Santos-Neves (who also oversees the cuisine at American Bar) and executive chef Ashley Rath, taps into coastal Italian cuisine. To start, there’s a slate of raw appetizers — oysters and crudo — as well as cicchetti-style snacks like salted cod and sardines. There’s also a hearty salad selection, a selection of pastas kept simple, and an entrée section where the coastal and Mediterranean influence shines through in dishes like dover sole, whole branzino and cuttlefish served with polenta. An all-day café will open in a side space within the restaurant later this fall.

The dining room was designed with comfort, and clubby familiarity, in mind. “It feels like even though you don’t know everyone in the room, you feel like you know everyone in the room. It’s cozy, it’s comfortable,” Carone says. The room is outfitted with dark green banquettes, patterned tile floors and white tablecloths. The green-painted walls are decorated with mirrors, Venice Biennale exhibition posters and nostalgic Pirelli calendars, and Murano glass sconces underscore the Venice connection. The overall design aims to be beautiful, but not too beautiful; easy and fun.

While July isn’t typically a prime month to open a restaurant in New York, Carone notes that Saint Theo’s feels particularly fitting for the current moment. “It’s hot, you can go inside; it’s beautiful, you can eat costal Italian food,” he says. “People seem to be around more this summer than they normally are, so I think we’re going to have a fun opening.”