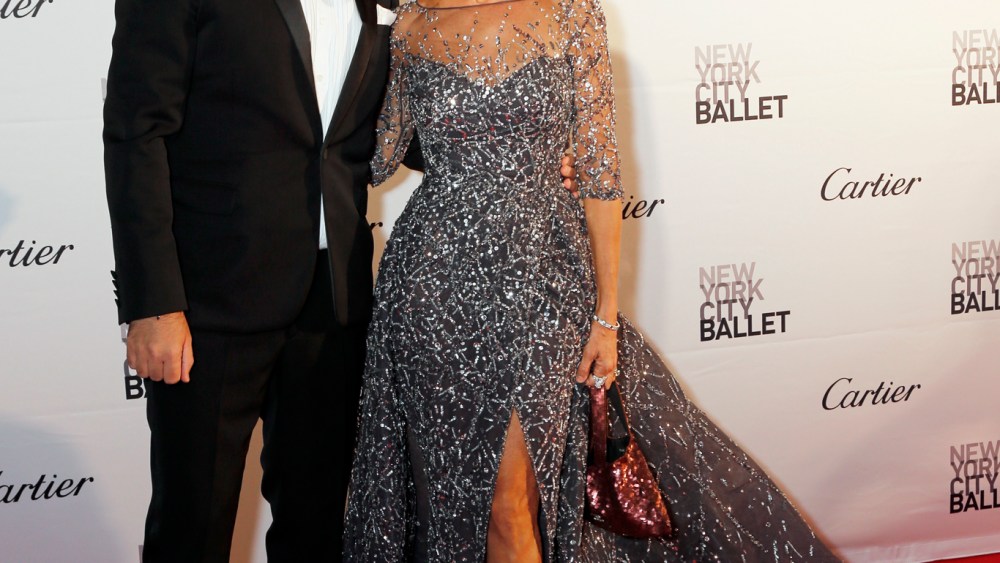 Attendees including Sarah Jessica Parker, Jennifer Hudson and Vanessa Williams joined in the ballet’s reverie with a post-performance dinner where dancers, designers and choreographers breathed a collective sigh of accomplished relief.

Having seen his costumes for Peter Martins’ “Thou Swell” finally hit the David H. Koch theater’s stage, Copping said: “I feel really proud of it. It’s the first time I’ve ever designed costumes for anything so it was a challenge, it was a different way of designing.”

At the end of the performance, Copping joined the dancers onstage for a final bow — a limelight experience that, for him, felt out-of-turn. “When I go on the catwalk in the end [of a fashion show], it’s pretty on-and-off very fast, [the bow tonight] was a little too long for me, but I kind of enjoyed it,” he said.

Though exemplary, Copping’s costumes were not the only treat for audience members. For one night only, NYCB principal dancer Robbie Fairchild rejoined the company onstage for the first time since taking a hiatus to make his debut as the lead in Broadway’s “An American in Paris” musical.

His temporary return to the NYCB stage was as the male counterpart to Sterling Hyltin’s “flirt” character in “Thou Swell”’s tableau re-creation of The Rainbow Room’s midcentury heyday.

“The orchestra pit was huge, it’s like the little things you forget. That theater is so wonderful to be in and that stage is so huge — it was a really fun time being back home for a while,” Fairchild said of his return.

Parker, who serves as liaison between choreographers and designers for each fall gala, was elated with the evening’s results. She recognized the event’s challenges, both for choreographers and designers: “It’s a real process and we are always expecting to get a ‘no’ [from designers]. For a lot of European designers, it’s fashion week, so it’s a little bit complicated to get schedules to work, but for so many designers, the opportunity to collaborate like this is such an exciting challenge, they all love it.”