For 75 years, the story of World War II has largely been written by men, for men. In 2015, Sarah Rose decided she would change that. Rose, who has female friends in the military, was lounging in a hot tub in Hawaii when she wondered, ‘Who was the first woman in war?’ A few Google searches later, she found her answer.

“I came across this corps of 39 women that nobody knew about, in America anyway, who were considered the first women in combat,” says Rose. “They had been in combat 75 years before America lifted the combat exclusion rule so that immediately got me interested.”

That search inspired Rose to pen her second book, “D-Day Girls: The Spies Who Armed the Resistance, Sabotaged the Nazis and Helped Win World War II,” out April 23. “D-Day Girls” details the stories of female members of Britain’s highly secretive Special Operations Executive, a group of spies that ultimately made it possible for the Allies to defeat the Nazis in WWII.

Rose has long been fascinated by the idea of women in the military — partially because she knows women who serve, and partially because they defy patriarchal notions of what it means to be female. “We have such a G.I. Joe, masculine vision of what the military is,” says Rose. “And all of these women are hardcore and tough as nails, but they’re feminine, they’re flirty, and they’re super-accomplished and confident.”

The same can be said of the book’s primary protagonists: Andrée Borrel, described as “a scrappy and streetwise Parisian,” disillusioned housewife Odette Sansom, and Lise de Baissac, the SOE’s “unflappable queen,” all of whom learned how to parachute out of planes, concoct false identities and communicate via Morse code, for starters.

Rose took up similar skills as part of her research. She moved to France, built radios, attended boot camps and even took a parachuting lesson. Although learning how to jump out of a plane, Rose admits, was the easy part. It was much harder facing the misogyny perpetuated within the WWII community.

“The people who kind of obsess about these stories, they are not happy to give a voice to women’s stories,” says Rose, who also scoured declassified military files and interviewed veterans as part of her research. “Some of it was like this constant debate in my head with those white, 65-year-old men who want to be the protector of all things war.”

It is these attitudes that have, time and time again, led to women being written out of history. Because women’s narratives weren’t recorded, women instead were reduced to symbols to be projected upon. “They became martyrs for the kind of national storytelling for a very wounded nation,” says Rose. “They were symbols more than they were people, and that I think happens to women a lot because they’re not the ones writing the stories.”

This factor motivated Rose to right this wrong, and to tell Andrée, Odette and Lise’s stories to the fullest. “D-Day Girls” brims with detail, akin to the nonfiction narratives of Erik Larson and Laura Hillenbrand. “Those are books I don’t put down,” says Rose. In other words, Rose wrote the kind of book she wanted to read.

In the wake of the 2016 election and the 75th anniversary of D-Day taking place in June, “D-Day Girls” seems particularly pertinent. However Rose, who began working on “D-Day Girls” four years ago, says she did not foresee her tale being so relevant. “We didn’t think we were selling this massive analog to a female-led resistance,” she says. “It was unthinkable in 2015.”

While we are currently living in an age of renewed female empowerment, Rose wants to remind readers that stories like the ones told in “D-Day Girls” have always existed, they’ve just been written out of history. “Women have always been a force for social change,” says Rose. “They were resisting long before it was a hashtag.” 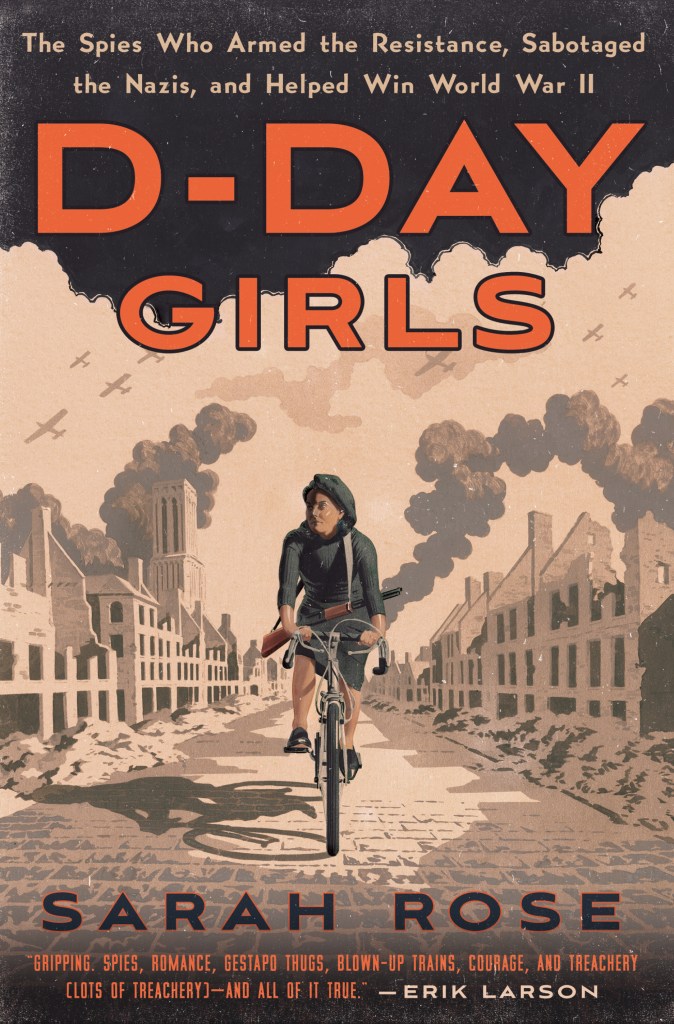 Terror Jr. Emerges With the Truth