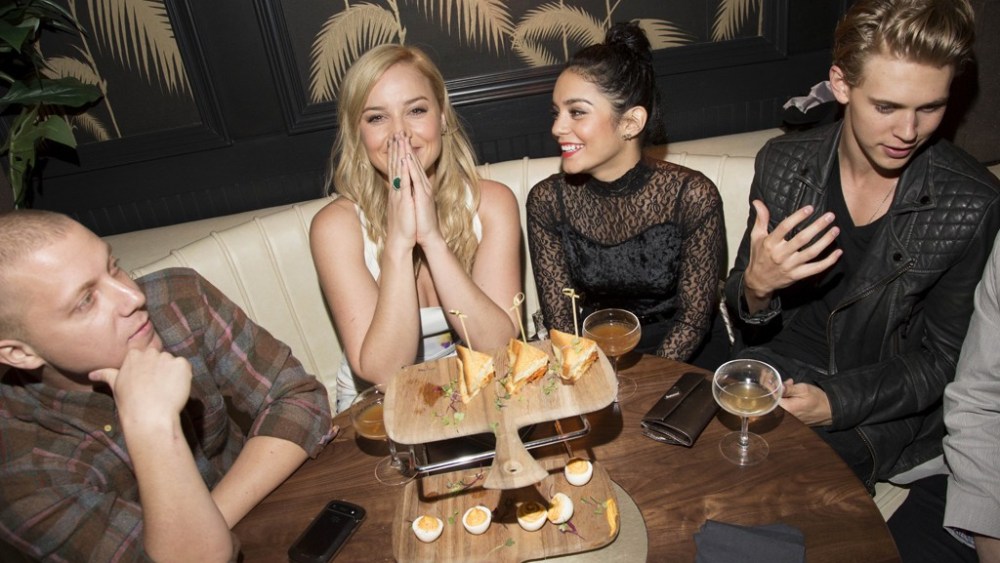 “It was deliberately written to be a Shih Tzu,” Martin McDonagh said Wednesday night as he worked the press line at Chelsea Clearview Cinemas before a screening of his latest film, “Seven Psychopaths.”

The plot centers on the increasingly violent fallout of a dognapping, and WWD was curious if the playwright-turned-director, who is known both for his breakneck dialogue and predilection for mayhem, had settled on the breed for its poetic possibilities.

The movie’s marketers didn’t practice such restraint. A poster on an easel over McDonagh’s shoulder displayed a particularly egregious example.

“Not me,” McDonagh said with a smile. “CBS. Not me. There’s one joke in the film that does play on that. If you’ve seen it, it only happens once. Everything else. The advertising, everything else, is not mine.”

A few of the film’s stars, including Christopher Walken and Sam Rockwell, followed their director down the line ahead of the Cinema Society- and Hugo Boss-sponsored screening. Both rushed by the press line. Abbie Cornish, who has a small role as a put-upon girlfriend, said that she had wanted to work with McDonagh since she read the screenplay for his directorial debut, “In Bruges.” Dressed in a floral-print-accented Roland Mouret dress, Cornish didn’t seem particularly given to any psychosis herself.