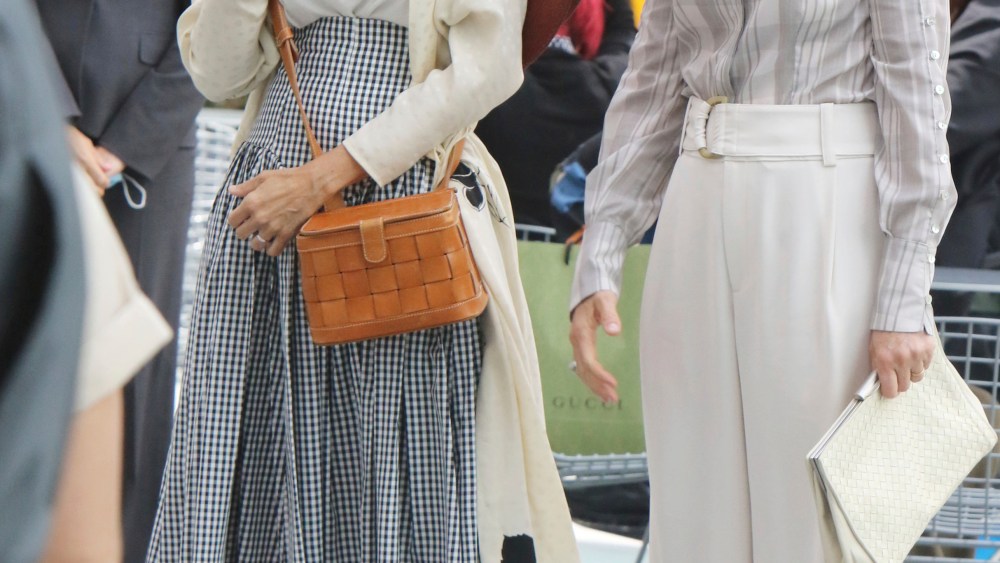 Carrie, Miranda and Charlotte are back as if they’ve never left.

Since the “Sex and the City” reboot, called “And Just Like That…,” has commenced filming, most of its cast members have been seen sprinkled throughout various locations in Manhattan. Eager fans have seen some of their favorite characters in neighborhoods like the East Village, Upper East Side, Meatpacking District and SoHo, to name a few.

And while it has been more than 17 years since the original show wrapped and over a decade since fans have seen the whole crew, including Samantha Jones, together in the franchise’s second movie, it looks like the show’s essence of individual style remains alive.

Though Patricia Field, the show’s original designer, isn’t involved this time around, her longtime codesigner Molly Rogers is. There is currently an Instagram account called @justlikethatcloset dedicated to all the outfit details to the upcoming reboot. The profile has already accrued over 100,000 followers since its creation. Additionally, the satirical Instagram account @everyoutfitonsatc, run by Chelsea Fairless and Lauren Garroni, has also been updating many fans on the filming BTS and fashion. The popular account has more than 700,000 followers and counting.

When HBO Max announced a reboot in January, it was revealed that Parker, Nixon and Davis would all be returning to reprise their roles in the 10-episode revival. Chris Noth, Mario Cantone, David Eigenberg, Willie Garson and Evan Handler will also reprise their roles as John James “Mr. Big” Preston, Anthony Marentino, Steve Brady, Stanford Blatch and Harry Goldenblatt, respectively.

In September, Garson passed away after a battle with pancreatic cancer while the reboot was still filming.

However, Kim Cattrall, who played fan-favorite Samantha Jones, will not be returning for the project. Though her absence will be addressed, according to HBO executive Casey Bloys.

“Just as in real life, people come into your life and people leave,” Bloys told TV Line. “Friendships fade, and new friendships start. So I think it is all very indicative of the real stages — the actual stages of life.”

The reboot will also show that Carrie’s social circle will actually grow as half a dozen new characters are introduced. Included in the lineup are Sarita Choudhury, Nicole Ari Parker, and Karen Pittman, who will play Seema Patel, Lisa Todd Wexley and Dr. Nya Wallace, respectively. Bridget Moynahan, who played Big’s ex-wife Natasha Naginsky, has also been seen on set.

Earlier this month, Parker and Noth were seen filming in Paris, which made fans eager to know what’s to come for the couple.

In October, HBO Max announced that “And Just Like That…” will premiere sometime in December.

‘Sex and the City’ Reveals First Look at Reboot: See the Photos

Patricia Field Talks ‘Emily in Paris,’ ‘Sex and the City’ and ‘Run the World’