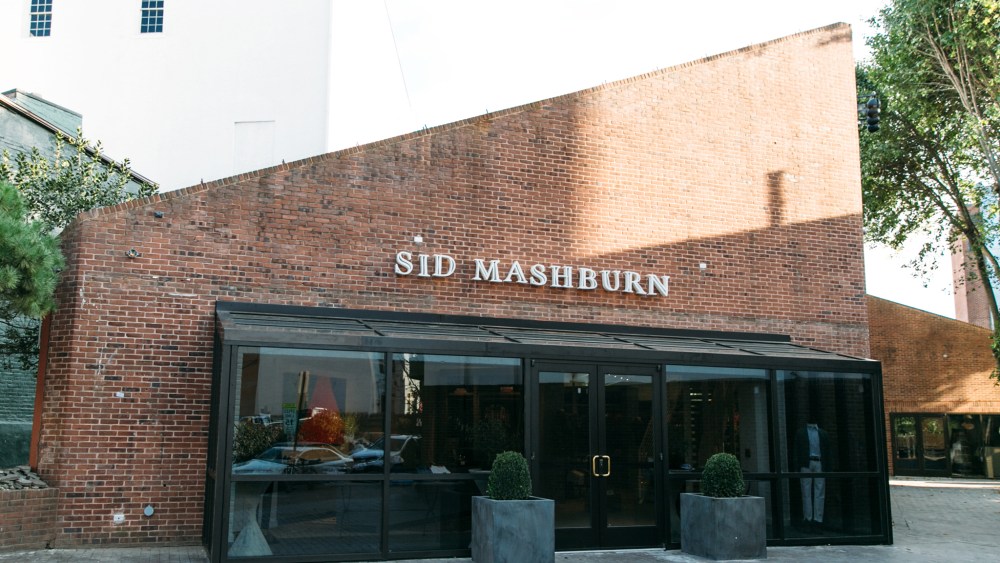 Sid and Ann Mashburn are increasing their retail presence.

The husband-and-wife team, who opened their first store in Atlanta in 2007, have brought their Southern sensibilities further north with a Washington, D.C., store, which opened this week in Georgetown.

The 7,200 square-foot-shop is located at 3206 N Street, which is in close proximity to Georgetown’s shopping district surrounding M Street and Wisconsin Avenue. Neighboring retailers include Restoration Hardware, Apple, Ralph Lauren and Tory Burch.

“When Ann and I first started we looked at nine cities and Washington was on the list,” said Sid, who held men’s wear design positions at J. Crew, Ralph Lauren, Tommy Hilfiger and Lands’ End before moving to Atlanta in 2007 to start Sid Mashburn, the name of his men’s line and store. “Georgetown has a great mix of residential and commercial areas, but we felt like Washington was lacking specialty stores.”

Designed in collaboration with residential architect D. Stanley Dixon, the store features an entrance for Sid Mashburn, the men’s concept, and a separate entrance for Ann Mashburn, the women’s store and collection that was introduced in 2010. The Sid Mashburn space includes a greenhouse entrance, an open-air tailor shop, a Sid Mashburn signature, and distinct areas dedicated to made-to-measure and footwear. The Ann Mashburn shop features white exposed brick walls, an inspiration photo wall and an oak staircase that leads to a second story selling space for accessories.

The space and its stock have the same ethos as the other Sid and Ann Mashburn shops, according to Ann.

“The thing that people have responded to is a really strong point of view,” said Ann, who started her career at Vogue and moved on to Glamour before meeting Sid at J. Crew, where she worked as a stylist. “You can find amazing things anywhere, but customers respond to our consistency and our product line.”

The Sid Mashburn men’s line is comprised of classic American sportswear — Shetland crewneck sweaters, corduroy pants and flannel down coats — along with a varied offering of suits. Suits retail from $1,000 to $4,500 while dress shirts retail at $145. The Ann Mashburn women’s collection consists of updated classics ranging from cashmere boyfriend sweaters, which retail for $295, to double face wool tops, which retail for $450. Both collections are sold exclusively at Sid and Ann Mashburn stores and on their e-commerce site.

Each space stocks the in-house line along with an edited assortment of brands including APC, J Brand, Tretorn, Vanessa Bruno, Levi’s, Caran D’Ache pens and Edward Green shoes. Sid said that in the future he will open a coffee shop within the Georgetown shop.

The couple will also open a store in Dallas in November. They currently run a shop in Houston. The unit will also include separate spaces for men and women. The retail plan is to open a few stores per year in major U.S. cities. Sid would like to have 10 stores by 2018. On the e-commerce front, which makes up 18 percent of the company’s sales, they are set to launch made-to-measure shirting soon.