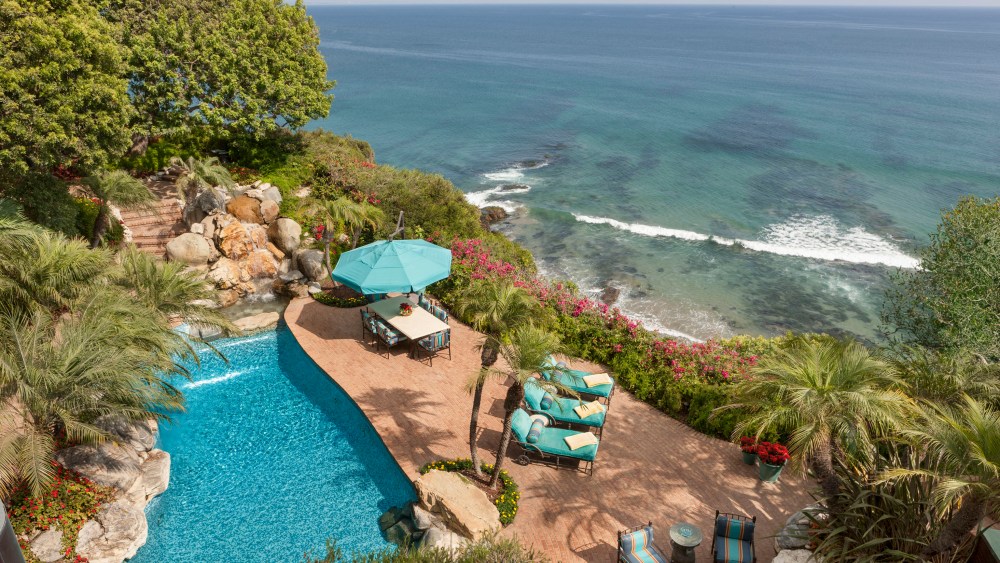 Sidney Kimmel, the fashion boss turned movie producer, is seeking $81.5 million for his sprawling Malibu retreat, making it the most expensive property for sale in the exclusive beach enclave.

The 89-year-old Philadelphia-born philanthropist and his wife, Caroline Kimmel, bought the secluded Point Dume property off Johnny Carson’s widow for a little more than $46 million in 2007.

After swapping The Rockefeller Center for sunny California in the early Seventies, the comedy legend, best known for “The Tonight Show Starring Johnny Carson,” eventually set up home in the Malibu hideaway and lived there until his death in 2005.

Built in the late Seventies and set on more than four acres of land with access to the beach, the 7,100-square-foot, two-bedroom contemporary-style main house is a mixture of wood and glass and has panoramic views of the Pacific Ocean, while 30-foot glass ceilings allow natural light to flood the center arboretum.

Other features include a sunken copper and glass fireplace and a wine cellar, while outside there is a cascading waterfall and a saltwater pool, surrounded by a sun deck overlooking the ocean.

The main attraction has to be a a championship tennis court, which stands next to a 2,700-square-foot, two-bedroom tennis pavilion and a bench from Wimbledon that NBC gave to Carson.

According to various media reports, he was such an avid tennis fan that he arranged as part of the $2 million sale of another of his homes to John McEnroe that the tennis star would give him three one-hour lessons.

Kimmel founded Jones Apparel Group in the Seventies, taking it public in 1990. He stepped down as Jones’ chief executive officer in 2002 and set up Sidney Kimmel Entertainment, a film production company, two years later.

The Los Angeles-based finance and production company has financed and produced close to 50 feature films, including “9 1/2 Weeks,” “The Kite Runner” and “The Place Beyond the Pines.”

The colisting agents for the property are Chris Cortazzo of Coldwell Banker Global Luxury and Linda May of Hilton & Hyland.