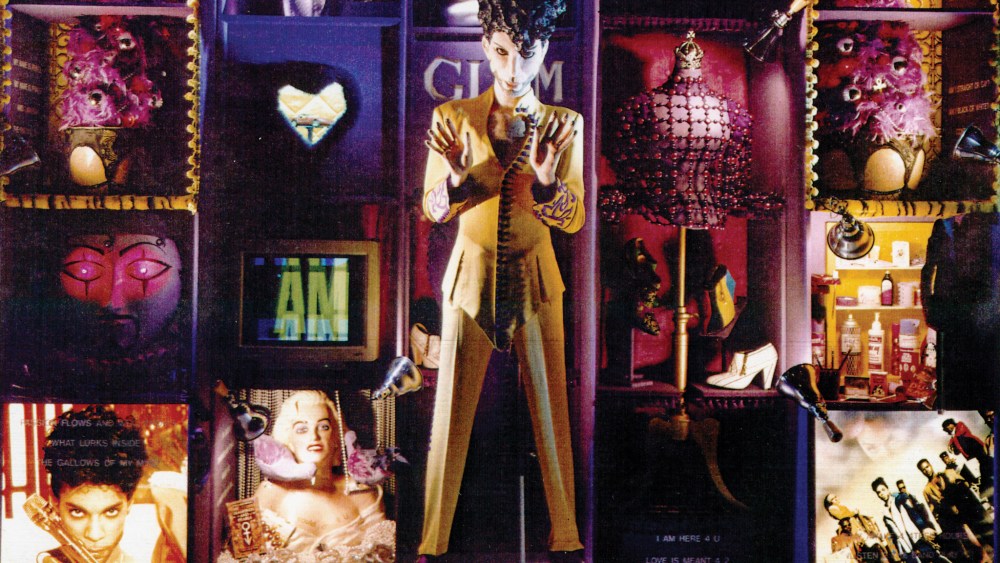 Paging all streetwalkers, duchesses, homeless people, hedge-funders, angels and criminals. Y’all are invited to the great Holiday Window unveiling. Which store? Any store! Holiday windows are an insanely democratic form of entertainment: no charge, no velvet ropes, no glass ceiling, no country-club snobbery, no ageism, no sexism. Come, all ye! Part sideshow, part diorama, part street-theater, there is something undeniably socialist about the scope and intention of these annual vignettes.

During the latter part of last century, and the first decade of this one, I devoted the bulk of my waking hours to window-dressing. I clawed my way to the top of this mysterious, not-very-cutthroat profession — this very publication once dubbed me, “The diminutive doyenne of display” — and I enjoyed every paint-spattered, glittering, screeching, stylish, vamping, camping, glue-gunned, sequin-encrusted, papier-mâché’d minute of my ascent. Especially the Holiday Windows. For we window dressers, these twinkly extravaganzas are a time to show off, to preen and to compete. They are also our bête noir.

The annual responsibility of coming up with a noteworthy holiday theme hangs over window dressers everywhere like the staple-gun of Damocles. Something scintillating, something topical, but not too racy, not too cheesy and not too elitist. The design of the Holiday Windows must also complement the image of the store, and simultaneously propel it forward, all the while generating warm, fuzzy press coverage. A new take on “The Twelve Days of Christmas”? A revamped fairy tale? A movie tie-in? An astrology theme? Limericks or proverbs? A collaboration with a famous artist? Something festive and sweet, but still fresh and edgy. After all, the contemporary audience will not applaud clichés. Everybody on that sidewalk now expects to be intrigued and surprised, again and again and again! Every year the bar gets higher.

I came to Barneys in 1985, back when there was just one store, the original location down on Seventh Avenue and 17th Street. (FYI, Barneys will reopen in this location in spring of next year.) Hired by former owner Gene Pressman, I was charged with making the store’s windows a must-see, megadestination for the entire world and, most importantly, for the rich uptown fashion broads, or Nouvelle Society as they were known back then. Quel daunting challenge! Uptown and downtown were, back in the mid-Eighties, about as intimate with each other as North and South Korea. For a couple of years I struggled to meet Gene’s challenge. I needed a hook. Suddenly, shockingly, unexpectedly, it materialized: celebrity. The obsessive fixation with movie actors, A-listers and headline-grabbers erupted in the late Eighties and began to engulf everything in its path, including me. I began by including en passant allusions to random bold-facers in my weekly fashion windows — a name written in lipstick on a mirror or a small photo — and my window-viewing public responded with knowing chuckles. If the allusion was to something naughty or scandalous, then the reaction was that much stronger: a mannequin reading a copy of the New York Post with Sukhreet Gabel or Amy Fisher on the cover would always create buzz. One notable set of fashion week windows juxtaposed life-size dolls of Anna Wintour and Diana Vreeland — the Vogue editor of yesterday and the Vogue editor of today! — created by artist Greer Lankton. The reaction to these windows was seismic. Helmut Newton spontaneously planted his tripod on the sidewalk and a large crowd gathered. Inspired by the response to the Anna/DV windows, I decided to dedicate our Holiday Windows to depictions of the most noteworthy celebs of the moment, and the rest, though I say it myself, is window-dressing history.

The content was unconventional but so was my design approach. My displays were messy — Linda Fargo at Bergdorf Goodman always credits me with having “invented the messy window” — gaudy, satirical and very, very crafty. Everything was made out of something else. During my time at Barneys I have made wallpaper out of Twinings English Breakfast tea-bag wrappers (40,000 of them), light fixtures out of Amex Cards, Christmas trees out of 700 Eva Gabor wigs and furniture out of 300 pounds of Colavita pasta. I’ve made Holiday wreaths out of millions of copper pot-scrubbers. I’ve crushed up CDs and made them into jumbo glitter, I’ve turned 100 Barbie dolls into high-kicking Rockettes.

I continued dressing windows at Barneys for another two decades. I churned out artist-collaborations, live windows and every other kind of window imaginable. The Holiday Windows, regardless of the theme, invariably contained cavalcades of celebrity allusions. Random examples include the following: Bowie’s McQueen-designed flambéed Union Jack coat; Andy Warhol celebrating an Andy Warholiday; Cher, because the holidays are for Cher-ing, and Prince Charles in the bathtub enjoying a Royal holiday whilst Camilla, dressed in a couture Lanvin housecoat, gazed enigmatically at her longtime lover. In 2010 we created A Foodie Holiday. It was a playful satire on the global obsession with celebrity chefs. Daniel Boulud, Guy Fieri, Wolfgang Puck, Bobby Flay et al, were depicted in the midst of an appalling and inappropriate food-fight. In an adjacent tableau, Martha Stewart, Rachael Ray, Ina Garten and all the girls swapped Holiday recipes whilst dressed in Snuggies. These chaotic, colorful and anarchic windows were my apotheosis, but they were also my swan song. At the age of 58, with more than 35 years of window-designing under my belt, I finally unplugged my glue gun.

I feel nostalgic for those years, especially at holiday time. I miss the planning, the laughter, the tears, the tinsel, the roar of grease paint and the smell of the crowd. But my misty moments of remembrance are invariably short-lived, thanks to my new role: enthusiastic spectator. I now get to stand on the sidewalk, enjoying and applauding the creative efforts of others including David Hoey and Linda Fargo at Bergdorf Goodman, Faye Mcleod at Louis Vuitton and, Dennis Freedman and Tommy and Matt and the whole gang at Barneys. My brilliant successors are every bit as audacious as I was, if not more so. This year they have refrigerated the windows — it’s 20 degrees below in there! — and installed a hallucinatory icy landscape which includes a spectacular Dale Chihuly installation and Moncler-clad, chain-saw-wielding ice-sculptors.

You pedestrians, as you enjoy this season’s holiday displays, spare a thought for the Barneys team and for all the window dressers of the world. All you have to do is show up on the sidewalk and enjoy the free entertainment. Meanwhile, those hardworking elves are in a state of terminal post-installation exhaustion. They are dehydrated — unlike this season’s Barneys vignettes, most display windows are infernally hot! — and they are hallucinating with fatigue. They have glitter in their hair and glue gun burns on their hands, and they are already fretting about next year’s theme!