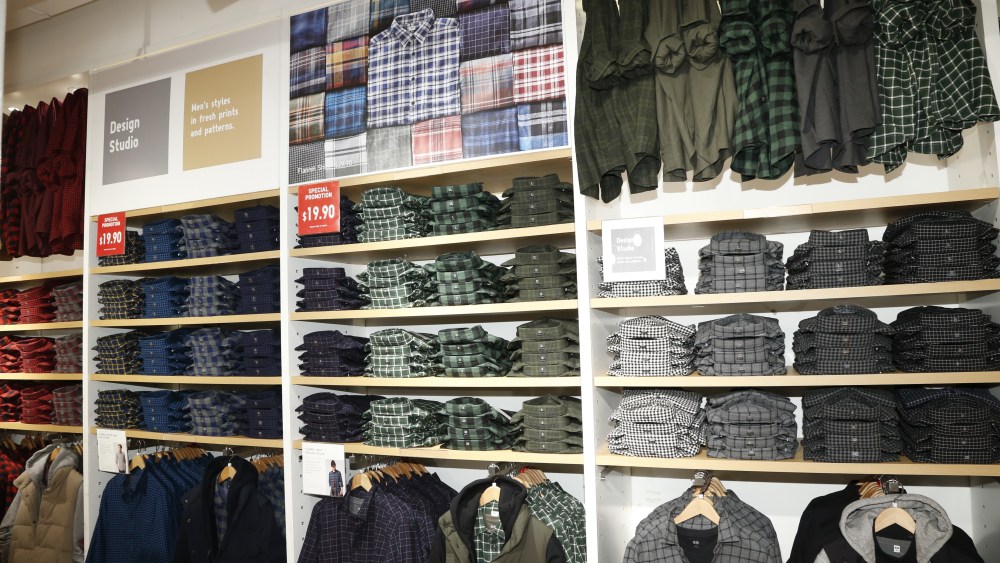 NEW YORK — Uniqlo has set its sights on SoHo as the key to a better future in the U.S.

On Friday, the Tokyo-based retailer unveils an overhaul of its SoHo store at 546 Broadway between Prince and Spring Streets — Uniqlo’s  first flagship in the states launched 10 years ago.

Depending on the performance of the flagship over the next year, it could become the standard for how Uniqlo designs, merchandises and markets its other stores in the U.S. More than a decade ago, Uniqlo discreetly entered the U.S. with a store in New Jersey, followed by the SoHo store in 2006.

Since then, there has been mixed success with its U.S. expansion, and recently executives have been up-front about the disappointments. They cite a lack of consumer awareness, particularly in suburban locations; insufficient marketing and advertising, and some issues with product presentations. Last spring, Tadashi Yanai, founder and president of Uniqlo’s $13.89 billion parent Fast Retailing Co. Ltd., admitted the company was struggling in the U.S., where there are 45 stores, but vowed it would rebuild, though he did not explain how.

But the SoHo store is clearly a key part of the strategy.

While generally not happy with the state of business in the U.S., Hiroshi Taki, ceo of Uniqlo USA, said SoHo was doing well until the disruptive nature of the renovation started. It’s among the top three volume stores for Uniqlo in the U.S., along with Fifth Avenue — the largest volume unit — and 34th Street, both in Manhattan.

“Overall our business is improving,” Taki said, though he candidly acknowledged, “We have had many mistakes — product mixtures, designs, the way we create the stores, service. Uniqlo is not well-known in the suburban areas. There are a lot of customers in the malls, but they don’t come into our stores. Maybe the presentation is not that good or the marketing is lacking. Some people don’t know what Uniqlo is or who Uniqlo is yet. They don’t think of Uniqlo as their local community store yet.…There have been a lot of carryover items and we had to reduce the pricing of those items, but [the stores] have been improving.”

He characterized the SoHo project as part of a “re-branding.” Previously, “We were focusing on discounting and promotions. We need to let customers know how our products are different from competitors’ and what’s good about them and also to focus more on the Manhattan area. Unless we can sell in the cities we cannot sell in the suburbs. That’s why we are re-branding.”
Taki added: “We would like everybody to know about Uniqlo through our SoHo store,” talking about the significance of the downtown flagship and the details of its remodeling and new marketing plan. “We are refreshing the SoHo store and changing the product mixture.”

Speaking through an interpreter at the U.S. headquarters in SoHo, Taki said, “The 10th anniversary is the perfect timing. The store had gotten kind of old after 10 years.”

The 28,850-square-foot, three-level store has been remodeled with 12 shop-in-shops; an expanded assortment of trendy products along with core basics, which were more dominant before, and many exclusive items, he said. There is also Uniqlo’s first denim bar.

“We are now able to have the full-line presentation. Before, it was only Fifth Avenue that carried the flagship collection,” Taki said, referring to the 89,000-square-foot mother ship that opened on Fifth Avenue and 53rd Street in 2011. It was reported at the time that Uniqlo agreed to pay a then-record lease of $300 million over 15 years for the Fifth Avenue location.

“This is our first major renovation here. We are going to have a flagship mixture of products. We’re going to have 100 items special to the store,” Taki said.
For the reopening, touches of Japanese culture and T-shirts, hoodies and sweats adorned with contemporary art are set amid the raw, spacious warehouse-like ambience of the site, with its exposed ceiling and brick walls. Along the staircases are blow-ups of Andy Warhol, Keith Haring and Jean-Michel Basquiat to flag the items with their artwork. The store’s mezzanine has become an exhibition space reminiscent of a SoHo artist’s loft, to display the products from the SPRZ NY (Surprise New York) collaboration between Uniqlo and the Museum of Modern Art.
Seeking to further raise the profile and connect better with the community, the flagship will host special events and unusual presentations over coming weeks, including a pop-up matcha bar, a temporary “gacha gacha” vending machine dispensing candy and trinkets, and custom bicycles from Tokyobike of Japan, which has a store in SoHo. There will also be pin giveaways. Pins are considered gifts in Japan, and like emojis, important in Japanese culture.

“We want to show our Tokyo ethnicity and background,” said Taki. “The theme for the store is the new Tokyo in SoHo. We are bringing in a lot of Japanese elements.”

Taki said a series of events has been set through December, and more afterward are contemplated.

Each shop-in-shop has its own name to reflect the merchandise. For example, there’s the “Get Moving” shop for products with performance technology like “blocktech” coats and “dry sweat” activewear to wick away moisture, and bicycles by Tokyobike displayed to further the active atmosphere.
Among the other shops are:
* The Design Studio for women’s flannel shirts, merino sweaters and wool outerwear displayed alongside measuring tapes and a vintage sewing machine to highlight the design process, fabrics and patterns.
* Supima Perfection for cotton T-shirts in a variety of styles set alongside traditional Japanese tea ceremony tools to invoke the ethos of “simple made better.”
* Living Well for innerwear items and fluffy fleece displayed with candles by SoHo Candle & Co. to create a relaxed environment as shoppers browse the comfort wear.
* The Tokyo Newsstand with more than 60 fashion, lifestyle and design magazine titles including Popeye, a leading Japanese men’s fashion magazine.
* The Ready-to-wear shop for knits, merino wool, jackets and bottoms for “everyday style.”
* The New Gentlemen for contemporary workwear.
For easier shopping, merchandise has been rearranged so men’s is on the lower level, women’s and men’s are on the main floor, and kids’ and some additional women’s are on two. The store retains its imposing enclosed glass showcase up front, highlighting key products of the moment. Floors have been refinished, another 1,000 square feet was added by eliminating an elevator, and like before, there is more than ample folded sportswear, which keeps the staff busy maintaining it all neatly displayed.

On the promotional side, Uniqlo SoHo will offer $10 off core items on the first weekend of trading, including the Ultra Light Down Jackets, Extra Fine Merino sweaters, flannel shirts and jogger pants. The first 1,000 customers in the store on each day of the Labor Day weekend will receive a mystery gift card ranging from $5 to $100, and the first 25,000 customers will receive a limited-edition Uniqlo x Pintrill pin upon a purchase, to commemorate the relaunch of the store. Some restaurants and bars in the neighborhood will distribute free Uniqlo beverage coasters and customers will receive $10 off any purchase of $50 or more at the SoHo store when redeeming their coaster.

During every weekend in September, complementary iced matcha green tea lattes will be provided courtesy of MatchaBar, a family-owned business in Brooklyn. The serving ceremonial grade matcha is sourced directly from an independent family farm in Nishio, Japan.

Uniqlo SoHo will also engage with local nonprofit organizations such as Free Arts NYC and municipal agencies, including the NYC Department of Homeless Services, on special events. And in September, Uniqlo’s two-year-old Science of Lifewear campaign, which is themed around simple modern fits and fabrics “to improve people’s lives,” launches in the U.S.

“This hopefully will become our new flagship store in the U.S.,” Taki said, with elements possibly applied to the company’s other flagships on Fifth Avenue and at 34th Street in New York, in Chicago and in San Francisco. “We may be able to make this the standard for other mall stores, too, if this is successful, Taki added. “We would look at this for a year” before determining what elements can be applied to other locations.

“Our strategy here in the U.S. is to focus on our flagships and expand if possible. We would like to open new flagships. Going forward, we want to open up in new cities such as Los Angeles. Or maybe even Seattle. We are going to open up in Washington, D.C., this year but it is a small store [where] we cannot express the true Uniqlo.”
Another unit will be opening in Denver, which Taki described as not small, but still not qualifying as a flagship. What makes a flagship a flagship? “Of course, it’s the sizing,” Taki said. “About 30,000 square feet or more, and the full line of our product assortment goes into our flagship stores.”
Newsletters