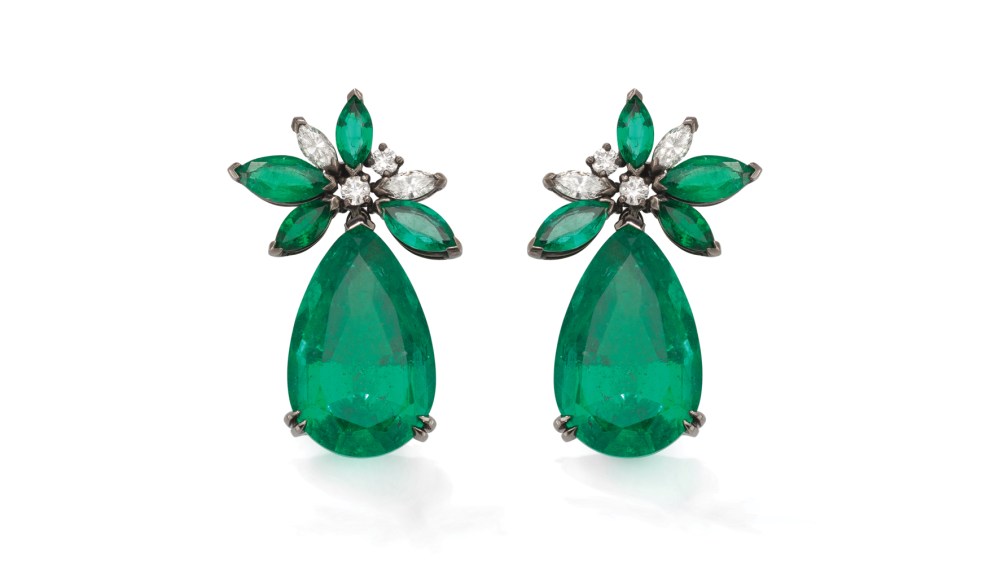 MOVE IT, MOVE IT: Solange Azagury-Partridge is marking 25 years in business with a series of new jewels inspired by past collections. The designer has added at least one fresh creation to each of her lines, which have names such as Cosmic, Filigree, Zodiac, Enamel, Stoned and Hotlips.

She showed off the new pieces during a presentation Wednesday at her store on Carlos Place, just off Mount Street in London, and among the highlights was a ring called Lucky Number, made from rotating baguette-cut diamonds set in blackened, 18-carat white gold.

The little diamonds move to create the numbers one through nine, like those on a digital clock.

“I was thinking about what to do for the anniversary,” said Azagury-Partridge, whose own ring was set to number eight. “So I looked at what I had done in the past — and added on to it.”

Other new additions include spinning diamond, emerald and ruby cog rings from the Kinetic collection; eerie hybrid animal pendants from Zodiac, and a fresh crop of colored lacquer and gold rings in her signature lip shape — one done in the spirit of the American flag.

The designer has also added pictogram rings to the Cosmic collection. One called Nature has emerald grass, a yellow sapphire sun and a turquoise sky.

There is a new category, as well, called Ephemera that includes long diamond earrings inspired by sound waves. A visual sound wave generator creates an image, which she then turns into jewelry.

Among the earrings on display, one said “Beauty is Truth” and the other, “Truth beauty,” from “Ode on a Grecian Urn,” by John Keats.

In typical straight-talking style, Azagury-Partridge has called the anniversary collection, “A Little Bit More of Everything I’ve Ever Done….” She’s also created a fast, flashy short film to mark the occasion, titled “Solange Rhythm and Soul,” featuring shaking, vibrating jewels — some of which split and divide like human cells. And lip-shaped rings blow out subtle kisses.

Of late, the designer has been exploring different ways of creating and selling, moving into men’s jewelry and undertaking one-off collaborations, last year with topshop.com and Amazon.co.uk.

Earlier this year, she curated an online auction of jewelry, design and art for Paddle8.com. It featured signature creations from her past collections, as well works by some of her favorite jewelers — Cartier and David Webb — and artists such as Lucio Fontana, Tracey Emin and Yayoi Kusama.