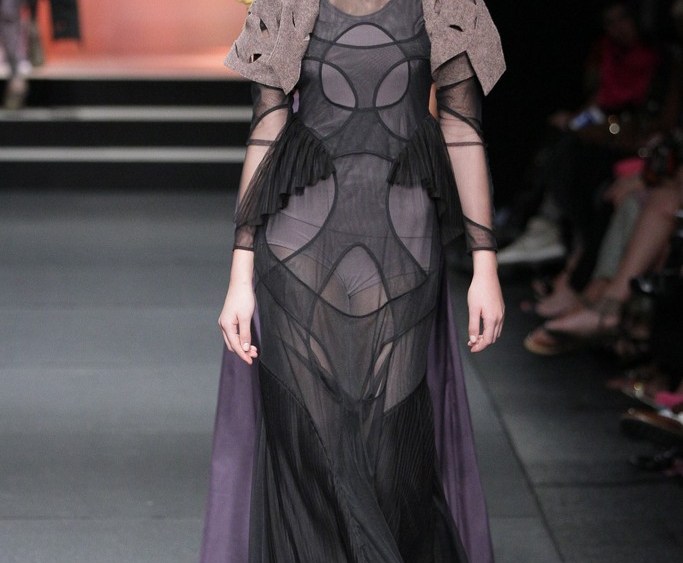 Eschewing the spectacle of glitzy productions or off-site locations, SAFW has, for the last two years, chosen to show at the Crowne Plaza Hotel in the bustling Johannebsurg suburb of Rosebank. Group shows clustering two or three designers take place over four days; on the fifth day, SAFW hosts a “Buyers Lounge” to connect designers with buyers. Because of this format, designers often end up showing capsule collections of between 12 to 15 outfits, which works best when a designer displays confidence in his brand’s identity, as well as a coherent vision. This was evident in the collections of Suzaan Heyns, Jacques van der Watt of Black Coffee, Clive Rundle, Joel Janse van Vuuren and House of Ole. As SAFW founder Lucilla Booyzen noted, “This season, the design language has been particularly strong.”

SAFW is sponsored by Lufthansa and Renault, with a retail partnership with Edgars department store. Renault’s participation in SAFW has reinvigorated the new talent-search competition, previously held in cooperation with Elle South Africa. It was won by Zano Sithetho, a young designer based in Kempton Park, outside Johannesburg, who designs under the Skorzch label, which he launched in May 2011. His men’s wear collection featured bright colors and sharp tailoring, clearly inspired by British designer Ozwald Boateng.

Explaining the mechanics of the competition, South African trend forecaster Dion Chang, who also sat on the judges’ panel, said, “This time, with Renault as a new partner, we swung the process completely differently. Instead of giving the designers a theme, which is very outdated, they had to submit a business portfolio. Then we chose six finalists based on that, and then I threw a really cruel curveball: We got Renault to cut a video focusing on their concept cars, new technology and all of that, and then we brought everyone to Johannesburg and, separately, we let everybody watch the video and I asked everyone to write down the first emotion that came in their heads after watching that. Only then did we tell them that whatever they wrote down was their theme for their final collection.”

Chang believed that this approach helped to raise the bar quite significantly. “The winner is a 27-year-old guy who does the sharpest tailoring, yet he’s never studied tailoring. He’s self-taught, and when you see the clothes, you can’t believe he does all that with one seamstress in his garage in Kempton Park.”

Sithetho recounted that he translated the video as “being flashy and elegant at the same time.” Thus, in creating his collection, he focused on “cut, textures and fabric as expressing class, while the flashiness came from the colors and accessories.” His palette consisted of bright oranges, reds, blues, maroons, browns and rust, worn in particularly vibrant combinations.

Sithetho said the 25,000 South African rands (around $3,000) prize, plus the keys to a new Renault Mégane Coupé, “is a huge boost. I intend to invest my winnings into my brand.  There’s equipment to buy and marketing to be done.”

The award, he added, “gives my brand a professional image, and will help bring attention to my work from customers and the media.” With prices starting at around $300 for a suit, he said that buyers have already placed orders.