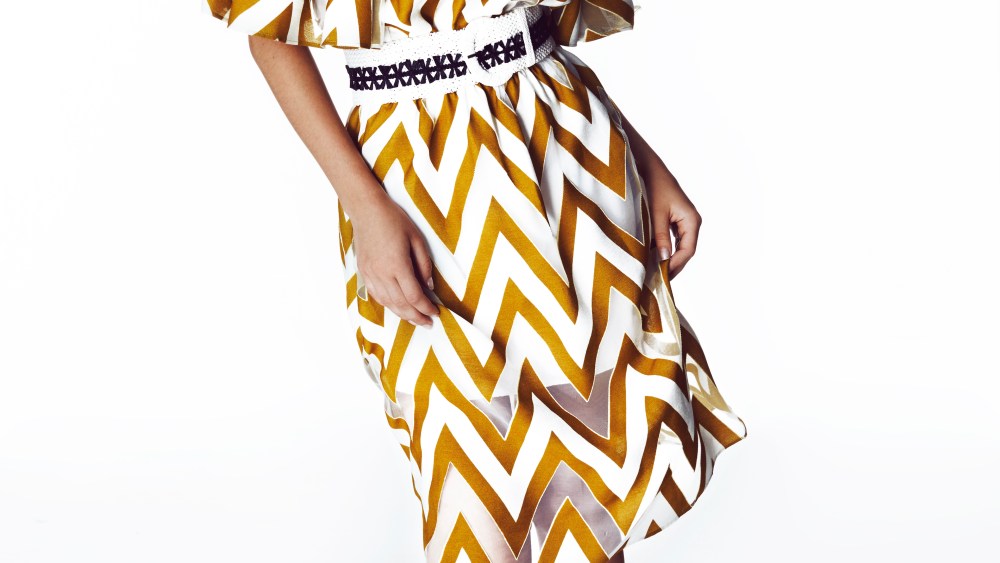 PARIS — Contemporary retailers are banking on a dynamic spring, with budgets uniformly up at the Paris apparel trade shows Tranoï and Capsule, which finished their three-day run here on Oct. 5.

Whether shopping for a Greek island boutique, a central Tokyo multibrand shop or a Madison Avenue store, buyers had increased spending for the season — some by as much as 10 percent.

Tranoï, which showed 550 contemporary labels over three central locations, saw visitor numbers up 4 percent versus the March edition. Buyers from France were most present, followed by Italy, Japan, the U.S. and U.K. Capsule reported visitor numbers rose 28 percent with buyers from Europe best represented, followed by Asia then North America.

Capsule’s cofounder Deirdre Maloney attributed the jump to positive word-of-mouth and increased attendance at Capsule Show New York Women’s event following through to the European market. The show welcomed double the number of retailers from China. While still representing just 8 percent of visitors, it’s a sign of the country’s growing demand for middle-market fashion.

Yet while budgets were up, the overall retailer sentiment was “underwhelmed.” The shows instead confirmed their role as a marketplace for a handful of rare discoveries.

“The world’s getting really big and stupid, so I’m getting small and smart,” said independent retailer Susan Foslien of The Grocery Store in San Francisco. While declining to reveal her buys, Foslien said she shopped four designers at Tranoï.

“I buy what I love,” she explained.

“The majority of the product seems to have a more international appeal,” observed industry veteran Sunni Spencer, shopping “must-haves” at Tranoï for her upcoming e-commerce venture — a curation of 27 designers that will direct the shopper to each brand’s own Web shop. Spencer, a brand consultant and former Bergdorf Goodman buyer, named loose-fitting, wearable separates by young Ukrainian designer Valery Kovalska as standout pieces.

“What’s good about this is it’s trendy but universally appealing, and I’m all about comfort,” she said.

In a bid to take the burden out of buying, Spencer is also launching a New York showroom intended to help the marketplace find hidden gems. “It’s my insider view on the must-haves because you can’t get everywhere to see everything,” she said.

In key trends, the continuation of the bohemian and urban gothic directions left many searching to find “something new” for the season.

“Don’t you feel like you don’t want to see another embroidered top?” asked Joey Wolffer, founder and creative director of The Styleliner, a summer pop-up in the Hamptons. “There’s almost too much of the Mexican embroidery, girly thing going on. There’s a lot of copies of each other. And we’ve already had customers say to us ‘we’re sick of fringe.’”

Wolffer lauded designers who had moved the boho direction forward for spring — making it less obvious, with fewer ruffles and less lace, styled with preppy prints — and named off-the-shoulder as a key spring look. Among bohemian-inspired collections that sold well, printed cotton kimonos and embroidered loose, cropped pants at Soho de Luxe were a hit, particularly among Japanese retailers, including United Arrows.

In a sign of resilience, buyers from Greece returned this season.

“There are more Greeks than ever. Perhaps we’ve decided to do something about the situation we’re living,” observed Magola Ksmetatou from multibrand boutique Tzanetatos on the Greek island of Cephalonia. Ksmetatou said the economic fall-out has made receiving overseas orders problematic.

With the dollar still strong, independent American retailers had money to spend, but feared their customer might not quite be ready for edgier trends like the urban black story.

“When you get back to the States, women don’t dress like this,” said Linda Golden from her namesake store in Haverford, Pa. “But if you have a resort store there are lots of things to buy.”

“Everything I see here is pushing customers forward,” said Jade Okere, an independent boutique owner from Philadelphia. “That’s what I’m looking to bring because Americans can get set in their ways. So I’m looking for something edgy and different.”

Okere named flexible white platform oxford shoes by Lolo as a brand that is exactly that.

“Ten years ago it was the retailers who set the agenda — today it’s the consumer,” he said.

Tranoï showcased 12 up-and-coming small- and medium-sized Japanese fashion brands in its TokyoEye exhibit, and upped its accessories offer with labels including Dita Eyewear and Sensi Studio hats that chose Tranoï for the first time this season.