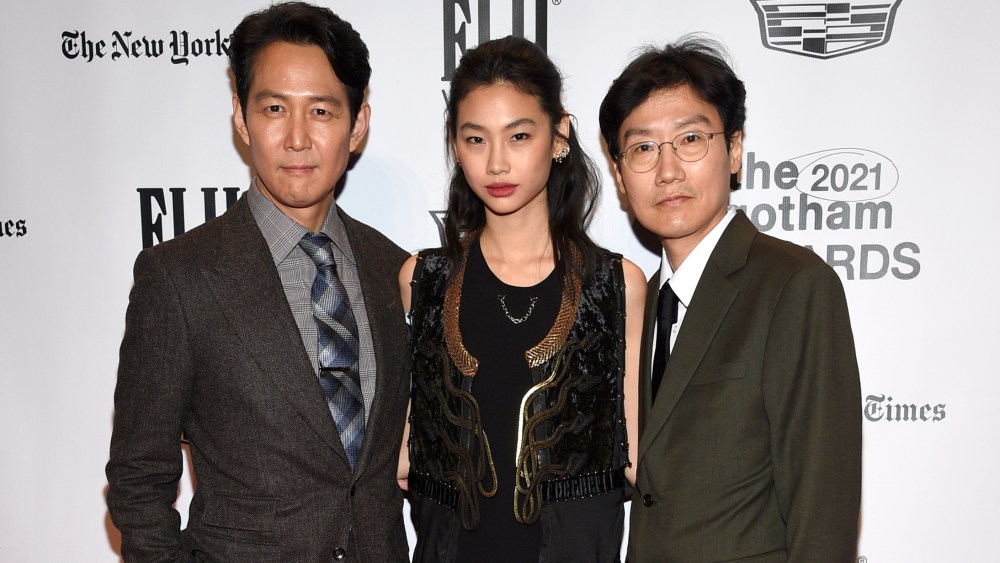 The 2021 Gotham Awards witnessed some fashion-forward red carpet style from some of the biggest celebrities.

On Monday, the 31st edition of the awards ceremony saw the likes of Dakota Johnson, Kristen Stewart, Tessa Thompson, Jeremy O. Harris and some of the cast from hit Korean TV show “Squid Game” attend the event held in New York City.

Instead of her usual Gucci ensemble, Johnson, whose film “The Lost Daughter” received the most awards, opted for a simple, sleek halter dress with a golden neck chain by Schiaparelli from the label’s spring 2022 collection. Stewart, typically seen in Chanel, for whom she is an ambassador, chose a hot pink strapless velour dress by August Getty Atelier, finishing her look with her hair in a messy updo.

Lee Jung-jae and HoYeon Jung of “Squid Game” also attended, with the former opting for a grey suit with a blue plaid tie and the latter wearing a dress by Louis Vuitton, for which she is a global ambassador.

Click through the gallery above to see some of the standout celebrity fashion moments on the red carpet of the 2021 Gotham Awards.

Kristen Stewart Dazzles in Chanel at L.A. Premiere of ‘Spencer’