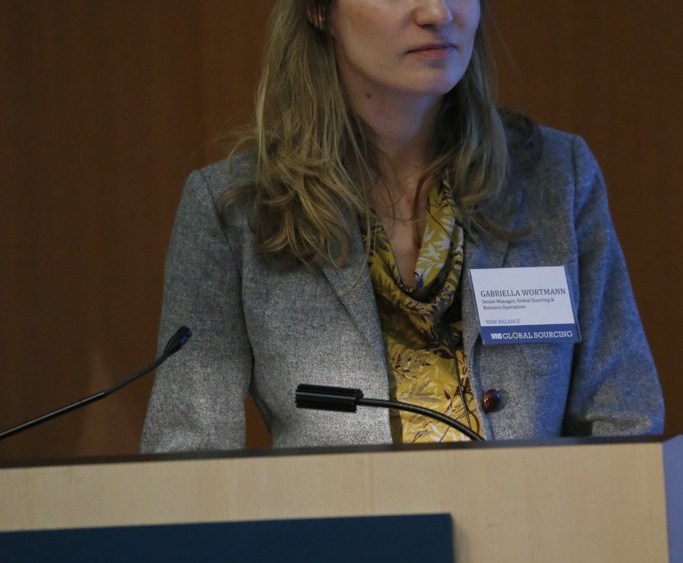 The people who bring designers’ dreams to life and get the goods to stores on time — or close enough — are caught in the cross currents, battling changing economies abroad and new priorities at home.

In less than a decade, China’s gone from being the industry’s great hope of centralizing production to a land of rising labor costs. And the U.S., where labor costs are even higher, has stepped into the sourcing spotlight as brands play the benefits of quick turns against more expensive production.

Add in an increasing emphasis on environmental sustainability and working conditions in factories — impacting supply chains from seed to sewer to shipper — and a sourcing manager’s job gets only trickier.

“The traveling circus is over,” said Edwin Keh, lecturer at the University of Pennsylvania’s Wharton School at the WWD Global Sourcing Forum. “The way that we’ve been sourcing for the last 50 years really doesn’t work anymore.”

Keh said brands used to be able to make money by tapping less expensive labor in one country and selling goods into a richer market, and then picking up and moving production once wages rose.

“That doesn’t work anymore because 50 years ago there was a developing world,” Keh said. “Most of the world has developed and very few [brands] want to go to Africa.”

The new global supply chain is less transitory, he said, and will be defined by deeper relationships with fewer manufacturers.

Factories are feeling the strain as brands streamline.

Munir Mashooqullah, founder and president of sourcing agent Synergies Worldwide, said, “The same vendor who made profit from [working with fashion brands] has started dabbling in the stock market in Shanghai and Mumbai and has bought real estate in Dubai or Dalian. And you don’t see that and all of a sudden this factory’s going belly up.

“They’re not very happy right now making T-shirts and garments,” Mashooqullah said. “The profits are shrinking and they are distracted and they want to make some quick buck by putting money somewhere else.” (Times could be changing for Synergies as well, which is said to be in talks to be taken over by Li & Fung.)

Some factories have buckled tragically under the pressures of the marketplace.

A fire last month at a jeanswear factory in Karachi, Pakistan, killed 289 workers. Doors leading out of the building were locked, making it harder to escape the blaze.

The disaster reignited the discussion over safety in production facilities and how brands should monitor contractors. Keeping tabs on fewer, larger apparel factories could be easier, but would entail other trade-offs.

Footwear producers, for instance, have gone big in China, where megafactories with 20,000 workers or more rule, but still the industry faces a crossroads. Chinese footwear imports to the U.S. were valued at $16.43 billion last year — about 74.1 percent of all footwear imports. But costs are creeping up.

“Can we still talk about cheap and readily available labor in China?” asked Gabriella Wortmann, senior manager of global sourcing and business operations at New Balance. “The answer is probably no.”

“We are very much a fashion-driven business with around 80 to 90 percent of our products being sold as discretionary purchases,” Wortmann said. Rising labor and material costs could make the firm’s athletic shoes “significantly more expensive relative to disposable income,” she said.

“What that means in my opinion is that the possibility of consolidation in the industry is of very real concern,” Wortmann said of the athletic footwear business. “Consumers may simply opt to spend their cash in a different way, especially if they see the price-value relationship of footwear declining in comparison to alternative products such as electronics, cell phones.”

The same could be said of apparel, where brands are working hard to differentiate and to improve their offerings to keep the consumer’s attention.

For Kellwood Co.’s Vince brand, that means doing what it takes to stay in front of the fashion curve.

In a conversation with WWD news director Lisa Lockwood, Luciana Marsicano, senior vice president of sourcing and production for Kellwood’s contemporary brands, said Vince produces some wovens, knits and denim in the U.S.

A peppy design and production process helps keep the brand current. It also seems to be working since sources say the brand is a candidate for an initial public offering.

“While [Vince] is somewhat of a basic line, at the same time we are trying to hit on trends that other people may not have put on the market yet,” Marsicano said. “We will keep redesigning our product very close to when we’re putting it in the stores. We’re looking at turn times of six weeks in many cases.”

Domestic producers, however, are not as centralized as their overseas counterparts, which have cutting, sewing and finishing all in one place.

“I would really like for [U.S. producers] to go back to the kind of factories there were 30 years ago, where they were a full-service manufacturing location,” Marsicano said.

Then there are brands, such as Eileen Fisher, which are trying to turn concern about environmental and social issues in the production process into a brand strength.

Amy Hall, director of social consciousness at Eileen Fisher Inc., said the company is looking hard at everything from the agricultural origins of its fibers to broader costs of shipping goods made overseas.

“Many people are resonating with the environmental message, but there’s another message here,” Hall said. “This product is made in China and many of our customers have a problem with that.

“How do you balance one decision for another?” Hall said. “How do you choose and environmental story over a human rights story or a long shipping distance story? There’s a huge carbon footprint involved in shipping this product back here to the States.”