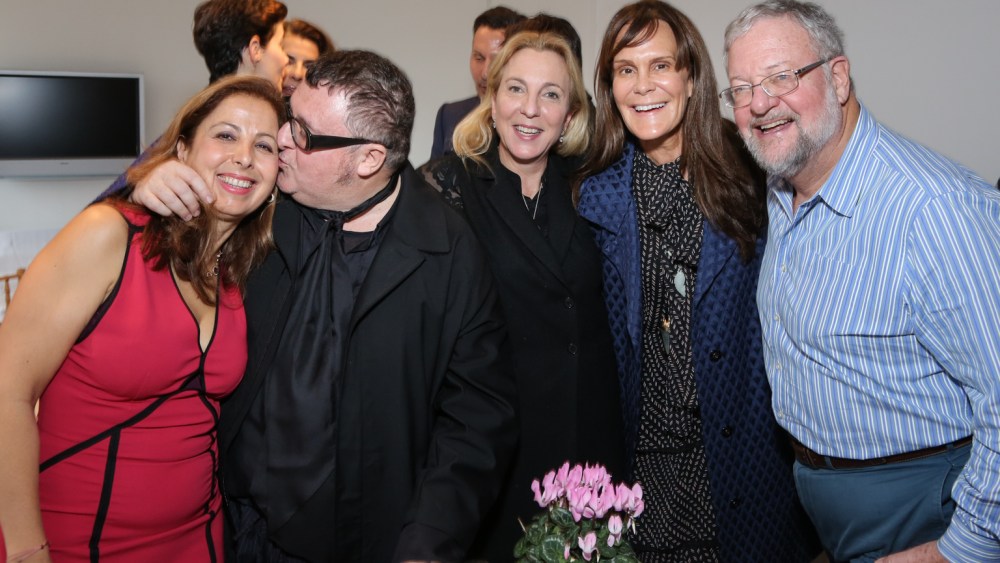 FOOD FOR THOUGHT: Susan Rockefeller’s latest documentary, “Food for Thought, Food for Life,” was screened during a breakfast in Paris on Thursday hosted by investment bankers and philanthropists Karine and Ariel Ohana.

Rockefeller conceived the 20-minute movie to help people think differently about what they eat and to make changes that positively impact health, the environment and communities. It encompasses a host of voices, including Dan Barber, co-owner and chief executive chef of Blue Hill and Blue Hill at Stone Barns.

“The fact is we each can do something — whether it’s the choices we make three times a day, if we’re lucky, with food. So there’s the personal level, there’s activism, it’s supporting nonprofit organizations and also working on the policy side,” said Rockefeller, who revealed she will launch an organic initiative with a large cosmetics company. “I wanted to show the soil, and how the seeds grow and the beauty of what we eat.”

“For someone who loves to eat, this movie is like a reminder of how much it takes to have a tomato on a plate in a restaurant,” said Alber Elbaz, at the Ohana & Co. investment firm headquarters.

The designer said that coming from the fashion industry he doesn’t often hear the word “soil.”

“Every time I hear it, I think of ‘soul.’ And I think the two words together have the same meaning,” he continued.

Ethical thinking is seeping into all realms of business.

Daniel Abittan, an entrepreneur whose family is launching in Switzerland the Italian food seller Eataly — where products are made in store — said it’s inevitable that a change is made to how food is retailed, in line with the shift in how it is created.

“We really need to invent how we sell our products,” he explained.

“There’s more and more meat that is biological, or ecological, but nobody cares about the animals that are transported 4,000 miles from the farm to the slaughterhouse,” he said. “Nobody cares about the slaughterhouses, where the most cruel things you can imagine are going on. What I want to do is to set up a foundation to certify meat that is not only farmed responsibly, but also transported responsibly and slaughtered responsibly. It’s the whole integrated chain.”

Karine Ohana noted a rise in the number of investors looking for innovative ethical labels in the fashion and beauty space.

“It starts with the consumer, so the more sensitive the consumer is about how they eat, how they live, how they dress, where it comes from, the more money will flow into those companies,” said Ariel Ohana.

“There’s a lot of innovation that can happen, but I think it’s going to take the artists and the designers, the companies that have the ability to actually use their market messaging,” said Rockefeller.

She and her husband David Rockefeller, whose conservation work focuses on ocean and soil health, were in Paris at the same time as the COP21 climate summit.