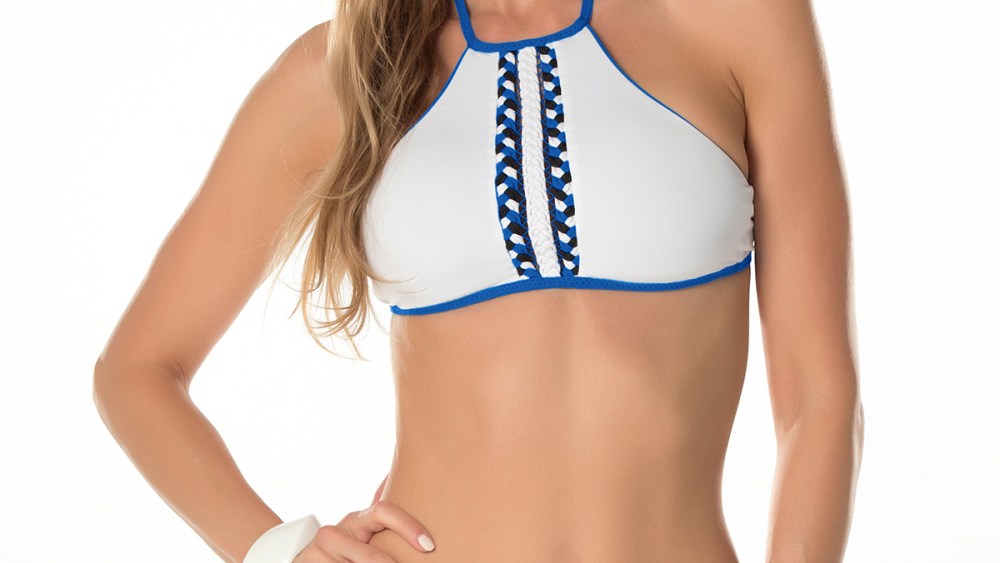 MIAMI – The scorching heat was a common topic at SwimShow, which was held here along with satellite trade shows Cabana, Hammock and Coast. Old-timers said temperatures seen at times this summer were some of the highest they’ve experienced in years. Of course, it has been a boon for the sector, which is battling fast fashion, markdowns, e-commerce, climate change – not to mention the economic uncertainty of an election year. Everyone’s become a slave to the fickle whims of social media, too.

“It used to be that a girl came in looking for a nice suit. Now she has her iPhone with a celebrity’s Instagram of the exact suit she wants. It’s changed the whole game,” said Linda Crouch, national sales manager for Seafolly.

Besides hoping they have said suit in stock, retailers are adapting to a more fast-paced, competitive market by fine-tuning their buy. They reined in previous markets’ free-for-all spirit when it seemed swimwear had no limit to the amount of looks and lines by being more mindful of price, vendor relationships and truly special product.

“I carry something for everyone, but $200 retail is my sweet spot,” said Dody Turner, owner of Dody boutique in St. Petersburg, Fla., who made notes about Delfina, Frankies Bikinis and Anna Kosturova. “Since people shop online, I have to pay attention to price more than ever. Plus, my open-to-buy is slightly down due to road construction, and I’m nervous about politics.”

Megan Weber and Anne Engelerdt Salcedo, retail consultants for 20 luxury resorts, adjusted their strategy by allying with brands that allow them to trade product if a size in a swimwear set sells out, change orders on the fly and offer markdowns on the same schedule as department stores. They attribute a healthy open-to-buy to never being overstocked and brands operating closer to market in the buy-now, wear-now economy.

“Because people can hear about and order anything on their phone, we are revisiting our strongest vendors,” said Weber, though traditional print media still factors into her wealthy traveler niche. “Our customer is reading Vogue and InStyle at the pool and wants to find editorial suits in our stores on the spot.”

Their customer hesitates to pay $500, so a style better be rare to justify the purchase, like hand-painted Panama hats that were reordered despite their $450 price tag. All around the shows, one heard about unusual product and quality touches, whether Seafolly’s exclusive French jacquard, Rhode Resort’s hand-embroidered caftans inspired by frescoes and antique carpets, or Evarae’s heat-resistant metal hardware and laser-cut, printed mesh.

“I wanted to push the boundaries of technology so it isn’t just a fashion piece,” said Evarae founder Georgia Thompson, whose swimsuits retail from $250 to $400.

“Our international business is down because of the strong dollar, but low gas prices are bringing in more domestic tourism,” Rubin said.

Lauren Ponzini, a senior account executive for Island Soul junior’s division by Breaking Waves International, said her customer also reacts to newness. High necks, which are peaking, and flounced tops, which are on the decline, along with braiding and crochet were among the trends she spotlighted as being in the midst of their  three-year cycle, her estimate for how long most trends last.

“We can continue a trend if it’s completely different than last season because our girl is looking at Mikoh’s Instagram and going to H&M,” she said.

Off-the-shoulder or cold-shoulder tops are just starting. Laundry by Shelli Segal offers the style as a one-piece with lace-up sides, while Seafolly translated it for bikinis with Havana-hued, cha-cha stripes, or pale pink ruffles and sculpted cups.

Reversible suits evolved from print and solid color combinations to engineered prints on both sides with printed mesh and lace accents. Luli Fama’s graphic designers spent a year perfecting a saturated tattoo print for a reversible, Lycra and mesh one piece with long sleeves and side cut-outs, according to founder Luli Hanimian.

“Reversible is important for our business because the consumer looks for maximum ways to wear suits,” she said, adding functionality with the rise of water sports trumps tan lines. “They’re also more interested in something they can throw on with jeans and go out.”

Convertible suits give wearers the option to tan, but it was evident throughout booths that people are avoiding the sun. Multiple straps of every width appeared on bottoms, especially high-waisted; intricate monokinis like Kenneth Cole’s were rampant, and high necks dripped with lattices, crochet and tassels.

“It’s about fashion now. Everyone slathers on SPF 100 and sits under an umbrella,” said Jessica Sierralta, owner of Mermaids Boutique and Kai Lani resortwear in Miami.

Rather than separating out ath-leisure collections, vendors mixed the categories into hybrid collections. Cropped tops, leggings and jackets were designed in swim fabrics to jog, do yoga and take a dip without changing.

“We noticed on Instagram that our girl was always doing something active,” said Angi Hart, director of merchandising and sales for L’Space, which launched cropped tops with long sleeves and open-tie backs, leggings and shorts in swim fabrics.

She also received good response from a black ribbed group including a one-piece with a high neck and high leg called “the flash,” a reference to the film “Flashdance.” Manhattan Beachwear devoted the back wall of its booth to the reintroduction of La Blanca’s signature one piece with high legs and two oversized, gold buttons on sides. The “anniversary suit” in eight colors like sapphire and cranberry retails for $99. Howie Greller, vice president of design and merchandising, witnessed the original’s success.

“I was president of La Blanca in 1980 when it came out, and it was the hottest suit in the country for two years.”