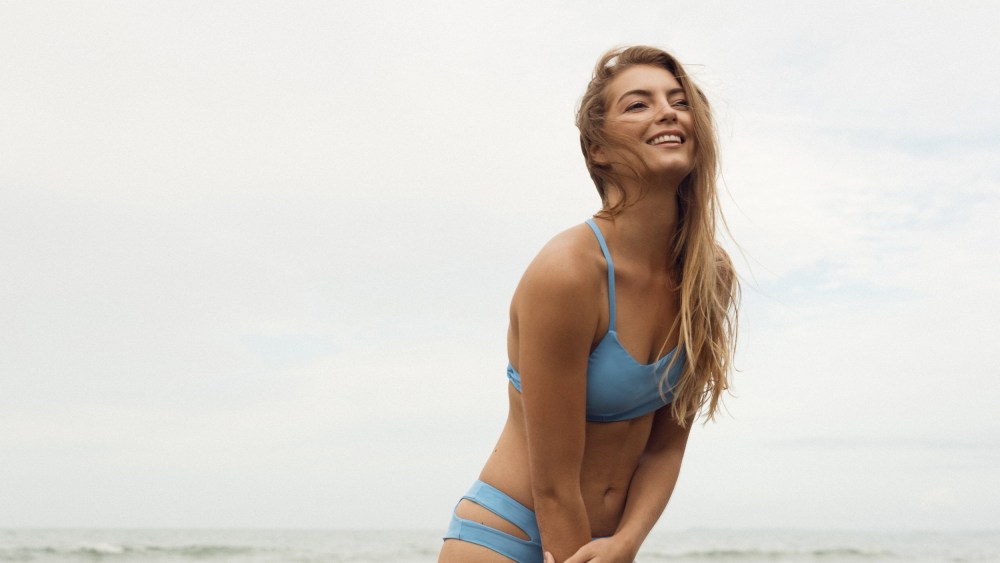 PARIS — With accountability and transparency hot industry watchwords, a growing number of swimwear labels looking to distinguish themselves from competitors are positioning themselves as brands that have nothing to hide — from the supply chain to the price tag.

Cultivating “honest” dialogues with manufacturers, employees and customers, many swimwear brands already lift the curtain on production processes and sourcing on their web sites. Some are baring it all, down to the cost breakdowns, detailing everything from materials to labor to transportation.

With the swimwear market having been dominated by wholesale for so long, Summersalt figures among the direct-to-consumer players shaking up a market due for a disruption. By working with manufacturers directly, the brand claims its swimwear offers the quality of a designer suit, but for $95. “Get lost, middle man. Our designer suits are direct to you for just $95,” reads the web site, asserting the equivalent in retail would cost $350.

The brand, which launched in May 2017 and claims waiting lists for several products, has managed to hit a number of milestones, both from the venture capital/investor and internal-goal perspectives, according to cofounder Lori Coulter.

“We’re very pleased with consumer acceptance, both in terms of social media traction and sales, which have gone way beyond expectations, we continue to blow through inventory,” she said. When asked if, as a digitally native brand, they could ever imagine opening physical stores, Coulter said they are “looking at all avenues.”

Fellow U.S.-based Beefcake Swimwear figures among players practicing “radical transparency” à la Everlane, meanwhile. The label, which specializes in one-piece unisex swimsuits made from high-performance sustainable fabrics in shapes based on Twenties wool swimsuits, launched on Kickstarter in spring 2017, and began selling online in November of 2017.

The brand produces its garments in small batches working with a “woman-owned manufacturer” in Portland, Ore., where it is based.

“When I began researching how to set retail prices, I discovered that very few companies will admit how much it costs to produce their clothes,” said founder Mel Wells, who claims she chose to not “mark up these swimsuits as much as I should” because she thinks that pricing things as high as “the market will bear” is predatory and ethically wrong.

“Speaking of transparency, as of this post, I haven’t paid myself a cent, and I’ve been working on Beefcake Swimwear since 2015,” she writes on her blog. “I’m lucky to have a day job which provides a living wage and health insurance while I figure out how to make this company sustainable. Almost 50 percent of startups don’t make it past the first four years, so we’re still in the danger zone.”

New Zealand-based Aurai Swimwear lists its suppliers and shares insights on how its pricing structure works on its site. “Of course those percentages change from product to product, but it’s pretty indicative, and we spent a lot of time on it,” said founder Natalia Bertolo. About 30 to 40 percent of the price tag represents the “workmanship” that goes into the piece, including pattern adjustments and grading, with 10 to 20 percent representing profit.

Bower Swimwear, a luxury sustainable swimwear label based between London and Biarritz, France, is mulling adding pricing transparency for resort 2019. “We are definitely looking at it; it costs a lot to produce our swimwear, and I think [customers] would be surprised to [discover that],” said cofounder Fiona Ryn, adding that the brand’s customers haven’t yet expressed much interest in understanding what prices are based on. “The industry says there is demand, however when we’ve done surveys with our customers, it’s not one of their priorities, but it’s shifting,” she said.

Below, a roundup of brands offering transparency.

Summersalt
Launched: 2017
Cofounders: Reshma Chamberlin and Lori Coulter
Based: St. Louis
Manufactures in: The brand works with recycled textiles and manufactures its collections in New York and China.
On transparency: “From the very beginning, our goal was to offer designer product without the designer price point….We really saw a gap in the market between the true designer brands and the discounters; nobody was really owning that space,” said Coulter.
Key spring 2018 styles: The Capri — launched last month as part of a limited-edition collection with Italian footwear brand M.Gemi; Swan Dive, and Sidestroke, which has racked up wait lists of more than 4,000 customers in two weeks.
Prices: Bottoms cost $45, tops $50 and one-pieces $95.
Sold at: Summersalt.com

Beefcake Swimwear
Founder: Mel Wells
Launched: 2017
Based: Portland, Ore.
Manufactures in: Portland, Ore.
On transparency: “We are transparent about our pricing and manufacturing practices because we believe our customers deserve to know what they’re paying for. We want the talented people who make our swimsuits to be paid fairly, and we want the people who buy our swimsuits to feel good about their purchase.”
Key spring 2018 styles: The Original and Dreamboat suits.
Prices: $99
Sold at: “Right now we only sell through our web site. Selling direct from the manufacturer to the consumer helps us keep costs down. We hope to do more pop-up shops in the future, but that will probably have to wait until next year.”

Bower Swimwear
Launched: 2015
Founders: Fiona Ryn and Rupert Tapper
Based: Between London and Biarritz
Manufactures in: Italy
On transparency: “At the moment we are transparent about our production processes, we have worked really hard to keep everything in Europe because it allows us to stay aware and educated about what’s going on with every element of our production process, and we will quite happily share that with our customers. With regards to sharing pricing breakdowns, we’re looking at lowering our prices to make the collection accessible to more people, which would mean shifting from a wholesale business to a direct-to-consumer.”
Key spring 2018 styles: The Ideal, made from an Italian fabric based on recycled fishing net, using processes that create as little waste as possible.
Prices: Full bikinis go from 130 euros to 180 euros.
Sold at: 23 doors including Matchesfashion.com, Liberty London and Mrs Mandolin.

Aurai Swimwear
Launched: 2016
Founder: Natalia Bertolo
Based in: Auckland, New Zealand.
Manufactures in: Novo Hamburgo in southern Brazil.
On transparency: “I’m seeing the demand [for transparency] increase, especially since the media has been reporting more heavily about all the environmental and ethical issues within the fashion industry. I truly believe it’s a company’s responsibility to be transparent, to provide information about its supply chain, at least. I have had feedback from lots of customers that went searching for transparency pages on other brands’ websites after having visited mine. That means it’s already doing its job,” Bertolo said.
Key spring 2018 styles: The Biarritz top — “It’s surf-safe in a timeless design that’s flattering in all sizes and shapes.” The Siargao bottom features a Brazilian cut, and is reversible. “One of the key elements of eco-friendly fashion is functionality, so we always add reversible pieces to our collections.”
Prices: Bottoms start at 39 New Zealand dollars; one pieces start at 89 New Zealand dollars.
Sold at: Aside from it’s own e-shop, the brand is stocked in Bohemia Gypsy in Raglan, New Zealand.