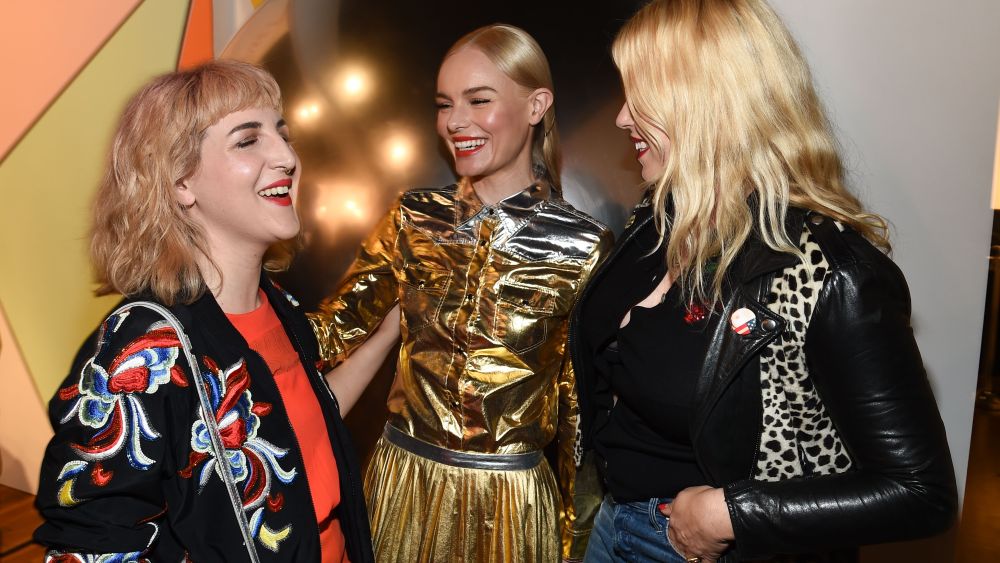 After walking through Refinery29’s “School of Self Expression,” created with Neiman Marcus during SxSW Interactive in Austin, Tex., Kate Bosworth’s husband Michael Polish kidded, “Hey Kate, I slipped a note in your locker.”

But the “lockers” at this high school-themed event were all grown up, as were the libations and “lunch trays” carrying mini tacos. The party was the kickoff to the weekend-long space, created to foster creativity and individuality with a dose of fashion-tech. After a visit that appropriately included Mexican, barbecue and country music, Bosworth sat down to talk about her first South by Southwest experience.

WWD: It’s your first year at South by. Other then food and music, what are your thoughts on the increasing tech presence?

Kate Bosworth: I’m fascinated with the combination of tech and fashion; it’s a territory that is expanding exponentially. It’s an exciting time to be a part of it and to observe it and participate.

WWD: Any fash-tech projects in the works?

K.B.: I can’t say much — I hate when I read that, but it’s true — but there’s a company that I’m working with right now and we’re constructing a deal that’s a really neat way of…I think everyone’s trying to figure out how to make apps shoppable, whether it’s Instagram or any of them.

This is what I’m learning from some of my favorite mentors, whether it’s [former Lucky editor and Instagram head of fashion partnerships] Eva Chen or some other really neat women, sometimes you just have to try something.

We are at the precipice where we’re going to succeed at some things, but most often you won’t. I think it’s important to participate and explore and learn and grow and take that on to the next thing. I’ve seen Eva do that time and time again and she’s such a big proponent of that and I’m excited to participate in that way.

WWD: Half the time, people forget even that you failed.

K.B.: I think that’s what tech’s about. And things are so fast now! Some of my most favorite, successful people have all said that failure is the most important part of the road to success, right? I think that’s important for young people to keep in mind, to not be afraid to fail. I was, growing up, and I’m becoming less so, because you realize it’s not that important.

I think everything is the end all, be all, when you’re, you know, in your early 20s, and then you start realizing that this is a life that isn’t always going to be at its pinnacle and its most successful, whether it’s a career or a moment in your life when you’re exploring something else. I’m glad I’m becoming more fearless, and less fearful.

K.B.: I’m wearing an outfit by an Italian company called No. 21. I saw this look and I loved it and I had it, but I didn’t know quite what to wear it to, because obviously it’s pretty bold.

WWD: Well, the theme here tonight is to express yourself.

K.B.: I was just talking to the ladies behind this with Neiman Marcus and Refinery29. They were saying that they saw such a lack of female presence in the tech space, and that was the big inspiration for them to start this event. I feel excited and inspired by them, and humbled that they asked me to be a part of it.

It’s an exciting time; we have to really dig in and support each other.

I happened to meet Sheryl Sandberg recently. I really, really, really geeked out — like fully, and she was so kind and warm. And I said ‘I’m such a fan of you and what you’re doing and the whole lean in movement.’ And she said to come be a part of it, and I think that’s really the key, to not have it be something that we feel that we have to exclude anyone from, but let’s lean into it and embrace each other. This is a perfect night to really reflect that.

WWD: Do you consider yourself you’re a woman in tech?

K.B.: We all are. I think in today’s world, when we are in such a technically driven age, I think we all are. I think we’re all women and men in tech, and it will become a larger presence whether we like it or not, so in that sense, we are all a part of it.