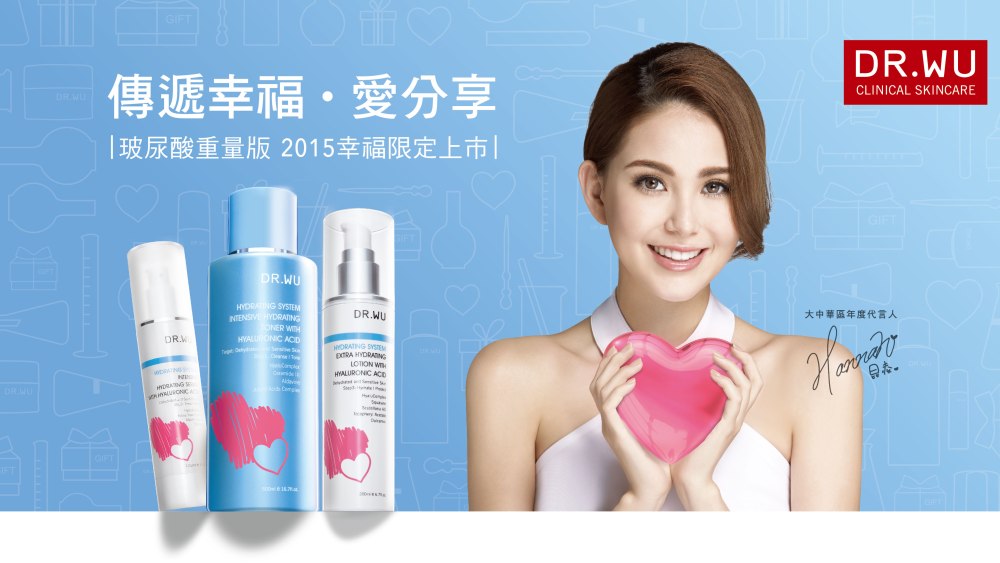 SHANGHAI — A skin-care brand born in the clinic of one of Taiwan’s most celebrated dermatologists and aestheticians is looking to make its mark on mainland China.

Dr. Wu — named for the aforementioned professor, Dr. Ying-Chin Wu — was launched in 2003 and claims to be Taiwan’s number-one skin-care brand by market share. This success at home has attracted an investment from LVMH Moët Hennessy Louis Vuitton SE‘s investment arm L Capital Asia — which currently has a 19 percent stake in the company — and led to a recently completed IPO, the third-largest in Taiwan for the first half of the year.

The IPO, which raised 800 million Taiwanese dollars, or $25.35 at current exchange, will help fund an expansion into China and Southeast Asia, where Dr. Wu is a new, but growing presence. According to ceo Eric Wu (who is also Ying-Chin Wu’s son), the brand broke even in China ahead of schedule, after only 18 months of operating in China, with 2015 revenue coming in at 30 million yuan, or $4.5 million.

The Dr. Wu brand is targeting 60 million yuan, or $9 million, in sales revenue from mainland China this year, and looking at somewhere in the realm of 200 to 500 million yuan, $30 to 75 million, as a goal within the next three to five years, the executive said.

Wu said the company only entered the mainland China market in 2014, when it was sure the clientele was sophisticated enough to seek out more specialized skin care.

“Our target customer has used most of the skin-care brands on the market already and they are seeking something better, or more specific, or more effective,” Wu said.

The company also upended its usual strategy when entering a new market (the brand has traditionally relied on drug stores when entering markets including Taiwan, Malaysia, Singapore and North America). Instead, it embarked on an e-commerce push, launching first on beauty-specific platform Jumei.com, before opening up to general e-commerce giants, like Alibaba’s Tmall and JD.com.

The company only boasts two counters in China — one in Shanghai and a second recently opened location in Beijing — and has plans for a total of five by the end of the year. Wu said the counters are being utilized as a branding and information tool while the bulk of sales are seen continuing to come via e-commerce.

This timing has also been fortuitous as it coincides with a broader growth trend in China for the skin-care market as a whole, as well as the cosmaceutical sector specifically.

Though Euromonitor doesn’t break out sales for the cosmaceutical sector specifically, Wu believes we can expect to see the sector outpace the growth of skin-care overall for the foreseeable future.

“Some people say the growth rate [for cosmaceuticals in China] is 30 or 35 percent every year, and the population who is interested in microsurgery is also growing,” he said.

“Our ambition is not to be the number one skin-care brand in China, but we want to be a leader in this niche sector and then when people talk about skin problems or microsurgeries, they will turn to Dr. Wu.”

Dr. Wu has been deliberate in its approach to China, with a product strategy focused on mandelic acid, a third-generation glycolic acid that peels and treats blemishes, rather than its top-selling hyaluronic acid line, as it felt the latter ingredient was already widely available to Chinese consumers from other brands.

In an age where social media content is key to garnering fan followings for brands, particularly in China, where the posts of celebrity endorsers are devoured by millions every day, Dr. Wu has chosen not to hire a megawatt Taiwanese actress or pop star. Instead has signed the wife of a celebrity as the brand’s face.

Hannah Quinlivan is the 23-year-old Taiwanese-Australian wife of Jay Chou, a Taiwanese singer long beloved on the Mainland and a recent addition to the judging panel of reality talent show, “The Voice of China.”

“When I signed her as an endorser, she had just gotten engaged, so we use her life experiences, planning a wedding, the wedding banquet, the honeymoon, getting pregnant and having a daughter,” Wu said. “It’s not just about a celebrity; it’s about a woman’s journey from being single, to becoming a wife and a mother. Our main target consumers are aged 20 to 35, so they are going through the same stage in their lives.”