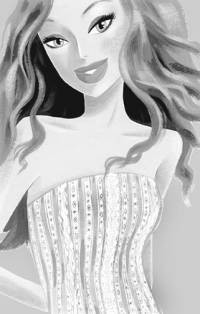 NEW YORK — Junior sportswear makers may want to begin some lessons in Chinese, Italian or French.

With a rough year behind them, clothing companies serving the teen crowd are making changes to ensure that 2003 will be a better year. Trends are shifting from the frilly and feminine bohemian looks to slightly harder military-inspired looks, with denim items playing a much smaller role than in the past couple of years.

But it’s not only the trends that makers feel will better their numbers. Many junior brands are turning to exporting for growth, finding a new customer base in Europe, South America and Asia. Many firms have been using manufacturing facilities overseas for years, finding it more cost efficient and easy to get garments produced fast, and now they’re going after the consumers in those foreign lands.

Mark Levy, president of Younique, a 25-year-old firm based here, said he has used domestic manufacturing facilities since he opened the business, but decided to move it to China just over a year ago.

“It’s easier to manufacture in China since it is the best resource for denim and embroidery,” he said.

But Levy has yet to open up to retailers overseas. While he said he isn’t closed to the idea of it, he has found the new move to manufacturing in China helpful in cutting costs.

At the Los Angeles-based Hot Kiss, overseas expansion is high on the list of priorities for the new year. The line can already be found at various retailers throughout Canada and Japan, but is in negotiations with a major Chinese department store to begin a line there.

While Moshe Tsabag, the company’s president, wouldn’t discuss all the details of the eventual China deal, he said the company’s international licensee, Cherokee Inc., is also in talks to begin Hot Kiss shop-in-shops in major department stores in England. Also, the company hopes to expand into Germany and Chile before the end of the year.

“We will be in the U.K. very soon and it’s a very important market for us,” Tsabag said, noting that it would not only be the Hot Kiss sportswear collection available overseas, but also an array of licensed products, such as handbags and watches. “There is a huge demand for young, hip American brands to be available overseas.”

Tsabag said he began thinking of expanding his business internationally when he was approached by several major retailers, but decided that 2003 would be the year to do it. While the denim trend in the U.S. has taken a backseat to other fabrics, he hasn’t seen this same slowdown overseas.

Dollhouse also is making moves overseas. The company just signed a license with a South Korean licensee to produce and distribute products there. According to Edward Ash, licensing director of the brand, this is the first step in making Dollhouse a global brand.

“Korea is an emerging fashion-forward country,” Ash said. “It’s growing in leaps and bounds and I think we will do very well there.”

Ash said that since jeans are known as an American casual wardrobe staple, he is sure the denim part of the Dollhouse business will sell well in South Korea.

“When it comes to junior fashion, America is number one,” he said. “This is where fashion is, music and movies, something that the Asian population is very interested in.”

When the line is launched in Korea, the company will also introduce a new ad featuring Ji Hyun Hwang, a popular Korean actress. Ash said he hopes to open to retailers in South America before the year is out.

Ady Gluck-Frankel, owner of Necessary Objects, also sees the benefits of selling to international retailers. She already does business with stores in Japan, Ecuador and Argentina.

“Anything American-made is a plus,” Gluck-Frankel said. “There is a certain cachet to owning something made in America. European clothes tend to be not as wearable and American clothes at this price point are trendy and sexy, but still wearable.”

At Rocawear, an urban-rooted brand, European expansion has become a key growth vehicle. Owned by rapper Jay-Z and music executive Damon Dash, the company has grown to a $250 million business in just over two years and is taking its next step toward expansion by opening an office in Amsterdam.

Clues that the company was opening up to the European market were given when its last fall-winter campaign was shot in Paris, with the Eiffel Tower as its backdrop. With the company’s plans to enter various European countries, it hopes to prove that its slogan, “It’s not where you’re from, it’s what you Roc,” is valid.

“This campaign is all about taking the brand worldwide,” Dana Hill, vice president of marketing, told WWD in August, noting that the company is looking for a partner to beef up its presence in France, Germany and England, since its distribution outside the U.S. is limited. “What we’re saying in the campaign is that we’re not trying to fit in. We’re going to wear Rocawear in Paris the same way you would wear it in Harlem.”

Since the campaign shoot, Hill said the company’s Amsterdam office will open this month and plans for a runway show during London Fashion Week are in the works.

Rocawear’s move into Europe can be some good news for retailers. For Georges Caufriez, who runs Le Shop, a young men’s and women’s wear specialty shop in Paris, his customers recognize the sporty style of American brands. But he pointed out that many of the American brands he carries, including Stüssy and Carhartt, retool their collections to match European standards.

“Some American brands are too sporty for the kids in Europe,” Caufriez said. “Kids here like the sporty style, but they want a little bit more urban sophistication, too.”

Meanwhile, Caufriez said the shop has done well with American brands with a dash of hip-hop attitude, such as Akademiks.

“We have no problem moving American brands,” he said. “In the end, it’s just a question of style.”