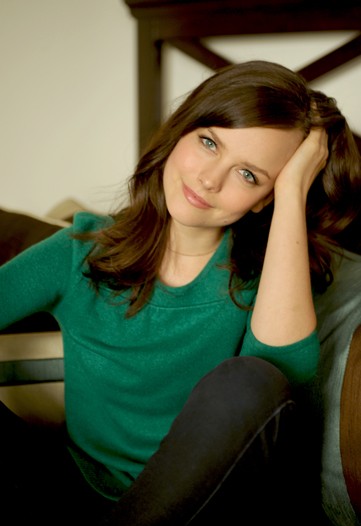 At 23 years old, actress Allison Miller is not always thankful for her baby face. “I have to deal with people carding me all the time and frequently asking me where my mom is,” says the petite brunette.

But her fresh-faced look is exactly what helped her land the part of a perky teenager in the new comedy “17 Again,” in theaters Friday. The film is about a disillusioned thirtysomething (Matthew Perry) who ends up back in high school after wishing he was a teenager. It’s like “Big,” except the main character gets younger instead of older. Zac Efron plays the younger version of Perry while Miller plays the adolescent version of Perry’s wife (Leslie Mann).

“Leslie has a very pleasant voice, and I tried to play off her lilting sound,” says Miller. But she admits her acting skills could only go so far: “We were both at the screen test looking at each other thinking, ‘Yeah, I don’t know.’”

Miller’s own teen years were spent moving from state to state with her mother and father, a newspaper reporter whose beat changed often. While her upbringing helped give the actress the confidence to try out for the school play as a senior in Tallahassee, Fla., becoming 17 again isn’t something she herself is eager to try. “I’m glad time doesn’t work that way,” she says. “I was terrified and pretty naïve [when I was 17.]” Nevertheless, “It’s a universal desire. Everybody wonders how they got into their situation.”

After a brief detour studying at the University of Florida and Rhodes College in Memphis, Miller returned to acting and moved to Los Angeles. There she quickly booked small roles on “Desperate Housewives” and “Boston Legal.” She now stars in “Kings,” NBC’s new sci-fi drama based on the story of King David but set in modern times. To prepare for her role as Princess Michelle Benjamin, Miller consulted press clippings about real-life royals like Princes William and Harry and Charlotte Casiraghi, daughter of Princess Caroline of Monaco.

“They seem to really value their privacy and want to keep people at a distance,” observes the actress. “And you know, they stand up straight.”