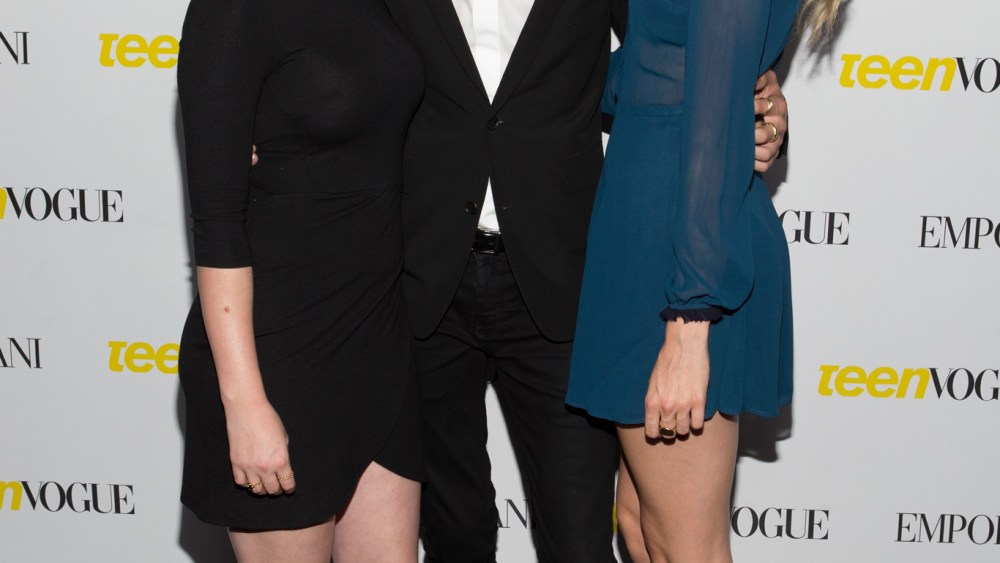 Per back to school tradition, Teen Vogue celebrated its 13th annual Young Hollywood issue Friday night with a house party in Beverly Hills.

“I feel like I know everyone now because I’ve been coming for so many years,” “Modern Family’s” Nolan Gould said. “It’s kind of out of a dream where I can walk into the party and know everyone. I’m like the guy in the movie that walks in and is high-fiving everybody.”

Among the fledging stars who appear in the issue were “Dope” actor Shameik Moore; Mackenzie Foy of “Interstellar,” and Kiernan Shipka, who said, “I had a ball the entire shoot. We just got to know people further and just chill and spend the day together.”

Since there’s not too much drinking going on, the highlight of the party is always the musical performances. The opening act, Alessia Cara, had wise words for the young crowd: “This song is about nostalgia and wishing I can stay a certain age, because growing up sucks. I hope you guys can all enjoy this song and live in the moment,” she said before launching into her hit “Seventeen.”

Cheers followed from the crowd, who included Jack Kilmer, Kaia Gerber, Halston Sage, Yara Shahidi, Victoria Justice, Maddie Ziegler, Sarah Hyland, Rowan Blanchard and fellow performer Tove Lo, who squeezed the party into her packed tour schedule. “We’re getting on the bus tonight, going to San Francisco, just touring for this month, and then I’m working on my next album,” she said.

However, the party wasn’t over. Moore showcased his footwork skills as fellow “Dope” cast mate Quincy Brown DJ’d the party, which eventually resulted in a dance off between the two.

“I know it’s a young crowd and I’m an adult,” Brown said. “It’s a lot of teenagers in here, but that doesn’t mean anything. I know how to play universal music that sounds good and feels good. I just want to get people singing and having a good time.”