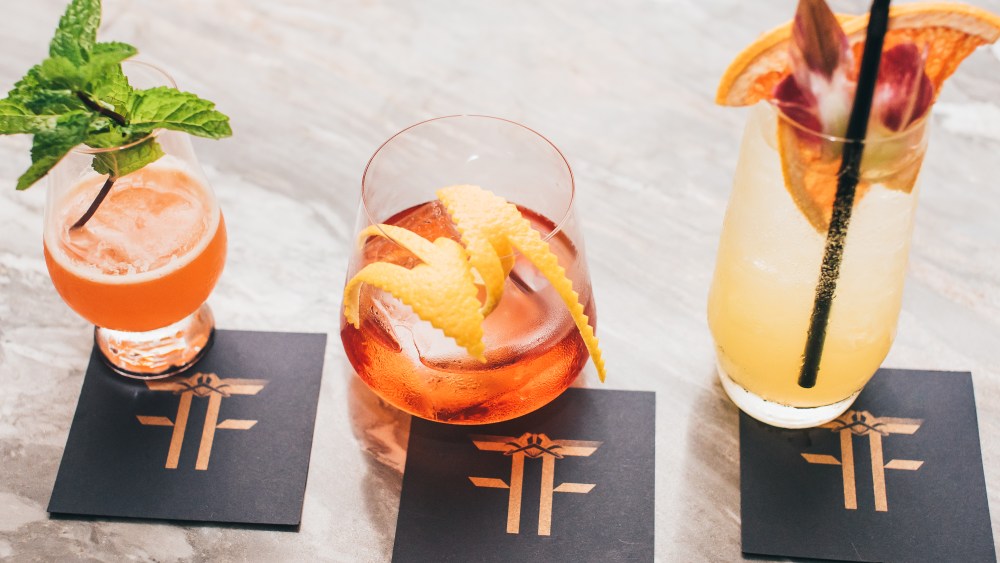 HONG KONG — With three haberdasher stores to their name including a TriBeCa outpost in New York, the team behind The Armoury has ventured into the world of food and beverage with their latest concept, Foxglove, an umbrella shop/speakeasy.

Located on the bend of Ice House Street in Central Hong Kong, Foxglove is an ode to the romance and history of fine-crafted umbrellas. The small retail space stocks only one brand — Fox Umbrellas, hence the name — but there’s more than meets the eye.

Behind a secret sliding door in the umbrella shop lies a gentleman’s lounge and restaurant. Figuring how you get in from the store is half the fun and the surprises don’t stop there. There are more secret rooms in the back but whether you’ll see them depends on your own cachet.

Not that The Armoury harbors ambitions to become a full-fledged restaurant. Rather the kitchen is run by Ming Fat House, the team behind Mrs. Pound, a cabaret-themed Asian diner just one neighborhood away. Foxglove’s food isn’t expansive — roasted guinea fowl, lobster tagliatelle, beef and foie gras sliders are some of what’s on offer — but it stocks a serious collection of whiskeys that can be enjoyed while listening to the live jazz band.

“There are some walking sticks as well, it’s a mixture. We’ve sprinkled a few other things too like fragrances by D.S. & Durga,” said Alan See, cofounder of The Armoury.

So why umbrellas instead of shoes, ties or leather goods? See said there are a lot of walking sticks and umbrella enthusiasts in Hong Kong, and the category has been a draw for customers at The Armoury stores.

“It reminds people of their father or grandfather,” See said. “There’s a history and romance to it.”