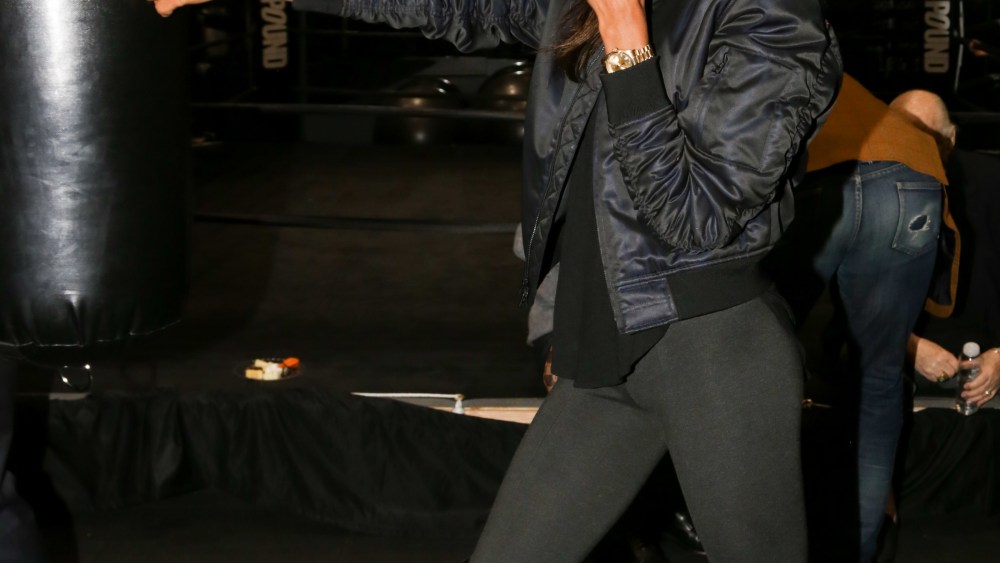 The Dogpound is a new, buzzy gym that’s attracting a varied bunch.

Its patrons range from Victoria’s Secret models to suit-wearing finance guys and they all came out on Thursday night to celebrate the grand opening of the TriBeCa gym.

“It’s Chufy!”exclaimed Brey Pena, an energetic Dogpound trainer who started the concept with Kirk Myers, a trainer from Kansas City, and his brother Dawin Pena. Brey was greeting model Sofia Sanchez de Betak — her nickname is Chufy — who has been working out with the Dogpound for about two months.

“We didn’t reinvent the wheel,” said Brey when asked what makes The Dogpound workout so appealing. “But we bring a welcoming energy. Gyms can be intimidating, but when you walk into the door we make you feel like family.”

The Dogpound began as a group of connected male friends including Hugh Jackman, Nigel Barker and Tom Farley, president of the New York Stock Exchange, who trained at other gyms until they were eventually asked to leave. Now they have a permanent, matte black space, which was designed by Fabien Baron, another Dogpound fan, that has been up and running for the past two months.

According to Brey, the big shift in clientele happened when Martin Christopher-Harper, a celebrity hairstylist they were training, told one of his clients, Victoria’s Secret model Jasmine Tookes, who then spread the word to her fellow model friends. Tookes attended the party along with Sara Sampaio, Josephine Skriver, Andy Cohen, Baron, Barker and Nadine Leopold.

Although it’s become a new place for the fashion industry to train, Betak said she enjoys the gym because it feels far removed from that world.

“There’s no staring at yourself in the mirror here like there is at other scene-y gyms,” said Betak, who works out at The Dogpound three to four times a week. “Here it’s more about sweating and screaming. They are just from another world. They don’t talk about fashion or the business. They just kick your ass.”

Barker, who is also an investor in the gym, had a similar sentiment.

“People love the idea of actually having fun in the gym,” he said. “The original group were guys in their 40s and some in their 50s and it was sort of like a midlife crisis that was ideal because instead of buying the Maserati, we turned our bodies into the Maserati.”