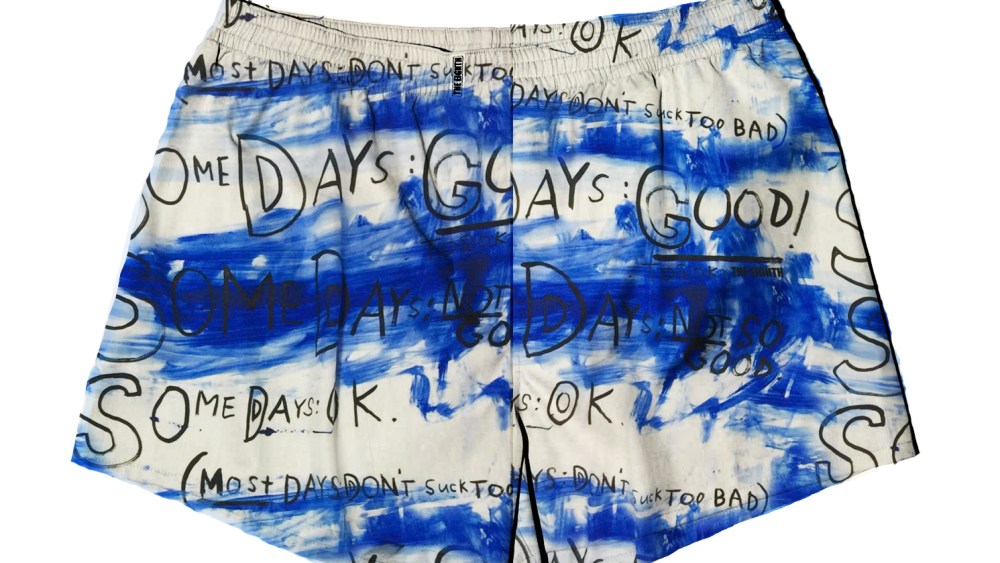 The underwear, which will retail for $175, features prints inspired by two of Phillips’ works, Weed II and Engine. One style is printed with a faded weed fauna print and the other is covered with engine imagery.

Phillips said he was impressed by The Eighth’s combination of design, material and the brand’s quality of imagery, which aligns with the precision required in automotive and hydroponic engineering.

The styles will be unveiled at a cocktail reception at The Webster on Collins Avenue during Miami Art Basel on Dec. 3 and will be available for purchase exclusively at the boutique.

At the same event, The Eighth will preview another collaboration with artist Jim Torok. The brand’s sand-washed, silk charmeuse slim boxer will retail for $175 and boasts bold bolts of blue that were referenced from Torok’s Some Days piece. These styles will also be sold at The Webster in Miami in December and on The Eighth’s e-commerce site starting in January.

The Eighth, which is based in New York, was founded by chief executive officer Leesa Wagner, creative director Jason Cauchi and artistic director Annebet Duvall earlier this year. Wagner has a background in philanthropy, while Cauchi was formerly design director at Alice Roi. Duvall previously worked as an editor at Nylon, Vogue, Jane and Seventeen.