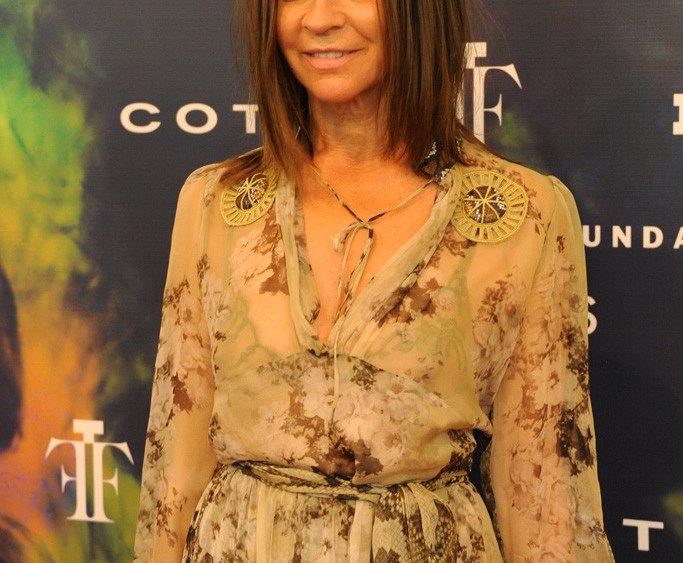 L’Oréal, Victoria’s Secret, Estée Lauder and Coty all left Lincoln Center Monday night toting multiple Fragrance Foundation Awards. But it was not the accolades for products that brought the crowd to its feet in Alice Tully Hall. It was the recognition of two industry leaders, Michael Gould and Carlos Benaim, that each ignited standing ovations.

He was introduced by Leonard A. Lauder, chairman emeritus of the Estée Lauder Cos. Inc., who asserted that despite his distinguished retail career Gould is a fragrance manufacturer at heart — “He’s one of us,” which was proven by his “brilliant” management of Giorgio Beverly Hills. Lauder lavished his old friend with praise, saying at Bloomingdale’s “he was at the helm of one of the great fragrance operations. There’s a difference between managers who do things right and leaders who do the right thing. Michael always does the right thing.” Lauder, however, couldn’t seem to resist pointing out that like in his marriage, he and Gould sometimes had their squabbles. “Mike, we never made enough money from Bloomingdale’s,” Lauder pointedly said, then smoothed over the moment. “But Mike, you were always right,” he continued. “You are our hero because you are part of us and who helped make fragrances such a great part of the American experience.”

Gould later agreed: “I admit, this business I love the most of all.” He then proved that he could give as good as he got by referring to past dustups with his friend.

“He and I remember the bay in Beverly Hills that he deserved to lose,” Gould quipped, in reference to his tenure at the helm of J.W. Robinson. “And now he says I’m right.”

But when the laughter died down, Gould turned serious again, praising Lauder and late wife Evelyn for their contributions to the industry and to the world in fighting breast cancer. The metaphor that ran through Gould’s speech was the ancient Chinese belief that “when a child is born, an invisible red thread connects one child’s soul to all those people in the present and the future who play a part in that child’s life. As each birthday passes, the thread shortens and tightens and brings closer those people who are fated to be together.” He continued, “34 years ago at Robinson’s, I was that child.” Then Gould cited all the key people in his professional development, starting with Leonard and Evelyn Lauder, then moving on to his bosses — Bill Arnold, ceo of Associated Dry Goods, and Jim Preston, ceo of Avon, the owner of Giorgio, and finally singling out Linda LoRe, “who was responsible for building the biggest Giorgio business and the biggest fragrance business in the U.S.”

“I have a red thread with so many people here,” he concluded. After quoting the line from Angelou, he concluded, “You made me feel like the most special person there can be in this industry and I only hope in some small measure that through all the partnerships and friendships I’ve made over these 34 years, that I have made you feel a fraction as special as you have made me feel.”

Benaim, master perfumer at International Flavors & Fragrances, was presented with the Perfumer of the Year, Lifetime Achievement Award by Nicolas Mirzayantz, group president of fragrances at IFF.

The perfumer’s 1978 smash hit Polo was the first of many industry standards he created. “His signature fragrances have become market leaders and classics,” Mirzayantz said. “Carlos is a master in anticipating our clients’ desires and needs; finding the crucial point between the brand tradition and its future, while fully respecting the character and identity of each brand.” He also keeps an eye on the future, Mirzayantz added.

In accepting the award, Benaim said he had been asked if, after 45 years in perfumery, he could say what makes a hit or a flop. “You have to give something of yourself,” he replied. “The fragrance has to have a piece of oneself.…What really moves a consumer is when they feel the intense emotional involvement of the perfumer behind his creation. Perfume is more than a product. At its best, it is a piece of art. I would call that the power of the creative mind. Paradoxically, the other irreducible fact is the power of collaboration. Nobody does it alone.” He then turned to his colleagues, saying, “I want to thank our exceptional team of IFF perfumers. Many of the successes mentioned tonight I had done in collaboration with you. My success is your success and a piece of this award belongs to you.”

Benaim then asked the perfumers in the hall to stand “and be recognized.” A sizable group of people stood up and the concert hall burst into applause as the audience rose up.

That was a far more solemn and inspiring moment than when the awards ceremony began with Dana Carvey returning for a second year as host with Carine Roitfeld and Coco Rocha as cochairs. “I’m honored,” Carvey said about his return engagement. “I must be the best smelling comedian in America, next to Larry the Cable Guy and David Spade.”

Later in the program, he did a spoof at the piano by singing a song composed entirely of nonsense lyrics. His comic version of a concert performance served as a high jinks echo of a thoroughly inspiring and beautiful rendition of Leonard Cohen’s “Hallelujah,” which was performed earlier in the program by Judith Hill, one of the stars of “20 Feet From Stardom.”

As for the race for awards among the brands, L’Oréal took home four of the coveted prizes, three for Ralph Lauren’s Polo and the fourth for Giorgio Armani’s Privé Rose d’Arabie. Lauder won three awards, including one for Tom Ford Rive D’Ambre. Modern Muse Eau de Parfum won for best women’s fragrance and it signified the most powerful fragrance introduction the Estée Lauder Division had mounted in years. The third Lauder honor was bestowed for the Clinique division’s Happy fragrance, which won the Hall of Fame Award.

Victoria’s Secret also had a memorable night. Victoria Secret Very Sexy Platinum for Him won the Men’s Popular Award, while Victoria by Victoria’s Secret snared Women’s Popular and the women’s division of the Consumer Choice Awards. Coty took home two packaging awards, one for Marc Jacobs’ Honey and the other for Bottega Veneta Pour Homme. Meanwhile, Our Moment by the Britpop band One Direction from Elizabeth Arden won the Consumer Choice Award in the celebrity category.

If the foundation ever handed out awards for best acceptance speech, one definitely should go to Susie Coulter, Brand President of Victoria’s Secret Beauty. By the time she was called up to the podium to accept a third award, she had run out of people to thank.

She announced, “Now I really don’t know what to say.”

AND THE WINNERS ARE…

Fragrance of the Year Popular Women’s:
Victoria by Victoria’s Secret

Media Campaign of the Year Women’s:
Jean Paul Gaultier Classique by Beauté Prestige International and No.5 by Chanel